Inside The Call: Garmin Overcomes Logistics Constraints To Deliver Q3 Above Expectations 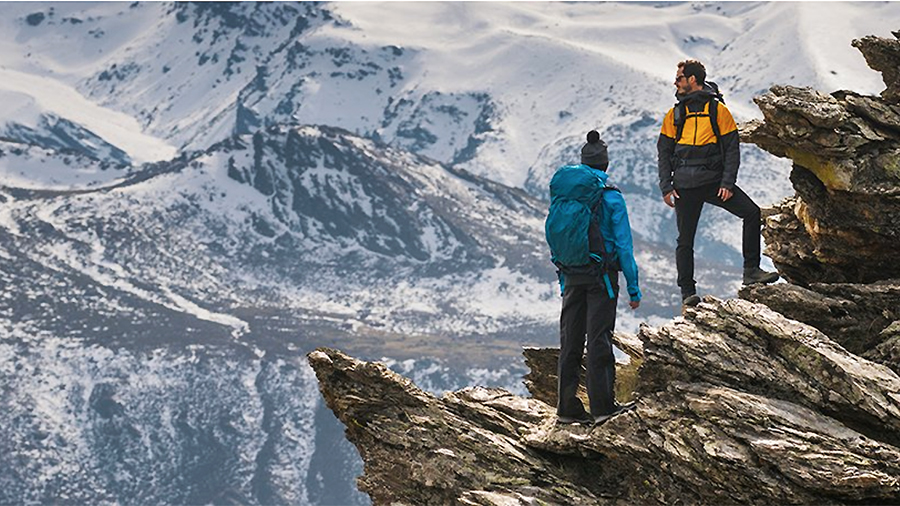 Garmin Ltd. raised its guidance for the second consecutive quarter as third-quarter results topped Wall Street targets due to outperformance by its Marine and Aviation segments.

On a conference call with analysts, Cliff Pemble, Garmin’s president and CEO, said the quarter’s sales performance reflected tough comparisons against “the pandemic-fuel levels we achieved in the prior year.” In the year-ago period, companywide sales were up 19 percent year-over-year, led by robust growth in Marine, Fitness and Outdoors segments.

Operating income in the latest quarter of $283 million represented an 11 percent decrease compared to the prior-year quarter. Pemble said the decline was due to the combination of higher freight costs affecting gross margin and increased expenses as investments were made in R&D, information technology and marketing initiatives.

Gross margins decreased slightly to 58.4 percent in the latest quarter from 60.2 percent a year ago.

“I am very pleased with our performance in the quarter as we are now comparing against the robust pandemic-driven growth from the prior year,” said Pemble. “Strong demand for active lifestyle products continued, and our marine and aviation segments recorded impressive double-digit growth resulting in record consolidated revenue in the third quarter. We are very pleased with the results we have delivered thus far, giving us the confidence to raise our full-year 2021 revenue and EPS guidance.”

Fitness Segment Expand 4.2 Percent In Third Quarter
Garmin’s Fitness segment revenue grew 4.2 percent in the quarter to $342.3 million, driven by solid demand for its cycling and advanced wearable products. The segment’s gain came on top of a 35 percent jump in the 2020 third quarter. In the latest period, gross margin and operating margins were 53 percent and 23 percent, respectively, resulting in $77.8 million of operating income, down from $87.1 million a year ago. 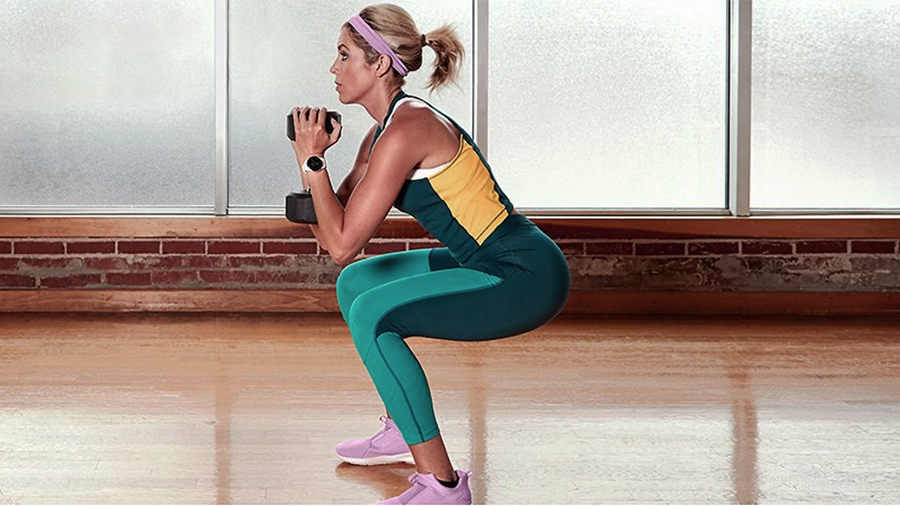 Pemble said, “Our connect IQ development platform is a strong differentiator for us, and we are deploying it across a broader range of Garmin devices. We recently held our fifth annual Developer Conference, where we announced a partnership with Dexcom to deliver real-time glucose information via a connect IQ app on selected smartwatches and cycling computers even during activities.”

With segment revenue growing 26 percent year to date, Garmin maintained its revenue growth estimate of 17 percent for the Fitness segment for the year.

Outdoor Segment Sees Strong Launch Of Portable Golf Monitor
In the Outdoor segment, sales decreased 3.3 percent in the quarter to $323.9 million, primarily due to the timing of product introductions in the prior year. The Outdoor segment saw 30 percent growth in the 2020 quarter.

Gross margin and operating margins in the Outdoor segment were 65 percent and 38 percent, respectively, resulting in $123.9 million of operating income, down from $147.5 million a year ago.

Pemble said the sales decrease was due to the strong selling activity associated with the launch of its Solar Adventure watches in the prior-year quarter and limited supplies of traditional handheld products in the current quarter. He said, “During the quarter, we launched the Approach R10, our first portable golf monitor. The AR10 can be used on course or at home to help golfers improve their game with more than a dozen key metrics and shown in real-time. Dealers are very enthusiastic about the AR10 and it’s on its way to becoming another halo product for Garmin.”

Outdoors segment revenue has grown 26 percent year-to-date, and Garmin is maintaining its growth rate of 17 percent for the year.

Full-Year Growth Outlook Raised For Marine Segment
The Marine segment revenue grew 25.4 percent in the quarter to $207.5 million with growth across multiple categories, led by strong demand for its chartplotters. The gains came on top of 54 percent growth in the 2020 third quarter. 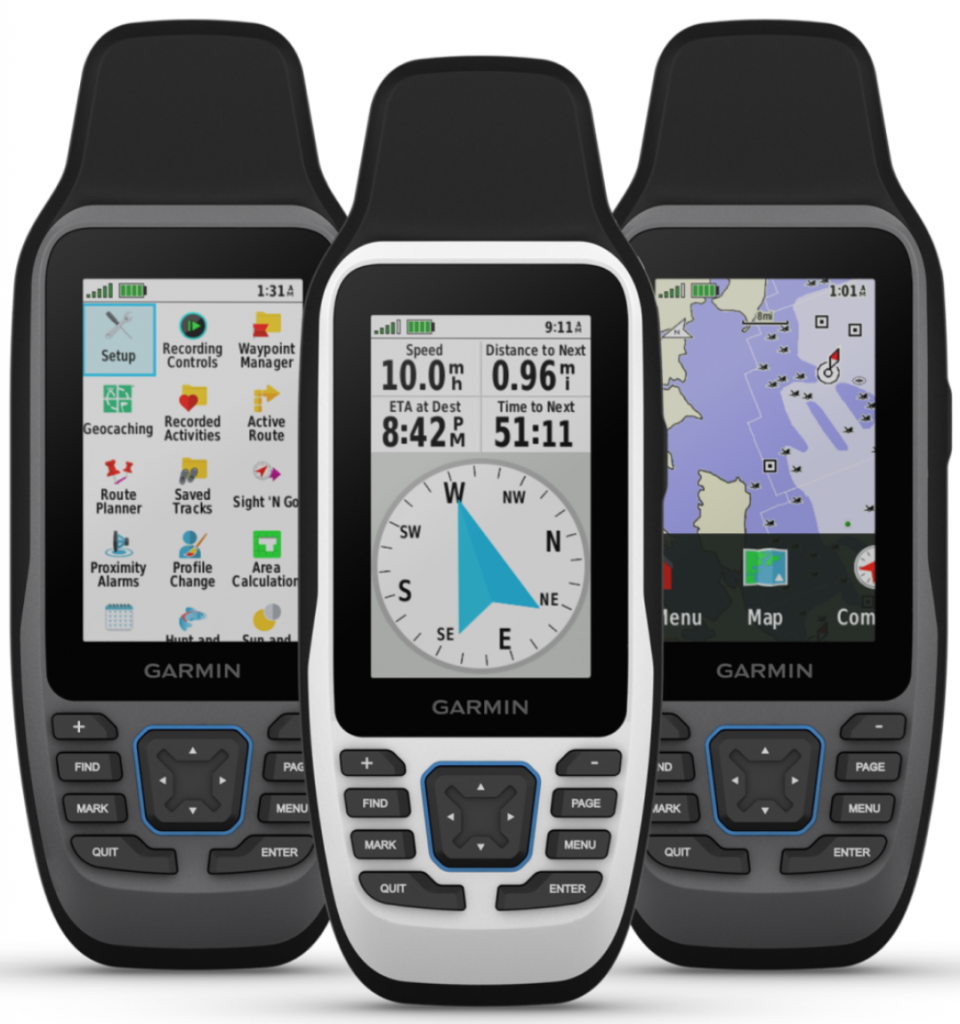 Gross margin and operating margins were 56 percent and 26 percent, respectively, resulting in $53.7 million of operating income, up from $50.5 million a year ago.

“We continue to be recognized for innovation and achievements in the marine industry,” said Pemble about the Marine segment. “For the seventh consecutive year, the National Marine Electronics Association named Garmin Manufacturer Of The Year, and we also received five product excellence awards. During the quarter, we introduced Surround View, the industry’s first intelligent camera system that provides a 360-degree bird’s-eye view around the vessel. We also announced our partnership with Malibu boats. Our seven-inch touchscreen displays will be standard equipment across the Malibu Axis boat line beginning with the 2022 model year.”

Given the strong year-to-date performance on the Marine segment, shown at right, Garmin’s GPSMAP 79 marine handheld series, the company raised its revenue growth estimate for Marine to 30 percent for the year, up from 27 percent.

In its non-active segments, revenue from its Aviation segment grew 19 percent in the third quarter to $180.2 million with contributions from OEM and aftermarket product categories. Gross margin and operating margins were 73 percent and 28 percent, respectively, resulting in $51.3 million of operating income against $28.9 million a year ago.

Auto revenue grew 7 percent during the third quarter to $138.1 million, primarily driven by growth in auto OEM programs. Its gross margin was 40 percent, and Garmin recorded an operating loss of $24.1 million in the quarter against earnings of $3.5 million a year ago. The loss was due to investments in auto OEM programs.

Outlook Raised For Year Despite Supply Chain Disruption
Based on its performance in the nine months, Garmin now anticipates revenue of approximately $4.95 billion for the full year, up from guidance of $4.90 billion previously. Among its non-active segments, the growth outlook was raised for Aviation, to 12 percent from 10 percent; and Auto, to 17 percent from 15 percent.

Pemble said two factors weigh on Garmin’s performance in the back half of the year. The first is year-ago comparisons that were impacted by pandemic-driven demand and retail disruptions.

“Also, we are facing one of the most challenging supply chain environments in history,” said Pemble. “Our vertically integrated business model and commitment to safety stock was a key factor driving revenue growth for the quarter. But supplies are tight, and we expect freight costs to remain elevated as we rush to fill retail shelves in time for the important holiday selling season.”

He noted that, as mentioned in the second-quarter conference call, Garmin had invested in a fourth production facility in Taiwan. The facility is now operational and will help support more orders during the important holiday selling season.

Pemble said, “We are pleased with what we’ve accomplished in this tough environment, and I’m very proud of our team who work tirelessly to maintain continuity supply from our factories to customers.”