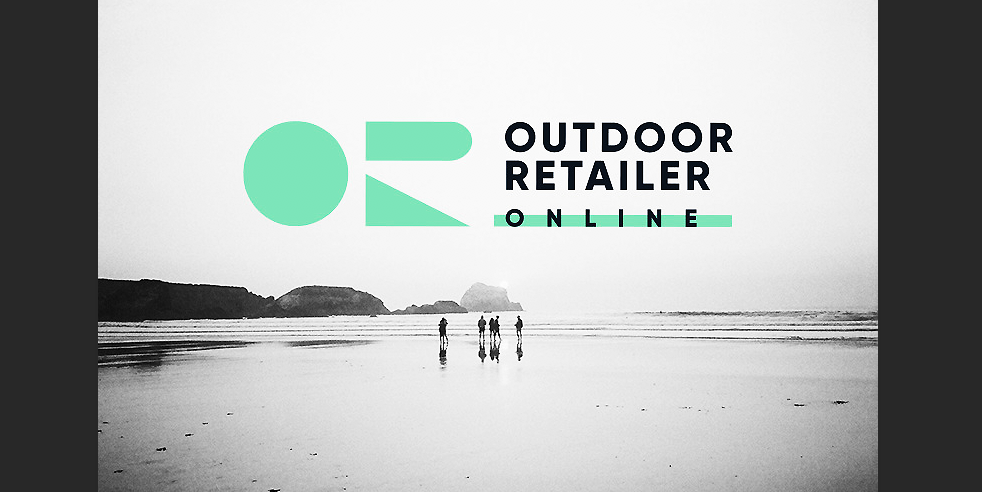 Hosted by a custom platform designed by Convey Services, the virtual Outdoor Retailer Online will run live July 21-23, 2020, and then stay active through August 31 to help brands, retailers, media, reps, and more continue to engage with each other. It’s all designed to bring the outdoor industry together in these unprecedented social distancing times.

“A lot of companies are needing a way to stay connected with everything going on right now,” OR Senior VP and Show Director Marisa Nicholson told SGB Executive. “With so much disruption, there’s even more reason for our industry to connect and get together. Our goal was simple: How do we help the industry right now?” she continued.

Doing so wasn’t easy. Outdoor Retailer canceled most of its shows from March through August absorbing the accompanying loss in exhibitor revenue. While Nicholson said that parent company Emerald Expositions did have insurance covering communicable diseases and that they’re currently working with adjusters to file claims, they made the decision to cancel the Summer OR tradeshow on April 2. That didn’t leave them much time to jump on the virtual wagon.

“Ultimately, it came down to the safety and well-being of our community,” she said, adding that OR gave full refunds to its customers (or the ability to transfer deposits to future shows). “Once we realized we had to cancel, we began working with our team and surveyed brands and retailers to see if there was something we could still do to get the industry together.”

As an intermediary step, it rolled out a digital OR Weekly magazine to help keep people abreast of what was going on. “It was a way to share uplifting stories and help people still feel connected,” she said. “It was refreshing because it helped people realize they weren’t dealing with all of this alone.”

But even that wasn’t enough. Show organizers realized the importance of interaction in the industry and the need for a venue to accomplish this in the interim. Surveying brands and retailers on what they might like to see in a virtual show, they then began the steps to make a virtual show a reality.

“Our community is incredibly dependent on the ability to connect face-to-face and OR plays a vital role in that,” Nicholson said. “We knew the pandemic was going to have a major economic impact on brands and retailers, so our goal was to come up with a program that was economical and could include everybody.”

The first step was finding a suitable platform to accomplish everything they wanted. They found one but then switched to another, Convey Services, just six weeks out from the virtual show’s opening. That didn’t leave much time.

“We had a pretty short runway,” Nicholson admitted. “We all had to become experts in all the digital tools available pretty quickly. In hindsight, we would’ve loved to have months and months to plan something like this. But we didn’t have that luxury. And we also had to customize everything so it would work for what we wanted to offer the industry.”

Emerald is pleased with the show’s reception from the industry. “We’re excited and encouraged by the number of brands participating and the number of attendees who have registered,” said Nicholson. “People are spreading the word and hearing about it from their peers.”

So far more than 100 brands have signed up to “exhibit” at the online show about what organizers expected, as well as more than 3,200 pre-registered attendees, excluding exhibitor staff. Attendees include retailers, media, buyers, reps, and more.

The experience, said Nicholson, will be different for everyone attending depending on their goals.

“The objectives vary from brand to brand,” she said. “Some companies might be looking for media exposure and others to reach out to retailers. It’s all about the community coming together and having a conversation about some of the bigger issues affecting our industry. But it offers a lot of opportunity for everyone.”

Unlike an in-person show, Nicholson realizes that a virtual format does have its hurdles. For one, it’s hard to eliminate interruptions from home. “The idea of logging into a virtual event for eight hours a day for three days in a row isn’t too realistic,” she admitted. “People have a lot of distractions in their everyday lives.”

Another issue, she said, is dealing with varying time zones. At an in-person show, everyone’s working off the same clock. At a virtual show, international attendees are in a far different time zone than attendees from New York City. “There are definitely a lot of nuances to work through,” she said, adding that the time zone issue is why a lot of programs and seminars will be offered on-demand.

While it’s not the first time OR has toyed with a digital tradeshow — 10 years ago they launched a Virtual Design Center for suppliers and designers — next week’s show takes it a lot farther. At its most basic level, sai Nicholson, the show gives people the ability to connect and communicate.

Retailers can send requests to meet individually with brands, or join group sessions in meeting rooms. Brands can also get an upgraded package offering even more branding opportunities. As well as giving attendees the opportunity to peruse next year’s products, the show will also feature educational seminars and panel discussions.

Exhibitors’ “booth” spaces, she said, will resemble a microsite with logos and banners, video embeds, chat features, and more. Attendees will also be able to request meetings, join live events and upload product information. The OR Show’s popular Industry Breakfast will continue to run all three days hosted by OIA, the Conservation Alliance and Camber Outdoors. Attendees can also watch the 10th anniversary of OR’s Inspiration Awards.

Still, the jury is out on whether the virtual show is merely a Band-Aid in these uncertain times or the wave of the tradeshow future. Will brands and retailers get enough out of it to make up for the travel and exhibitor expense they dole out for the face-to-face interaction of a normal show?

Nicholson said that the future could well be a hybrid-type formula where a virtual format complements an in-person show. OR also enacted an advisory board to take feedback from attendees to see what works this year and what can be improved. “Our goal is to improve and build upon it,” she said. “If nothing else, it’s forced people to adopt some of the latest digital tools available. There are some great opportunities for this digital platform to augment live events.”

As well as the cost savings involved, she added that there’s also a big sustainability story behind virtual tradeshows. At a virtual show, brands and buyers reduce their travel and shipping footprints, produce digital catalogs instead of paper and enact other carbon and resource-saving measures.

“Nothing can replace the interaction of a live tradeshow,” said Nicholson, adding that, as of now, Emerald Expositions’ annual Surf Expo tradeshow in Florida is still scheduled for September 10-12 and Winter OR in Denver is still slated for January 27-29, 2021. “There’s so much more that goes on in person. People naturally need interaction with each other, and this is especially true in the outdoor industry. Our shows feel like a family reunion.”

For more information and to register, visit outdoorretaileronline.com. For the full education schedule, go here.