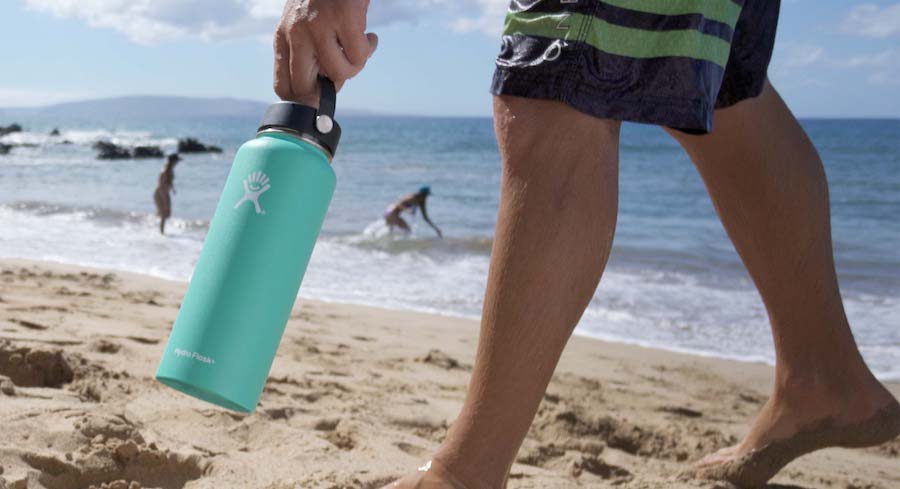 Established and raised in the Western U.S., Hydro Flask has successfully migrated eastward and even to Europe, an expansion that has helped drive parent company Helen of Troy Ltd.’s solid growth in housewares.

Hydro Flask’s incremental distribution with existing domestic customers, increase in online sales and new product introductions did much of the heavy lifting for housewares in the period.

“There have been some pretty significant distribution wins on Hydro Flask, as we finish flushing out the Midwest and build the East, which is a key strategy for Hydro Flask,” Mininberg said. “Internationally, we’re gaining distribution in our key target countries like Japan, some of the European countries, Australia, as examples, and those are all distribution gains in housewares that helped a lot in the quarter.”

GAAP operating margin in the housewares segment was 18.9 percent, up from 18.2 percent in the prior-year quarter and driven by four factors: a higher mix of Hydro Flask sales at a higher operating margin, lower overall advertising expense, improved distribution and logistics efficiency and the favorable impact of increased operating leverage from net sales growth.

However, Hydro Flask’s growth could be stymied next quarter and for the remainder of the fiscal year, Mininberg cautioned. Hydro Flask is now being integrated into Helen of Troy’s enterprise resource planning (ERP) system, and in preparation for the event, Mininberg said, a “number of Hydro Flask customers accelerated some June orders into May.”

On top of that, tariffs on Chinese imports could hit Hydro Flask and elsewhere in the company, Mininberg added.

“Based on the effective date of the changes and the time it will take for them to be fully reflected in the average cost of our inventory, the estimated tariff impact on fiscal 2019 cost of goods sold is expected to be approximately $3 million to $3.5 million,” he said.

“This estimate assumes no mitigating pricing or sourcing actions on our part, and it’s likely subject to change as events continue to develop. Of course, we will explore all options available to us to reduce the impact of the tariff changes and commodity pressures. [An] effective round of tariff changes has been proposed, which we expect would not have a meaningful impact on our fiscal 2019 results due primarily to the anticipated effective date.”

Overall, Helen of Troy—whose other brands include OXO, Vicks, Braun, Honeywell, Pur and Hot Tools—reported revenue of $354.7 million, down 1.4 percent but ahead of Wall Street estimates by $20.9 million.

Growth in Helen of Troy’s online channel was especially welcome for Mininberg, who noted that e-commerce remains an “epic shift in retail.”

“We were always focused on it, but in the last two or three years, our strategy has gone beyond just the obvious of the biggest retailers or e-tailers online, to now the dot-coms who have woken up in the last three or four years and really put the pedal to the metal,” he said.

That means investing “a fair amount of money into the channel,” Mininberg said, such as content marketing, video and online sales support.

“Online is a great strength, and we’re very proud of the progress we’ve made,” he said. “If you look back three or four years ago to your question about the last couple of years, the percentage of online sales for this company was in the 6.5 percent range. Today, it’s in the teens, mid-teens, and we sure like that. And we are able to anniversary the growth with the 30 percent that you saw in the quarter we just reported.”

Looking ahead for fiscal 2019, the company continues to expect consolidated net sales between $1.485 and $1.510 billion, which implies consolidated sales growth of 0.4 percent to 2.1 percent.

Reflecting the impact of share repurchases in the first quarter of fiscal 2019, the company now expects consolidated GAAP diluted EPS from continuing operations of $6.27 to $6.42 and non-GAAP adjusted diluted EPS from continuing operations in the range of $7.45 to $7.70, which excludes any asset impairment charges, restructuring charges, share-based compensation expense and intangible asset amortization expenses.