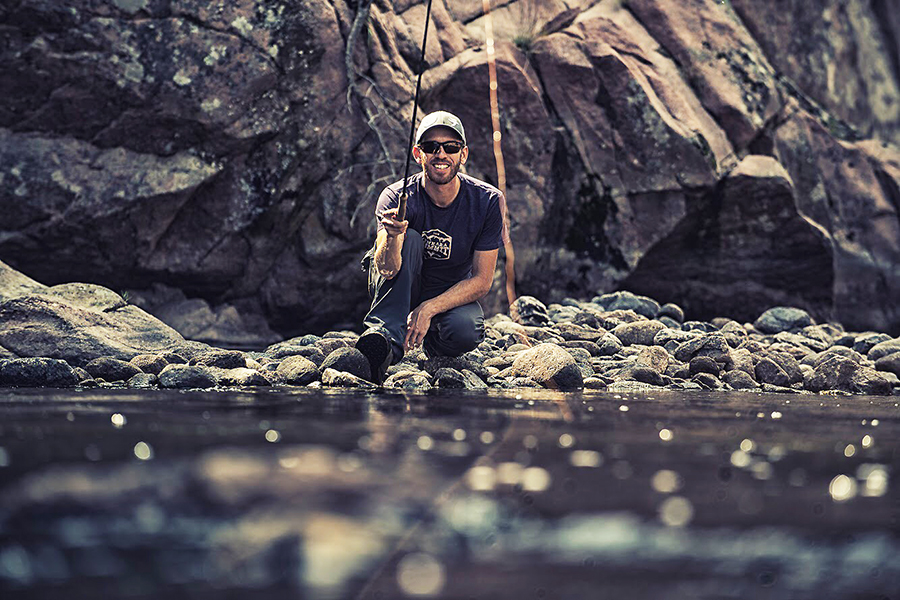 It’s the simple design and lack of moving parts that makes Tenkara fishing so unique.
The fishing line is tied to the tip of a pole; cast the line in a swaying motion and,
with the quick pull of the pole at the base, the fish is out of the water. 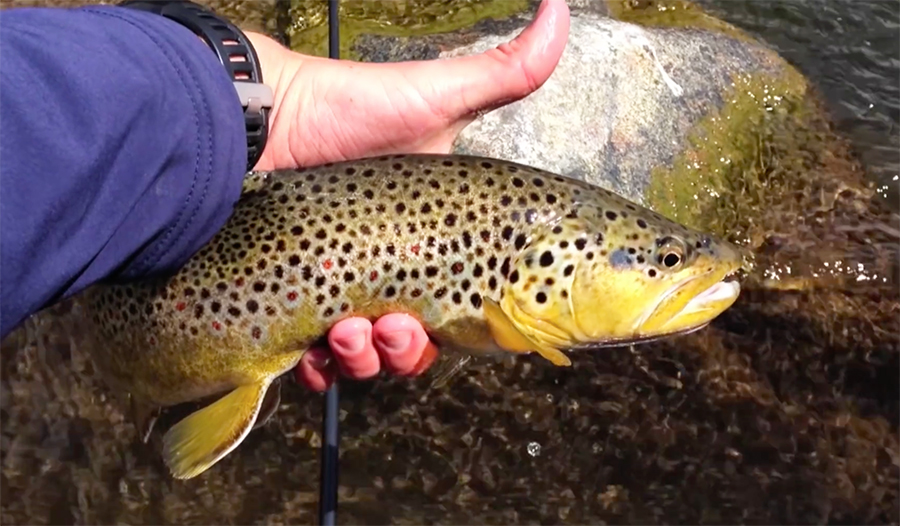 Tenkara means the traditional Japanese method of mountain stream fly-fishing where only a rod, line and fly are used to catch trout, and the term is more than 200 years old. We spoke with Daniel Galhardo, founder, Tenkara USA, this morning from his home in Boulder, CO, about what makes Tenkara fly fishing so special to him, his company , his passion and the importance of cultural exchange in the sport of fly fishing. 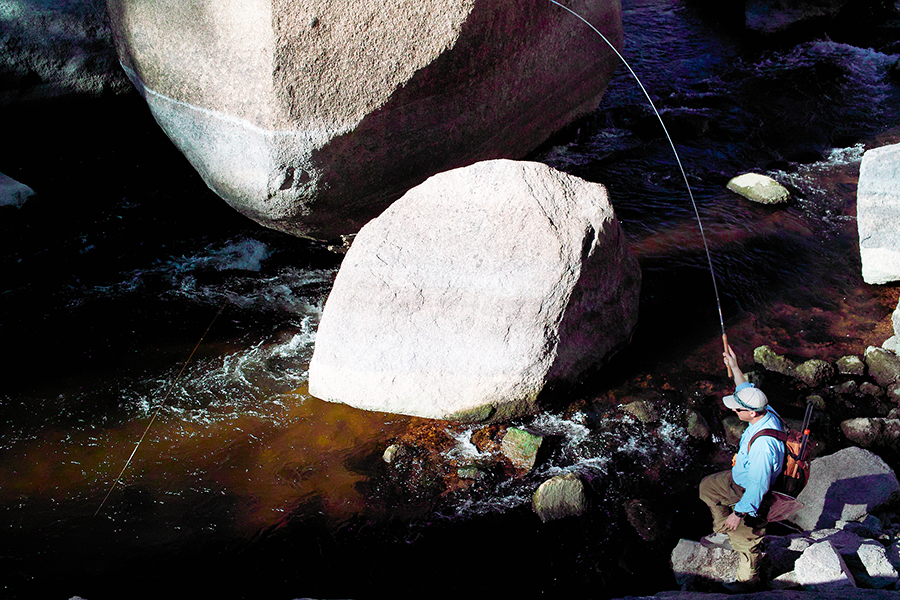 When were you first introduced to Tenkara, and what led you to leave corporate America to start Tenkara USA? It was a combination of a lot of things. I was working in banking at the time, but had been involved in fly fishing for 13 years when I discovered Tenkara. I was very involved in a fly fishing club based in San Francisco where we were consistently trying to get more people to fly fish in the hopes that they would pay attention to the water, the environment, etc.

As part of the club, we taught casting classes, and I would always hear people saying the same thing: ‘it’s too much money to get into fly fishing’ or ‘ it’s too complicated’ or ‘all this stuff that the fly fish shop tried to sell me’—common themes were coming about.

Right at the same time, I discovered Tenkara through my own research; my wife is Japanese American. When we traveled to Japan to fly fish, I discovered this method of fishing and fell in love with the simplicity of it and that I could go backpacking without carrying much gear. I thought people should know about it. I also had a lot of friends that I was trying to get interested in fly fishing—mostly backpacking and climbing partners. I started showing them the rods and the telescopics, and they started getting really interested.

I also grew up in an entrepreneurial family, and had a desire to start my own business. The idea seemed to have legs, and addressed the problem that people were having with fly fishing. The gear is well designed for mountain stream fishing, and that is the type of fishing I like to do. It was easy to take the jump from international banking and dedicate myself to Tenkara full-time.

Your company introduced the first domestically available Tenkara rods in the U.S. in 2009. It was your company that started the new phenomenon for anglers. Is Tenkara fishing more mainstream today? It is still on the fringe. I think there are a lot of different categories within fishing in general that are much bigger. Fly fishing is a small niche within fishing as a whole. And then Tenkara is a smaller niche. But the cool thing about it is that people that are interested in fly fishing a lot have heard of Tenkara. They might not know enough about it and have misconceptions, but they are interested.

What is it about Tenkara fishing that makes it so zen-like over western fly fishing? There is less emphasis on gear. It’s all about the experience. You don’t have to be thinking so much about ‘what is the gear that I have use all the stuff that I have to carry, all the accessories I need in order to fly fish.’ People just need a rod, line and fly to focus on the experience of fishing.

A lot of people are intimidated by the casting in fly fishing. It gives people the impression that it’s going to take a long time to learn. With Tenkara, you can learn how to cast in two minutes. The rest of the time you are devoted entirely to fishing, which is very appealing to a lot of people. They don’t have to seek out master casting instructors. They can just go out and fish.

Are there diverse fishing techniques Tenkara anglers use to lure a fish? That is the one thing that has kept me engaged. Just having been to Japan, I learned even more about Tenkara from master fishermen, and it’s an interesting paradox.

On the surface it’s simple, where you can fish quickly with minimal instruction, but because of it’s simplicity, you can really devote more time to learning how to fish as opposed to casting. You can dig deep, learning new techniques if you want to. It’s simple on the surface, but takes a lifetime to master if you choose to do so. 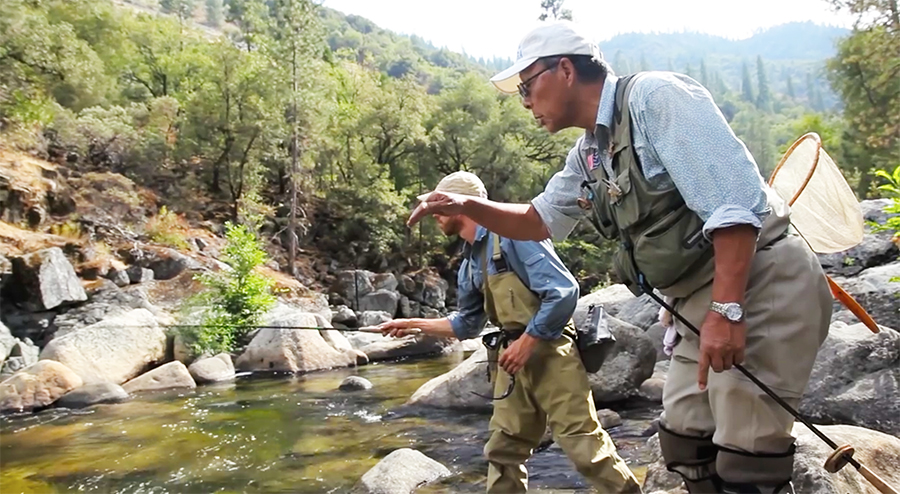 The art of Tenkara fishing is over 200 years old. Do you feel a connection to the history of the technique and compelled to honor it? To a large extent. I’m not driven by maintaining a tradition. It’s more about my telling the story of Tenkara since I started the company. It’s a method of fishing that until I introduced it to the U.S., it was somewhat hidden within a few mountain areas of Japan and not many people knew about it. I was really interested in sharing the story of Tenkara.

For several years I took a big role in trying to preserve the tradition, really honoring the story, and that is what I continued to do but, at the same time, I do respect that few people are going to adapt Tenkara to their own needs. I’m always trying to strive to strike a balance between sharing the story of how Tenkara is practiced in Japan and engaging people here in how they can adapt it to their own needs.

Personally, I am fascinated by all the people who have been doing Tenkara for generations, and learning from them. The way people practice in Japan, that’s the best way to keep Tenkara very simple, because they just focus on what they need to do to catch fish as opposed to what I see here—people tinkering a whole lot and complicating fly fishing. Sharing the story shows people how simple it really can be.

Tenkara’s no-frills pole design and simple set up seems to be a great learning tool for kids aspiring to be anglers and for parents looking for a first-time rod for their kids. Absolutely. Even though we haven’t done a lot of marketing directly focused on kids, parents immediately see the benefit of teaching kids, grandkids oftentimes, how to fish with Tenkara. The analogy would be, it’s like teaching someone how to drive a stick shift versus an automatic car. A stick shift has a steep learning curve to get everything right in order to drive; whereas, Tenkara is more like an automatic car. You just sit in the driver’s seat and put it in gear and you go—and focus on the experience of driving as opposed to the other things.

Every aspect of Tenkara is intuitive, unlike fly fishing. Kids know what it’s designed to do. With the rod, if they catch a fish, they bring it to their hand without having to deal with a reel and several steps in between. That’s one of the coolest things about it. 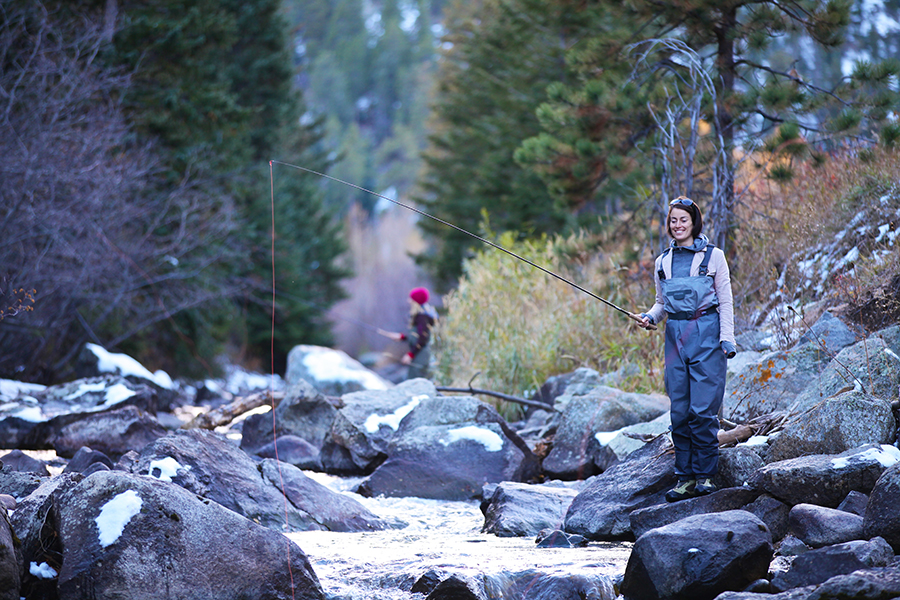 How much adoption are you getting from non-traditional outdoor enthusiasts (cyclists, hikers, bird-watchers) compared to the traditional fly-fisherman? That’s our fastest-growing market, outdoor enthusiasts not focused on fly fishing. They see fly fishing as one of the activities they can do in combination with their primary activity. All the people that have streams or lakes or rivers as part of their playgrounds, they want to see how to tap into those playgrounds. They’re not driven so much by an idealization of fly fishing; they’re really more interested in doing something fun when they’re in the water and not so much caught up with traditional fly fishing. They just want an opportunity to fly fish in a simple way.

We’re seeing a really good adoption in that market, and that’s part of what I am personally really focused on as well. Because that is the way I fish as well. Fly fishing is an adjunct that I do along with other activities and the message that I’m trying to spread. 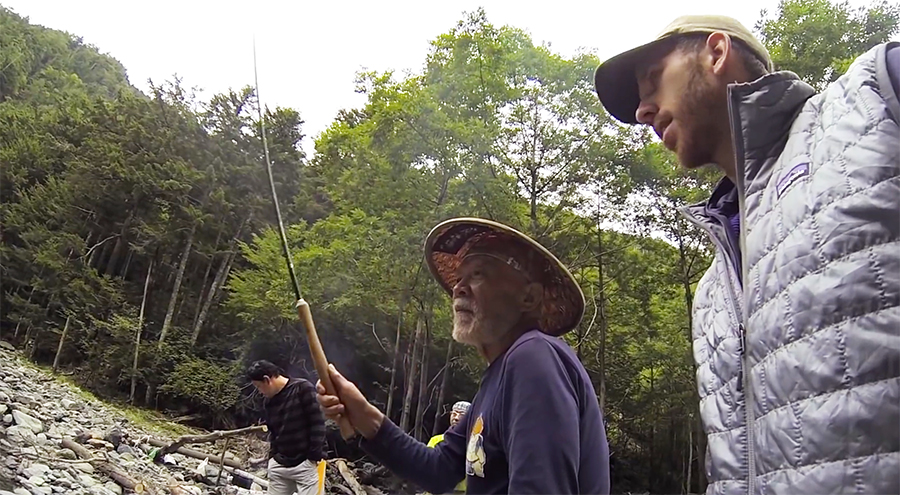 As the first person to introduce the Tenkara method to the U.S. outside of Japan, do you feel you are removing barriers-to-entry for traditional fly-fishing and increasing the overall market? Absolutely. That was the goal from day one when I started the company. Addressing all the people that said it was complicated, intimidating, expensive, etc. This is a very obvious tool to remove the barriers to make fly fishing more accessible.

Fly fishing has suffered a lot from the image of elitism and high barrier-to-entry. Whether it’s cost or intimidating language, and books that look that they’re filled with physics equations, and the like, we’ve done a good job of expanding the market and letting people know that they don’t have to learn Latin to fly fish. There is a whole culture of Japanese fly fishing that ignores all of the teachings that we’re taught in Western fly fishing to un-complicate the process.