Huffy more than tripled net income for the third quarter, but its sales increase in the quarter was due primarily from its acquisition of Gen-X in the latter part of the third quarter a year ago. Sales were negatively impacted by a fire at a snowboard supplier and the consolidation of two west coast distribution centers into one, while earnings got a boost from a one-time benefit from a dispute settlement.

The warehouse consolidation is expected to result in “better efficiencies over the longer run”, but the “transitional issues” resulted in $2 million to $3 million worth of sales slipping from September to October because of the warehouse issue. The company said that Q3 and Q4 are typically “the strongest seasonally” as the company ramps up for Back-to-School and Christmas.

Huffy Bike sales increased 6.0%, driven primarily from new products that captured additional market share. The Green Machine is selling through at retail very well, according to management. They also pointed to the new Slither bicycle and the new Compressor bicycle as “selling through well”.

The Huffy Sports division experienced an 11% sales decrease, due primarily to lower basketball backboard sales, but the company feels it is maintaining share in a soft market. The company said they expect retailers to run fewer promotions this year in the holiday season. The new inflatables business is “doing quite well”.

Gen-X reportedly had good sales in the golf business, led by Tommy Armour Irons and Ram product. The hockey business was also said to be “solid”. The In-Line Skate and Action Sports businesses declined in the quarter. Huffy said they expect the softness in both businesses to continue throughout 2003.

Snowboard sales were also solid, but the fire at the Snowboard supplier was estimated to impact approximately 12% of annual sales of boards. The company said they could have shipped “something like another $5-$7 million of snowboards in September”. The supplier is back up and running and some production was shifted to other suppliers. Snowboard sales are still expected to be up in the “double-digit zone” or “close to 20% versus last year”, according to Don Graber, chairman and CEO of Huffy Corp.

The Service business increased 6.7%, driven primarily by one large new customer, and is expected to be strong in Q4 as well on the strength of in-store assembly programs.
Sales in Q4 are expected to be in the $130 million to $142 million range, with earnings from continuing operations in the range of 16 cents to 20 cents for the quarter. Full year EPS from continuing operations is forecast at 34 cents to 38 cents on sales of $450 million to $460 million. Net income for the year is expected to be in the range of 44 cents to 48 cents per share. 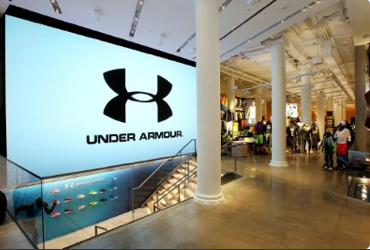