HSBC Global Research issued a bullish report on the sporting goods space, believing industry growth in the years ahead will be fueled by younger and more health-focused consumers, a global shift towards casualization and the growing importance of sustainability among consumers.

“Investors ask whether we are at the end of a supercycle of growth in sporting goods. We think not,” HSBC wrote towards the beginning of the 64-page report. “As athletic footwear continues to innovate more than any other footwear category and health becomes the new wealth, both sports activity and casualization in how consumers dress should remain supportive. Furthermore, the sector should benefit from a positive channel mix (more direct-to-consumer/ DTC and online) as well as better regional mix (more Asia) and product mix (fewer SKUs, fewer discounts) that could lead to higher margins and returns.”

The firm downgraded shares of Nike to “Hold” from “Buy” in part due to coronavirus risks. Anta and Li Ning were reiterated at “Buy” and Adidas and Puma were maintained at “Hold.”

The report honed in on three key trends expected to support growth in the sporting goods space: health & wellness, casualization and sustainability.

The report cites data from Nielsen suggesting that more than 70 percent of people are changing their habits in an effort to improve their health. Numerous other studies likewise show individuals exercising more, eating healthier and smoking and drinking less. In the UK, data suggests binge-drinking is on the decline across almost all ages. In the U.S., a recent poll found that one in five Americans were participating in “Dry January,” or foregoing alcohol in January.

Beyond health, closely-related wellness is also being prioritized. The Global Wellness Institute reported that the trend in wellness is driven by four forces: deteriorating health globally, increases in loneliness and mental illness, the rising middle class, and urbanization. One beneficiary has been the sleep aid category, but any trend toward aerobics should support more sales of products to use for those activities.

Wrote HSBC, “Consumers are interested in taking care of themselves and being healthier, and brands that facilitate health and wellness are well-positioned in our view.”

Casualization Becoming Global Phenomenon
HSBC’s report cites a number of studies showing consumers increasingly purchasing sportswear for more than exercise and how athleisure growth is set to outpace the overall global apparel and footwear market in the years ahead.

But researchers also noted how casualization is on the rise in a number of industries and across demographics. HSBC writes, “The tech industry is notorious for being casual with CEOs known for wearing black turtlenecks or t-shirts, hoodies and sneakers.”

Some investment banking firms are allowing employees to dress more casually in the office and making suits optional. Even older generations on Wall Street “who may not be more active, are starting to seek out “athleisure” because it is comfortable,” the report noted.

The athleisure and overall casualization trend is also being embraced by luxury brands with terms such as “compound portmanteau” and “athluxury” defining the merging of luxury and athleisure. Examples include the B23 sneaker at Dior, the Triple S sneaker at Balenciaga, and the recent “Prada by Adidas” collaboration.

“Celebrities and designers not known for sports prowess” are also finding success with lifestyle athleticwear ranges. Examples include Adidas’ collaborations with Kanye West and Beyonce. Puma has partnered with Selena Gomez, Cara Delevingne and Jay Z.

HSBC wrote, “As luxury brands move into this athleisure space, investors may wonder if this means that the brands could take share from Adidas and Nike. We think it is unlikely as the price points between Louis Vuitton and Moncler vs Nike and Adidas are completely different, and the consumer is unlikely to overlap. However, the aspirational value of athluxury could be supportive to Nike and Adidas in the athleisure category as their products might appear as being a good value.”

Sustainable Focus Supports Growth
HSBC noted that a consistent theme across studies of the last two years has been increased customer willingness to spend more on products advertised as sustainable. HSBC believes sporting goods companies are generally ahead of the curve on sustainability versus other industries and are bound to continue to benefit.

The researchers feel at least initially sporting goods brands were more aggressive on embracing sustainability because they’re more prone to being called out for unsustainable and unethical practices.

“The money spent on branding and advertising makes their products instantly recognizable when products are spotted in subpar factories around the world,” wrote HSBC. “In 1996, a U.S. magazine published a photo of a young boy sewing a Nike football; the company was embarrassed to be found using child labor in production. The first substantive investments in sustainability were part of the response to consumer criticism in the 1990s.”

Related increasing transparency and calling out sustainability attributes can help support a brand’s positioning, according to HSBC.

The study noted, “Sporting goods, more than other apparel sectors, are seen as more than just utility – it’s more than a pair of shoes, it’s a lifestyle – driven by marketing. For many, these larger-than-life figures transcend the arena or the court – they are part of the culture. Accordingly, sustainability and politics are part of the calculation for investors. Thus we believe companies that are not paying sufficient attention to sustainability risk missing out on the potential upside and avoiding risk.”

Other Observations Found In The Report

“Buy” On Anta And Li Ning; “Hold” On Nike, Adidas And Puma
Among companies under coverage, HSBC maintained its ”Buy” rating on both Anta and Li Ning. The investment firm said that despite short-term challenges each face as Chinese-based companies from the coronavirus, the underlying trends of fitness and fashion in mainland China are favorable. HSBC added, “Specifically, for Anta, we believe the globalization potential from acquiring Amer Sports has yet to be priced in. For Li Ning, we see ample room to further grow margins.”

HSBC downgraded Nike to “Hold” from “Buy” as analysts saw a “somewhat stretched valuation” in the short term with its mainland China profit risk and FX headwinds limiting the company’s upside. “Hold” ratings were maintained on Adidas and Puma. HSBC said about the two firms, “Even though their long-term fundamentals remain solid, we (and consensus) have been revising estimates down rather than up on both, notably due to higher tariffs and unfavorable FX.” 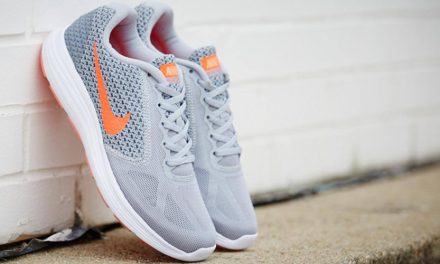