How Is COVID-19 Impacting Gen Z? 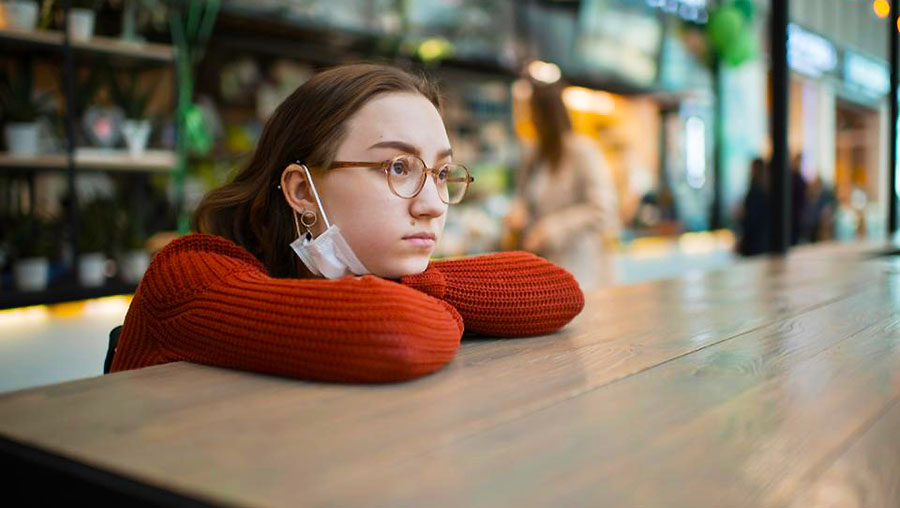 Many members of Gen Z are struggling with adolescence and now have to deal with COVID-19. A number of surveys have detailed the challenges younger generations are facing handling social distancing restrictions and COVID-19’s potential fallout.

Concerns Over COVID-19 High Among U.S. Teenagers
A survey of U.S. teenagers, ages 13 to 17, from Common Sense Media taken between March 14 and April 1 found 80 percent Gen Zer’s saying they’re following news about the coronavirus closely, and their concern is high — 61 percent are worried they, or someone in their family, will be exposed to the virus, and 63 percent are worried about the effect it will have on their family’s ability to make a living or earn money.

Other findings in the survey:

Teen Spending Hit By Coronavirus
Self-reported teen spending was down 13 percent this spring due to COVID-19, according to Piper Sandler’s 39th Semi-Annual Taking Stock With Teens Survey.

The survey highlights discretionary spending trends and brand preferences from 5,200 teens across 41 U.S. states with an average age of 16.2 years. It was conducted from February 17 to March 27.

“Our Spring Teen Survey was conducted during a time of significant upheaval as the world (and U.S. teens) grappled with the realities of COVID-19,” said Erinn Murphy, Piper Sandler senior research analyst. “In fact, we believe the majority of our responses came from teens taking the survey from their own homes.”

In Spring 2020, coronavirus appeared as the second “Most Important Political & Social Issue,” cited by 11 percent. The environment was first at 16 percent, similar to Fall 2019. A significant uptick of teens worried about the economy was also seen.  Forty-seven percent of the respondents indicated they believed the economy was getting “worse,”  up from 28 percent last year. COVID-19-related concerns were expressed in the Northeast, the part of the U.S. that has suffered the most from the virus.

Teens And Young Adults Increasingly Committed To Social Distancing
According to a survey of teens and young adults, ages 16 to 30, taken on April 6, the percentage of overall respondents who consider the COVID-19 virus “very serious” increased to 63 percent from 51 percent in a survey taken from March 20 to 25.

The difference between the two surveys conducted by Swytchback further found:

COVID-19 Supporting Healthier Habits Among Youth
A new survey released April 20 of Millennials and Gen Zs from Vice Media Group found more than one in four (27 percent) have improved their sleep habits and similar percentages have started a new exercise program (26 percent), or self-care routine, (24 percent) amid the pandemic. One in 10 respondents (12 percent) added or increased a meditation practice.

For COVID-19 information, 90 percent of respondents rely on government organizations such as WHO, 58 percent on national leaders and 53 percent on local leaders. More than 4-in-10 (43 percent) want tips centered around “what to do,” 48 percent seek uplifting or comic-relief content and 46 percent want non-COVID-19 articles.

Millennials, in the prime of their careers, worry more about economic impact, whereas Gen Zs in their social prime, express more fear about mental health and relationships. The younger generation is also more likely to claim the media causes them anxiety and stress compared to Millennials and Gen X.

Gen-Z Missing Coming-Of-Age Milestones
In-depth interviews of more than 200 Gen-Z members from Archrival, a creative agency focusing on youth culture, explored the impact of teenagers missing out on coming-of-age moments this year, including proms, sports seasons, graduation and heading to college, due to the disruption caused by COVID-19. Slightly older ones interviewed felt they’re missing career opportunities, from dream internships to first jobs.

The interviews found younger consumers increasingly concerned that their expectations for their lives may have to change.

Suggestions from Archrival to brands included:

Employee Care A Priority For Gen Z Amid Pandemic
When asked what is the role of brands in light of COVID-19, the top two answers were ensuring employee and consumer safety (74.7 percent) and protecting employees financially (72.7 percent), according to a survey from Gen Z consumers from DoSomething.org, a digital platform that encourages social change among youth.

Retail stores such as Apple, Walmart, Starbucks, Disney, and Nike all received top mention for closing down or adapting their hours while keeping employees on the payroll.

The survey of DoSomething.org’s members between the ages of 13 to 25 was taken April 8 and showed concerns about COVID-19 growing compared to a similar survey taken on March 18. Among the findings: