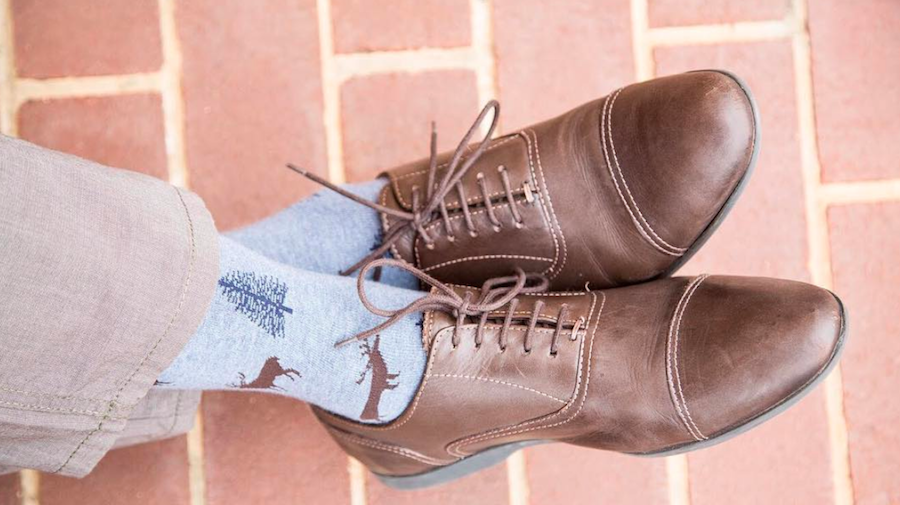 Gildan Activewear lifted its earnings guidance for the year due to better-than-expected third-quarter profits, but slightly lowered its sales outlook as slower sock sales led to a shortfall in its Branded Apparel segment

In the third quarter, net earnings rose 14.9 percent to $116.1 million, or 52 cents per share. Excluding the impact of after-tax restructuring and acquisition-related costs of $2.5 million in the quarter and $2 million in the prior-year quarter, adjusted net earnings improved 1.9 percent to $118.6 million, or 53 cents. Results exceeded Wall Street’s consensus target by a penny.

The improvement was mainly driven by a higher gross margin and lower income taxes, partly offset by higher SG&A expenses due in part to the American Apparel acquisition.

Consolidated net sales were up 0.2 percent to $716.4 million. Printwear growth of 4.1 percent was offset by a 6.9 percent decline in Branded Apparel.

Consolidated gross margin came in at a strong 31 percent, reflecting a 60 basis point increase over the same period last year. The increase was mainly due to higher net selling prices and favorable product mix in Printwear, partly offset by unfavorable product mix in Branded Apparel, and higher raw material and other input costs compared to the third quarter of 2016, as previously forecasted.

Consolidated SG&A expenses as a percentage of sales were 13.2 percent in the quarter compared to 12.1 percent in the same quarter last year, primarily due to the impact of the American Apparel acquisition.

On a conference call with analysts, Rhodri J. Harries, EVP and CFO, said the company was pleased with the strength of the Printwear business, which was marked by continued strong gains in the higher price, higher margin, fashion and performance product categories and solid growth in international markets.

American Apparel, acquired earlier this year out of bankruptcy proceedings, was also accretive to earnings in the quarter. Harries said production of American Apparel products “is ramping up nicely” with the brand’s new West Coast distribution center now fully operational, and e-commerce, marketing and merchandising teams in place.

On the downside, the Branded Apparel segment decline reflected a combination of weak market demand for sock category, tighter retailer inventory management, and disruption from a a transition to a new sock program.

He added, “That said, the combination of stronger margin performance in Printwear from more favorable mix, the earnings contribution from American Apparel, and lower income taxes more than offset this impact during the quarter.”

Printwear sales grew 4.1 percent to $480.7 million. The increase reflected a sales contribution of $15.4 million from the acquisition of American Apparel, strong double-digit growth in sales of fashion basics and performance products which contributed to favorable product mix, and higher net selling prices. In addition, international sales grew in excess of 20 percent for the quarter, with all markets delivering strong gains, with the impact of foreign exchange being neutral on sales for the reporting period. Those factors offset lower sales of basics.

Printwear segment operating income picked up 3.3 percent to $127.5 million, leading to an operating margin for the quarter was 26.5 percent, effectively in line with the third quarter last year. The benefit of higher net selling prices and favorable product mix mitigated the unfavorable impact of higher raw material and other input costs, as well as the impact of higher SG&A expenses primarily due to the acquisition of American Apparel.

In addition, retailers were focused on managing tighter inventory levels, which led to retailer destocking more broadly across the retail markets.

On the positive side, the company continued to generate higher sales with the Gildan brand in men’s underwear, where its POS for September was up 20 percent and it gained market share. Growth during the quarter in activewear was also strong. However, the overall sock business was down in the quarter due to weak demand in the sock category, particularly for higher-margin sock brands in department stores, national chains and sporting goods.

The Branded Apparel segment also saw pressure in its sock business as it transitioned to a new Gildan branded sock program at a mass retailer. Said Harries, “The program is positioned at a higher price point to reflect the introduction of more premium product attributes, included higher value ring-spun cotton, and higher performance features, and POS has initially ramped up slower than we expected.”

Branded Apparel’s operating income were down 14.2 percent to $25.3 million in the quarter. Branded Apparel operating margin of 10.7 percent was down from 11.7 percent in the same quarter last year, primarily as a result of unfavorable product mix due to lower sales of higher-margin sock products.

For the full year, Gildan raised its earnings guidance ue to stronger adjusted EPS to date. Adjusted EPS is now expected in the range of $1.70 to $1.72, up 13 percent at the mid-point of the range compared to adjusted EPS of $1.51 in the prior year. This compares to the company’s previous guidance calling for adjusted diluted EPS to arrive at the high end of $1.60 to $1.70. 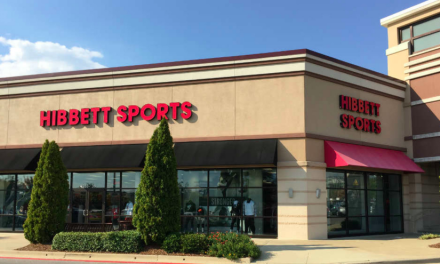