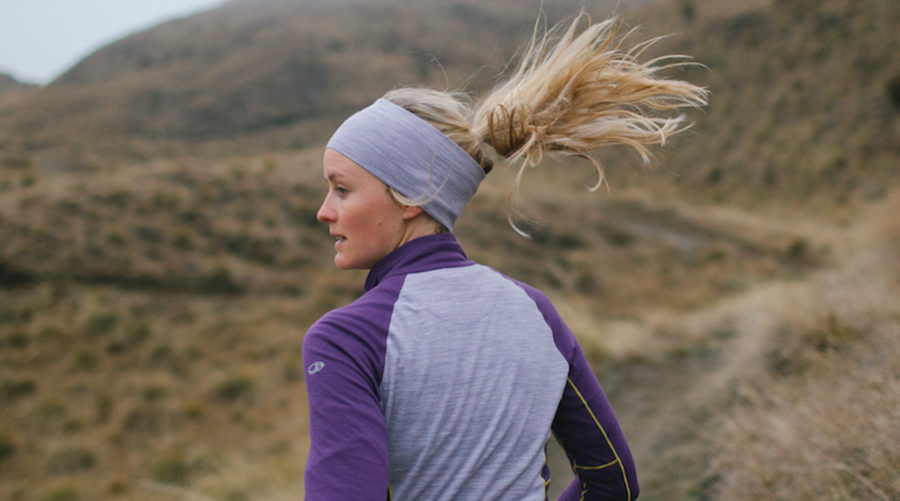 Representing the first acquisition in its Outdoor and Action Sports Coalition since Timberland in 2011, VF Corp. reached an agreement to acquire Icebreaker, the Merino-wool specialist based in Auckland, New Zealand. Terms were not disclosed.

On a trailing 12-month basis, Icebreaker generated approximately $150 million of revenue. North America represents about 40 percent of its sales, although it’s had more success in Canada.

The uptick in merino popularity has been a boon for the wool-centric company, which was founded by Jeremy Moon in 1995 with an aim of providing garments for outdoor adventures with less reliance on petrochemical fibers. Since then, Icebreaker has branched into other natural performance fibers like organic cotton and Tencel, a sustainable fabric regenerated from wood cellulose. Icebreaker is the largest customer for 17-20 micron Merino wool grown in New Zealand.

VF believes Icebreaker’s focus will complement SmartWool, another VF brand that focuses on products made of Merino wool for active outdoor enthusiasts.

“Bringing the Icebreaker brand into the VF portfolio is a special opportunity,” said Steve Rendle, chairman, president and CEO of VF, in a statement. “Its natural fiber focus is an ideal complement to our SmartWool brand, which also features Merino in its clothing and accessories. Together, the SmartWool and Icebreaker brands create an advantaged position for VF as a leader in the growing and under-penetrated natural fiber category. We will have unmatched capabilities that will strengthen our ability to create innovative and sustainable natural fiber products across our brand portfolio, especially in VF’s Outdoor and Workwear brands.”

“Jeremy’s goal was to build a global community that believed in his vision that nature held the answers to creating sustainable, high-performance outdoor clothing,” said Rob Fyfe, chairman of Icebreaker Holdings, in a statement. “Today the Merino apparel category is one of the fastest growing categories in both the outdoor and active urban clothing markets around the globe.”

In an interview with Stuff in New Zealand, Fyfe indicated he will stay on as chairman after the VF sale is completed early next year. Icebreaker’s headquarters will remain in in New Zealand and the sale is not expected to impact its 340 full-time employees, of which 30 percent are based in New Zealand.

Fyfe, the former CEO of New Zealand national airline Air New Zealand, had been a board member of Icebreaker but assumed the role of executive chairman of Icebreaker in September 2013 and eventually CEO in order to add more discipline to the business in part to to attract a multinational buyer like VF, he told Snuff. Icebreaker attracted more than 24 serious offers before deciding on VF, the report said.

Fyfe said VF could help Icebreaker reach $1 billion in revenues by helping it secure success in under-penetrated markets such as the U.S, Asia and Eastern Europe. More stores are expected to open in established markets such as New Zealand, Australia and Canada

Significantly expanding its growth rate would also help it reduce prices to bring a better price/value to Icebreaker’s range. Fyfe told Stuff, “We could double the size of our business in the next five years. That would have a material impact on … unit prices.”

“I founded Icebreaker to offer a natural choice to adventurers, and to build a global brand from New Zealand,” added Moon in a statement. “Our partnership with VF provides us with the largest platform in the world to tell our story, access new markets and reach new consumers at an accelerated pace. This is a once-in-a-lifetime opportunity for our global Icebreaker brand team and for our wool suppliers to introduce a whole new universe of consumers to the benefits of sustainably farmed, ethically sourced, New Zealand Merino wool.”

The acquisition comes amid a number of executive changes at Icebreaker.

In May 2017, Icebreaker promoted Greg Smith, formerly responsible for New Zealand and Australia, to CEO. Fyfe, who was in that role, became chairman. In August of this year, Josh Vaughan, formerly head of retail for Australia, took over as  head of wholesale in the North America region.

Justin Walford, who formerly ran Canada, has been North America vice president since March 2016 when Icebreaker merged its U.S. and Canadian operations and moved may departments to Vancouver. U.S. general manager Brian Mecham stepped down at the time.

It still has five Touchlab experience stores in the U.S. in San Francisco, CA; Chicago, IL; Portland, OR; Truckee, CA; and Vail, CO. Two stores in New York City, as well as ones in Washington, DC. and San Jose have closed in recent years.

In a note, Stifel analyst Jim Duffy wrote, “We view the accretive acquisition of Icebreaker as a nice tuck-in for VF Corp. Outdoor and Action Sports Coalition. Merino and natural fiber based garments are growth segments in the outdoor and lifestyle apparel categories and with the performance attributes of merino, we see the brand extensible to many categories.”

Duffy expects potential supply synergies to Smartwool and other brands in VF’s portfolio will arise given that Icebreaker’s Merino wool is reportedly sourced from sustainable and ethical farms in New Zealand. He also said VF’s global distribution relationships and operating infrastructure can help revenue prospects and profitability for both Icebreaker and Smartwool, “and with the performance attributes of merino, we see the brand extensible to many categories.”