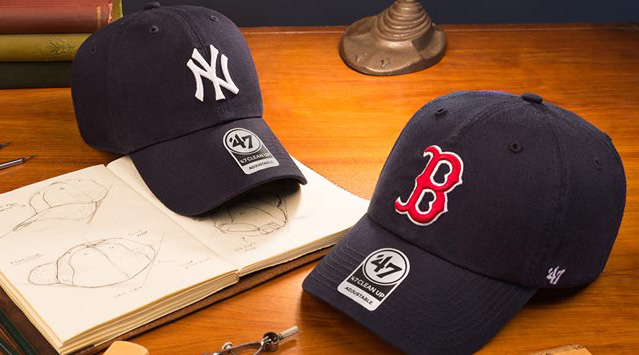 Genesco Inc. (NYSE GCO) reported a modest gain in first-quarter earnings but they came out well ahead of Wall Street’s target, thanks to a surprise profit turnaround at its long-struggling Lids Sports Group segment.

Despite the improved quarter, the company still reiterated its guidance for the full year after “taking into account some external headwinds pressuring sales and expenses.”

“Comparable sales increased 1 percent, at the lower end of expected range, but gross margin was considerably better than anticipated and was the major contributor to the better results for the quarter,” said Bob Dennis, Genesco’s chairman, president and CEO, on a conference call with analysts.

Comps in its U.S. businesses were solid in the quarter first two months of the quarter, benefiting from the catch-up in income-tax refunds and an earlier Easter. The comps for the full quarter, however, reflected a significant slowdown during the last two weeks of April that led to the 1-percent comp overall. Over in the United Kingdom, the retail environment remained challenging throughout the quarter, particularly at the end, resulting in negative comps at Schuh.

Comparable sales for the company reflected a 1 percent increase in same store sales while e-commerce sales were flat.

The standout performance in the period came from Lids Sports Group, which reported operating earnings reached $6 million, rebounding from a loss of $3.4 million a year ago

Dennis said many initiatives Lids had put in place over the last few years have begun to gain traction, including reducing Lids’ retail inventories 25 percent by year’s end through aggressive promotions, particularly in the fourth quarter, to start the year with much cleaner inventories to drive full-price selling and higher margins. In addition, while sales in the first quarter were challenged against Ohio State winning the College Football Championship last year, Lids benefited from a favorable NBA playoff lineup and a strong start to the baseball season. Lids’ shipping and warehousing cost, which is part of reported gross margin, also improved due to recent technology investments, warehouse consolidation, and other initiatives that have driven supply chain efficiencies.

Lids’ gross margins expanded 560 basis points in the quarter with slightly more than half of the improvement due to the loss of the wholesale business, which carried lower margins. The remaining improvement was driven by better margin on markdown product and decreased shipping and warehouse expense. SG&A expense as a percent of sales increased 50 basis points as the absence of the wholesale business was only partly offset by lower depreciation, rent and selling salary expenses.

Overall sales at Lids fell 13.1 percent to $179.4 million. The entire decline was due to the loss of sales from the Lids Team Sports business, which was sold to BSN Sports in the fourth quarter of last year. Comparable sales, including both same store and comparable direct sales, increased 2 percent this year compared to a 3 percent gain last year.

At the Journeys Group segment, sales rose 5.6 percent to $294.2 million, including the acquisition of the Little Burgundy chain in the fourth quarter of last year. Combined comparable sales increased 1 percent for the quarter compared with 5 percent last year.

Journeys Group’s first-quarter comps were a little bit below expectations while profitability was in line with expectations but down year over year as planned.

“Journeys comps for the greater part of the quarter, through the Easter offset, were solid, but weakened in the last few weeks of April and in the beginning of Q2 given the cooler weather in much of the U.S.,” Dennis said. “Despite this tough post-Easter trend, Journeys ended the quarter with a positive comp. Moreover, we continue to believe the business is very well-positioned to capitalize on the important back-to-school and holiday seasons when most of Journeys’ volume is done.”

Gross margin for the Journeys Group decreased 60 basis points, as expected, in the quarter due primarily to increased markdowns to carry over seasonal product due to the warmer winter, a comparison to a more favorable product mix the year before and higher shipping and warehouse expenses. The Journeys Group’s SG&A expense increased 140 basis points as a percent of sales, reflecting  increased store related expenses, primarily increased occupancy expense and credit card fees, and bonus expense.

Dennis said Schuh “battled an exceptionally sluggish retail environment that also affected many other U.K. retailers,” with the trend becoming “significantly worse in the weeks following Easter.” He noted that Schuh’s profitability still met expectations and comps have turned positive in May with improved weather.

Schuh and Licensed Brands. SG&A expenses increased to 47.5 percent of sales from 46.5 percent a year ago.

In the three weeks during the second quarter to date, comps for Genesco overall through Saturday, May 21, were up 1 percent, which is roughly in line with expectations. The first two weeks showed a stronger trend versus the first quarter, but last week reflected an offset to Memorial Day, which was a week earlier last year.

Dennis said the numbers not yet representative of the trend for the quarter due to the later Memorial Day and sales and profits are the lowest of the year for Genesco.

Looking ahead, Genesco continues to expect adjusted EPS for the current year in the range of $4.80 to $4.90, which represents a 12-14 percent increase over 2015’s adjusted EPS of $4.29. This guidance assumes comp increases in the 1-2 percent range for the year.

Mimi Vaughn, Genesco’s CFO, said its top-line assumption is for sales to be down slightly for fiscal-year 2017, taking into account the Lids Team Sports sale, headwinds on sales from last year’s Lids promotional activity, and the impact of a stronger dollar exchange rate. Comp gains are still being conservatively guided in the 1-2 percent range. Said Vaughn, “We initially guided comps cautiously due to macroeconomic concerns that are currently playing out across our industry, and these concerns remain in play.”

March Retail Gets an Easter Boost, But…