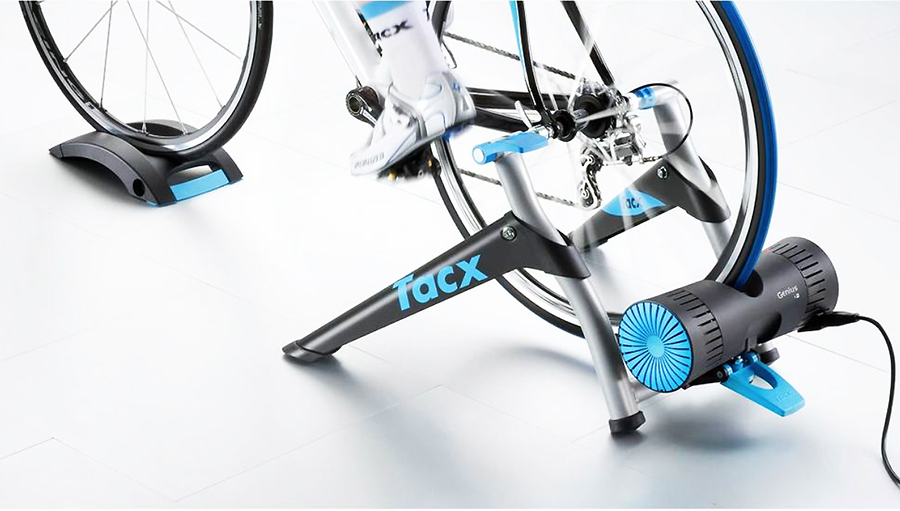 Because Garmin didn’t close on the acquisition of Tacx until April 2, which fell in the second quarter, President and CEO Cliff Pemble spent only a little time on Wednesday’s Q1 earnings call with analysts discussing the company’s latest addition.

But he did shed some more light on how Garmin would go to market with its newly acquired Dutch business, which designs and manufactures indoor bike trainers, tools and accessories, as well as indoor training software and applications.

Garmin announced the acquisition of Tacx—formally (and formerly) Tacx Onroerend en Roerend Goed B.V.—on February 12, closing on the deal slightly less than two months later. The addition gave Garmin entrance into one of the hottest fitness segments around thanks to the rise of Peloton, Wahoo and Zwift, among others.

On Wednesday’s earnings call, Pemble reiterated something he brought up during the February earnings call to discuss Q4 2018 results—Garmin will maintain the Tacx name and branding.

“The Tacx name is very strong, so we want to maintain that,” Pemble said Wednesday. He said Tacx will go to market as “Tacx, a Garmin company.”

He then added a few other nuggets about Tacx, including that the new asset would add about 25 percent in operating expenses year over year, which will be reflected in Q2 earnings, and that Garmin plans to ramp up marketing and expansion of Tacx in the U.S. during the third and fourth quarters.

“In terms of bringing the product to other markets, we’re working very hard to bring it into U.S. distribution now in a more complete way,” he said. “So that’s ongoing and should be more evident as we move into the back half of the year.”

“They are the market leader, particularly in the European region,” Pemble said. “And so we expect to continue to capitalize on that strength and we see opportunities for growth in the Americas and Asia where they’re less represented. So we’re working hard to implement those sales strategies right now.”

Pemble also said he expects Tacx’s margins to be “fairly consistent with the overall headline margins” of the companu’s fitness segment.” The category’s gross margin was 50 percent and its operating margin was 10 percent in the first quarter (see more on fitness and all of Garmin’s segments below).

“We don’t anticipate really any impact there,” Pemble added. “There will be allocation of the purchase price to fitness, so that will impact some of the operating margins, but on a pre-amortized basis, it’s very positive to our fitness segment on a cash-flow basis.” 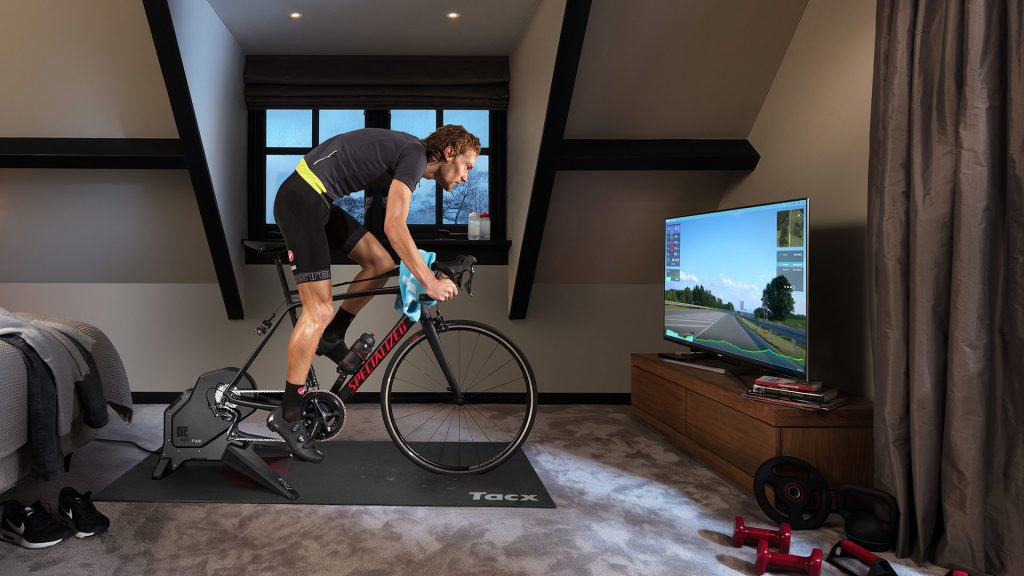 Wednesday’s comments echoed what Pemble said a few months ago about Tacx, when he gave further explanation as to why the company would retain its name and not roll up its branding into Garmin’s.

“In terms of how we view them going forward, they have a great brand and it’s a brand that we want to support and keep around for the long-term and we intend to integrate them into our sales and our fitness area … to have a strong offering for both indoor and outdoor cycling activities,” Pemble said on February 20.

Marine, aviation, fitness and outdoor collectively increasing 12 percent over the prior-year quarter. Broken down by segment, marine segment revenues led the growth, up 18 percent, while sales expanded 9 percent in fitness and 7 percent in outdoor.

“Revenue and profit grew, led by strong double-digit growth in marine, aviation, fitness, and outdoor on a combined basis,” Pemble said. “We are optimistic as we enter the important mid-year selling season. Our product portfolio is very strong, bolstered by recent introductions, with more to come throughout the remainder of the year.”

Digging down even further, here are some highlights from each of Garmin’s segment.

Garmin’s revenue from the fitness segment grew 9 percent in the quarter, driven by strength in wearables. Gross and operating margin were 50 percent and 10 percent, respectively. The gross margin dip was primarily due to lower selling prices and product mix. Garmin also recently introduced a refresh of its running watches with the Forerunner 45, Forerunner 245 and Forerunner 945, providing both smartwatch features and enhanced running dynamics. Garmin also announced the availability of its first Menstrual Cycle Tracking feature for Garmin Connect.

Revenue from the outdoor segment grew 7 percent in the quarter behind solid contributions from multiple product categories. Gross and operating margin were 63 percent and 27 percent, respectively. During Q1, Garmin introduced a collection of lifestyle inspired watches called MARQ. The company also launched a golf watch called the Approach S40.

Garmin said it is maintaining its 2019 guidance for consolidated revenue of approximately $3.5 billion and pro forma EPS of $3.70. 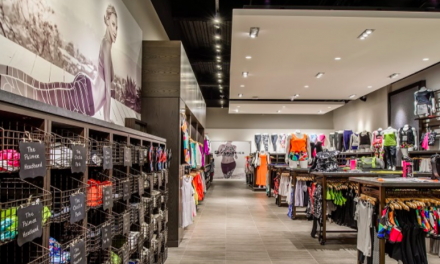 Consumers Use Internet First and Most