Gaiam, Inc. reported revenues decreased 2.8% for the third quarter ended Sept. 30, to $72.3 million from $74.4 million recorded during the same quarter last year. The decline was primarily attributable to the company's focus on improving operating income by strategically reducing television advertising and catalog circulation, partially offset by sales growth in the business and solar segments.

The company ended the third quarter of 2010 with $40.8 million in cash and no debt.  Cash declined $7.5 million from the end of last year primarily due to the payment of an annual cash dividend of $3.5 million, or $0.15 per share, and the acquisition of Discovery's catalog media library from its previous licensor to complement the company's new licensing relationship with Discovery.

“We continue to execute our strategies to control costs, increase our branded store presence, optimize our marketing expenditures and invest in new products and digital delivery,” said Lynn Powers, CEO.  “As a result, this quarter our store-within-store presence grew to 14,500 doors compared to 12,500 doors last quarter and our warehouse consolidation is complete, furthering our cost savings. We continue to look forward to the opportunities that these strategies will create for us in the fourth quarter and beyond.”

“We are pleased with our $6.8 million improvement in operating income through September, as well as encouraged by a positive earnings outlook for our fourth quarter,” said Jirka Rysavy, chairman. “The 32% expansion of our store-within-store presentations during the last 12 months, the addition of our digital sales unit and improvements in our catalog business are good signs for revenue growth in 2011.” 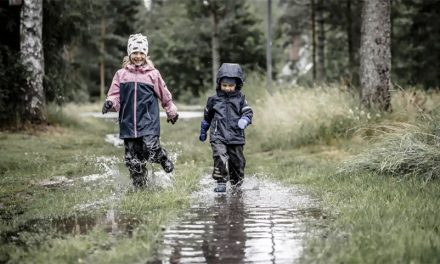 TK Names Callahan to Board of Directors