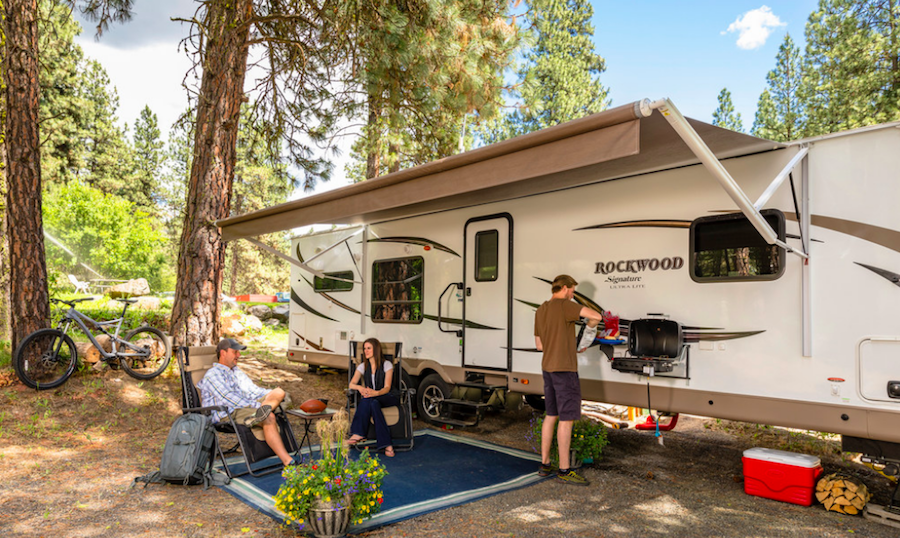 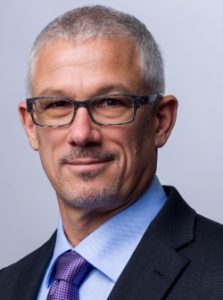 With the RV (recreational vehicle) industry seeing record sales over the last three years at a double-digit growth pace, it’s no surprise to Frank Hugelmeyer, president of the Recreation Vehicle Industry Association (RVIA), that camping is seeing an uptick.

“Camping obviously is what everyone in an RV is doing, and the RV industry is on a multi-year trend of growth,” said Hugelmeyer, the former president and CEO of the Outdoor Industry Association (OIA), in an interview with SGB Executive. “But we’re seeing [camping’s momentum] in participation studies and were seeing it in sales of the gear. The experience economy, or the recreation economy, is without question getting stronger.”

Hugelmeyer’s comments follow the release of the 2018 North American Camping Report, an annual independent study supported by Kampgrounds of America Inc. (KOA), that found more than 6 million new North American households have adopted the camping lifestyle since 2014. Driven by younger and more diverse campers, camping is expected to continue to see further healthy climbs in participation in the years ahead.

Hugelmeyer said the outdoor industry’s overall strength was also underscored in a recent report by the Department of Commerce’s Bureau of Economic Analysis (BEA) that included the outdoor recreation industry in its calculations for the first time. BEA is the government agency responsible for reporting U.S. GDP.

The report further showed RVs playing a significant role in that growth. “Motorized Vehicles” was the largest activity within “Conventional Outdoor Recreation” in 2016, accounting for $59.4 billion of gross output. Accounting for $30 billion in direct economic activity in 2016, RVs accounted for more than half of that value.

The full report issued by Outdoor Recreation Satellite Account (ORSA) and BEA can be found here.

The KOA report likewise found that RV usage remains strong, as does the desire among non-RV owners to try RVing. Indeed, many who are RVing say they are borrowing RVs from friends or family rather than owning their own or renting from a company.

The proliferation of renting that’s being supported by the near overnight creation of a “peer-to-peer” RV rental community, designed to match campers with RV owners interested in renting out their own RVs, will likely drive RV use in the future, predicts the KOA report. A particularly encouraging sign for RVs is the finding that about seven-in-10 RVers are millennials or Gen Xers, according to the KOA report.

Hugelmeyer said what appears to make the recent strong growth trend in RVs, as well as camping, sustainable is that it’s being driven by multi-generational growth.

“We’re seeing the Boomers continuing to retire and support RV purchases, but the real growth in the RV industry is the 35-year-olds with kids,” said Hugelmeyer. “They did it with their Boomer parents, and now they’re coming out and introducing the lifestyle to their kids, and that’s a great sign as far as the industry is concerned.”

A core underlying driver of RV growth continues to be urbanization. With more people living in cities, many are looking to enjoy experiences with the outdoors but would rather not waste that time with old-school tasks, such as setting up tents.

“They want to just show up and do the experiences that they came there for, which could be anything from biking to skiing, fishing or hiking,” said Hugelmeyer. “Or even just sitting around the campfire, relaxing and socializing with friends. And I think that has a lot to do with why the RV industry is on such a tremendous rise right now in all demographics and ethnicities.”

Hugelmeyer said tents remain the most affordable and easiest entry to the camping experience but dedicated campers, particularly as they age, soon prefer the comforts of an RV.

“They don’t’ necessarily want to sleep on the ground or set up in a thunderstorm, or they want to have the connectivity and all the amenities that comes with an RV, and that’s part of why you’re seeing RVing be on the rise,” said Hugelmeyer. “They may start in a van or with a small entry trailer, but they’ll slowly graduate to larger and larger vehicles.”

Diversity is also supporting RV’s growth. Indeed, the KOA report finds the largest growth in RV usage is among African American campers, with 27 percent stating that an RV is their primary way of camping, up from 19 percent the prior year. Forty-one percent of African American campers state they tried an RV for the first time in 2017.

Overall, Hugelmeyer sees the traditional outdoor industry that he used to service at the OIA continuing to merge with the RV space to open up opportunities for both sides. He cited Camping World’s acquisition of Gander Mountain and Overton’s, followed by its acquisition a number of smaller shops in Erehwon Mountain Outfitters, The House, Uncle Dan’s and Windward/W82, as an example of that emerging opportunity.

“Obviously when you’re looking at the RV lifestyle, you have to now fill the RV with all sorts of product and it is the exact same consumer,” said Hugelmeyer. “It allows Camping World to actually broaden their reach and their database, and it also sets up new locations where they can provide outdoor consumers with vehicles they’re going to need to be able to access the outdoors. Nobody magically clicks their heels three times and ends up at a camp-side. So there’s a wide variety of services and products that support people going into the outdoors, and RVs are one of the growing and more popular ones, and that’s why you’re seeing that merger.”