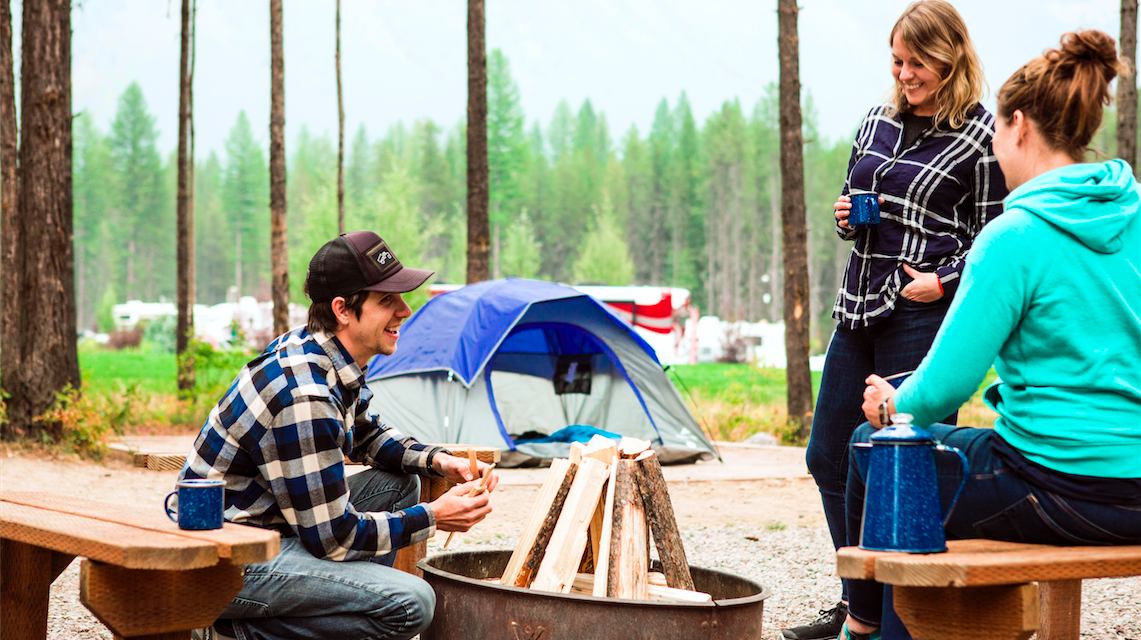 Driven by an influx of younger and more ethnically diverse newcomers, camping is making a comeback, according to the 2018 North American Camping Report.

The annual independent study supported by Kampgrounds of America Inc. (KOA) found the total number of camping households in the U.S. is now estimated at more than 77 million households, having grown by more than 6 million since 2014. In 2017, the U.S. added 2.6 million campers.

The report also finds the number of campers who camp three times or more each year–the most avid group of campers–increased by 64 percent since 2014.

According to KOA, the largest system of privately-held campgrounds with almost 500 locations across U.S. and Canada, increases in camping–both in reach and frequency–can be tied to increased accessibility of camping due to the removal of previously held beliefs and barriers.

While previous research demonstrated bugs, safety/security and/or campers not knowing anyone who camped as primary barriers to camping, those barriers are waning, with technology and social media serving as access portals to helpful information both prior to and during the camping experience.

“Camping is a highly social activity, and with that, we are seeing campers turning to their social circles or other camping influencers for information and resources, including borrowing or renting RVs and gear,” said Toby O’Rourke, president of KOA. “It’s this social nature–both on and off the campground–that continues to reduce barriers and fuel the growth of annual camping in North America. With reduced barriers and the desire of campers to connect with nature and each other, it is no surprise that camping is fast becoming a fundamental component of an outdoor lifestyle.” 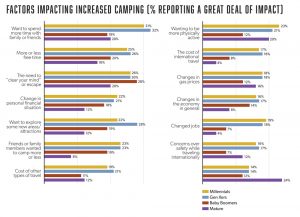 The KLA report continues to show campers view camping as a time to relax, escape stress and clear their minds. Even with an influx of new campers (both younger and more ethnically diverse), differences in opinion about the reasons for camping are beginning to lessen, with close to half of all campers suggesting that camping has “a great deal of impact” on reducing stress and allowing them to spend more time with their families. There is also increased recognition that camping contributes to emotional and physical health.

Among the key findings in the report:

The report finds campers somewhat conflicted about technology as part of the camping experience.

Yet nearly all campers (97 percent) state that they bring some type of technology with them while camping. Smartphones are gaining in popularity, while the use of laptops, tablets and GPS devices is waning.

Among the benefits of technology at the campsite, according to KOA, is making people more comfortable with the camping experience. The inability to attain information or help because of no cell service or online access was a barrier in the past.

“Access to technology brings information to a prospective camper’s fingertips,” wrote KOA in the report. “Answers to their questions are as close as a Google search and help, should they need it, is often just a call away. Easy access to technology, and especially mobile devices, also puts their minds at ease regarding safety, allowing them to more fully enjoy their outdoor experience.”

KOA believes social media is raising awareness on the camping experience. The study states, “Seeing their friends, or others with whom they relate, posting photos and videos on social media while camping can also help break down mental barriers among those who want to try it. Previously, those who were ‘camping curious’ may have been prevented from trying it due to the fears associated with trying something new for the first time. But seeing others they know camping–and enjoying it–can help shift their mindset to one of greater confidence (“if they’re doing it, so can I”). This in turn spurs them to share their own camping adventures on social media.”

KOA said the findings suggests that many campers think the use of technology is an “often unwelcome–yet necessary–part of the camping experience.”

Indeed, most campers have little resolve to completely “un-plug” on camping expeditions, the study finds. Only 9 percent said unplugging means no access to any technology.

The overall survey was conducted by Cairn Consulting Group in January 2018, of 2,402 U.S. households and 501 Canadian households. Teen survey numbers are based on a total of 403 surveys completed among a random sample of U.S. households with children between the ages of 13 and 17.

Photos and charts courtesy of Kampgrounds of America Inc. (KOA)