The Finish Line, Inc. downgraded its expectations for the second quarter with
sales now targeted in the range of $335 million to $339 million, compared to
$341.6 million last year and previous guidance of $352 million to $362 million.

In comp terms, the company expects a same-store sales decrease of 6% to
8% after a decrease of 2% last year and earlier guidance of a decrease between
3% and 6%. The earnings guidance was lowered to a range of 19 cents
to 21 cents per diluted share, down from 28 cents last year and previous guidance
of 25 cents to 28 cents.

The retailer said the downgrade was due to the decrease in sales and pressure
on product margins, as well as negative leverage on occupancy costs and selling,
general, and administrative expenses. Alan Cohen, FINL chairman and
CEO, said that the company has continued to experience significant weakness
in women’s performance running, which was down double-digits on a comparable
store basis for Q2. The softgoods business also slowed in Q2 with comparable
sales down double-digits as well. Comparable sales for June decreased
8% followed by an 11% decrease in July. August comps are expected to be
negative 3% to 5%. He said they anticipate inventory to be up 6% to 8% per
square foot for the Finish Line stores at the end of Q2.

Based on the future uncertainty of the business climate, FINL has also decided
to cease issuing quarterly or annual sales and earnings guidance.

>>> The issues facing FINL (and the industry) are broad and deep.
The solutions will be complicated and painful. Taking themselves out
of the quarterly numbers game gives FINL some time and some cover
to make the right decisions and implement them… 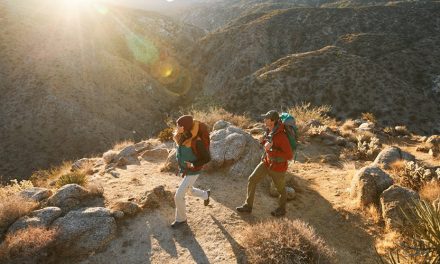