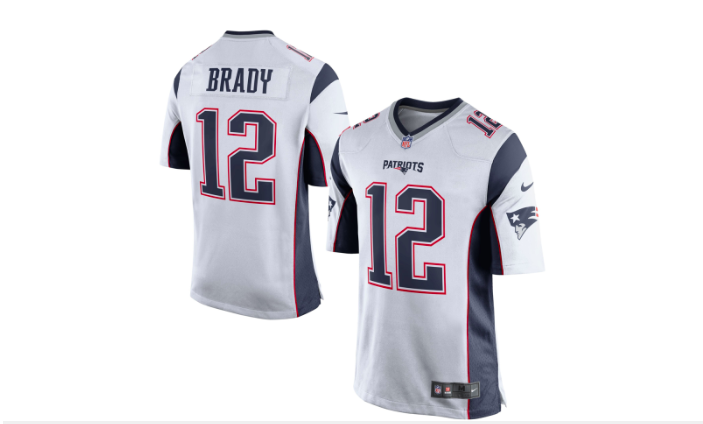 With deals with Wal-Mart and Major League Baseball (MLB) respectively, Fanatics and Nike continue to take bigger chunks of the fan apparel pie.

On Tuesday, Walmart said it is rolling out a Fan Shop by Fanatics on Walmart.com. The 10-year deal will see Fanatics exclusively list hundreds of thousands of items within the specialty fan shop, accounting for all sports-licensed merchandise on Walmart.com.

In an interview at the NRF Big Show in New York City in early January, Michael Rubin, founder and executive chairman of Fanatics, hinted that the company had just landed a “major partnership” with a “big global marketplace” that Fanatics would be announcing in the few weeks. Walmart has a sizeable marketplace for third-party sellers that competes with Amazon, eBay and others in the U.S.

For the online marketplace, the benefit would be to access to Fanatics’ more than a million SKUs across the licensed sports category. Rubin noted that even a major player such as Amazon “has a very small assortment in license sports” comparatively and having Fanatic’s broad assortments has been boosting growth across the major leagues’ websites.

“When you think about having every team, every product, every size, every gender, every color in stock in just about every situation, Fanatics brings that incredible assortment to the fan,” said Rubin. “And that’s where it helped to grow a lot of unmet demand previous to the advent of Fanatics.”

A major step towards that effort was the May 2017 acquisition of Majestic Athletic. Internal manufacturing capabilities have also become more important as Fanatics has secured additional rights to manufacture fan apparel with all of the major sports leagues, plus MLS. In Nike’s recent NFL deal, for instance, Fanatics secured the rights to make NFL jerseys and related merchandise under the Nike logo. The upcoming MLB partnership that now sees Nike replace Majestic works similarly.

Fanatics also recently reached its first two deals with colleges, the University of Oregon and University of Florida, to each school’s primary partner for licensed merchandise. Fanatics also will manufacture and distribute product to local retailers and direct-to-consumer.

For Walmart, the Fanatics’ deal provides in-depth assortments to fans that can’t be matched by Amazon, which does not have a major deal with Fanatics. The deal also comes as Walmart has been making a number of acquisitions to expand its online offerings and find brands that appeal to millennials and Gen-Z consumers.

The deals started with Jet.com in 2016 and were followed by ModCloth, Moosejaw, Bonobos, Eloquii, Bare Necessities and most recently Art.com. Moosejaw controversially last year helped Walmart open up a Premium Outdoor Store microsite that features brands such as Tentsile, Gramicci, Eddie Bauer, Craghoppers and Jack Wolfskin. A few months back, Walmart inked a deal with Lord & Taylor in which the department store operator sells its apparel on Walmart.com.

In a blog entry, Eric O’Toole, general manager, Sports and Fitness, Walmart U.S. eCommerce, said of the Fanatics deal, “We offer more than 75 million items on Walmart.com. And, as we continue to grow our assortment, we are also focused on adding harder-to-find specialty items. Today’s announcement of our partnership with Fanatics is part of this ongoing commitment to create unique, specialized experiences on Walmart.com that make it easier to find the items our customers (in this case, sports fans) are looking for. Game on.”

“Fanatics’ move to sell sports apparel on Walmart proves the importance for retailers to meet their customers where and when they’re engaged,” said Dan Neiweem, co-founder and principal at the consulting firm Avionos.  “As marketplaces like Amazon, Google, and, to some extent even Walmart, continue to be the first stop for consumers searching for particular items, it’s critical for retailers to include them in their digital strategy, especially around hot retail times like the Super Bowl. While sites like Walmart and Amazon give brands less control over their product, it puts one of the largest makers and sellers of licensed sports apparel in front of a larger audience, with logistics that meet consumer demands for seamless online shopping experiences and fast shipping. The move also highlights the trend of de-commoditization in retail today – sports apparel has been historically hard to come by on marketplaces, but Fanatics is realizing that it needs to expand its reach beyond just sport sites like NFL.com and get its products in front of shoppers who are browsing for merchandise on more general retail sites.”

For Nike, the Fanatics deal means that at least in the sports licensing category, Nike will be selling on walmart.com for the first time. Last September, Nike formed a strategic relationship to sell a curated assortment of Nike product as well as Converse directly on Walmart’s Jet.com website to tap Jet.com’s target audience of affluent, urban millennials. The move followed Nike’s surprise move the prior year to start selling product directly on Amazon.com.

Other fan labels selling through Fanatics include Fan Favorite and Antigua. Liquid Blue and The Northwest Company appear to sell directly on walmart.com.

Meanwhile, Nike and MLB last Friday announced that beginning in 2020, Nike will become the exclusive provider of MLB’s on-field uniforms (which will feature a Nike Swoosh), including baselayers, game-day outerwear and training apparel.

Fanatics will manufacture and distribute all Nike MLB products sold at retail as part of the arrangement to sell fan gear first struck in the initial Under Armour deal.

Nike will replace Majestic, which was acquired by Fanatics last year from VF Corp. to support its v-commerce model. Majestic has manufactured MLB batting practice jerseys since 1982 and has been the exclusive supplier of game uniforms since 2005. Before that, uniforms were manufactured by Majestic, Russell Athletic and Rawlings.

When it takes over, Nike will be making the uniforms for the three major sports leagues, also including the NFL and NBA.

Nike took over as the official supplier for the NFL in 2012 after the NFL’s lengthy deal with Reebok came to a conclusion and the NBA contract from Adidas in 2017. Adidas had taken over the NBA contract after acquiring Reebok and past makers of NBA uniforms included Champion, Starter and Nike in the earlier nineties.

Adidas has said in the past that the major sponsorships weren’t paying off for the brand in the U.S. with Nike’s stronghold in the marketplace but Adidas still has uniform sponsorship deals with the MLS and NHL.

Nike will also continue as an official MLB sponsor, supporting league initiatives, grassroots marketing and fan events. Nike, as part of the new agreement, will partner with all 30 MLB Clubs and promote its brand and products across MLB media assets, including MLB Network, MLB.com and MLB Social.

“We’re thrilled to bring more innovation and creativity to Major League Baseball and the incredible athletes who play the game,” said Tom Peddie, VP/GM of Nike North America, in a statement. “This is an exciting time for baseball, and we look forward to partnering with MLB to grow the sport both across America as well as around the globe.”