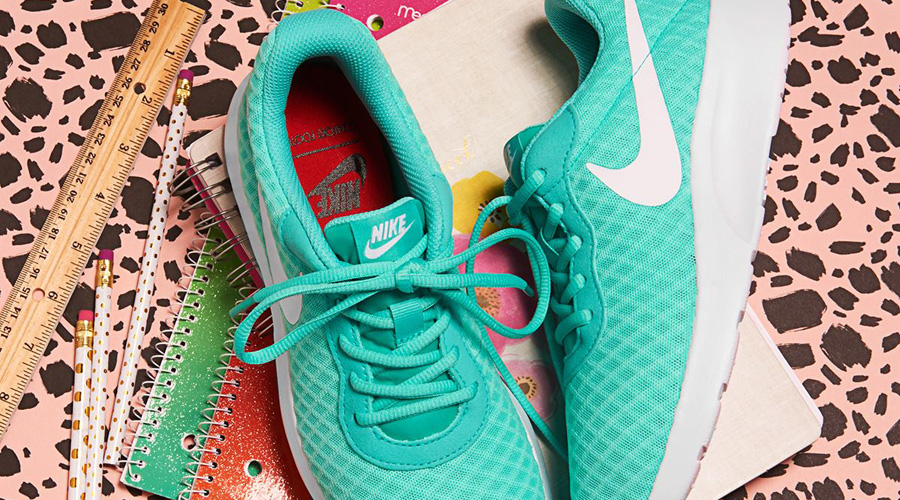 Hurt by a continuing shift to buying closer to needs for the back-to-school (BTS) selling season, Famous Footwear’s same-store sales slipped 1.1 percent in the second quarter.

On a conference call with analysts, Diane Sullivan, chairman, president and CEO of the chain’s parent, Caleres Inc., said that while Famous Footwear has seen this trend for several years, it’s “much more pronounced this year” with consumers buying at need or even beyond the traditional season.

“With roughly two-thirds of our consumer doors already back in the class room, we are deep into the heart of back-to-school and yet we’re seeing some consumers are starting their shopping after school even more than we’ve seen before,” said Sullivan.

Overall, same-store revenue for the retailer’s 2016 BTS season currently is up about one percent. Each week showed improved performance and August comps sales rose 2.5 percent, company officials said. For the second quarter, comps were down in May, rose in June and then dropped again in July.

Net sales at Famous Footwear in the latest quarter declined 1.5 percent to $390.1 million. Operating earnings were off 17.1 percent to $5.8 million as the sales decline offset a slight improvement in gross margins to 45.5 percent from 45.3 percent.

Immune to the BTS doldrums, sales at Famous.com were up 65 percent to date for BTS with the majority of orders being fulfilled from store inventory. Among categories, Sullivan said Famous saw continued growth in lifestyle athletic and sport influence product in the quarter.

Said Sullivan, “We planned these styles up for back-to-school and they are taking shares from overall athletic and reaching into the fashion segment. And as you would imagine, these are the areas we have planned up for the back half and into 2017.”

Companywide, earnings rose 17.5 percent to $19.8 million, or 46 cents a share. Results came in short of Wall Street’s consensus estimate of 50 cents a share but shares of Caleres were trending up, ahead $1.43 or 5.9 percent, to $25.69 in mid-day trading August 30 following the release on the New York Stock Exchange.

Sullivan noted that despite the “continuing industrywide shifts,” the company improved overall gross margins, controlled expenses, kept inventories in line with plan and continued to invest for long-term growth.

“While the overall industry is still soft, we are actively managing the areas within our control and maintaining very disciplined focus,” said Sullivan. “Thanks to our investments and the team’s agility, we have been able to read and react to the atypical seasonal shopping patterns we have been seeing and to more rapidly respond to the consumers’ desire that we’re seeing for newness.”

At its Brand Porfolio wholesale segment, sales were down 3.8 percent to $232.8 million but operating earnings improved 9.1 percent to 17.5 million. Among its brands, Dr. Scholl’s sales were lower as the brand continued to exit some categories in the mass channel. Naturalizer also declined due to “some difficult traffic trends.”  Healthy gains were seen by Sam Edelman and Franco Sarto. The segment also includes the Ryka women’s athletic brand.

Caleres maintained its guidance for the full year. It expects earnings in the range of $2.00 to $2.10, up from $2.00 the previous year. Sales are expected to land between $2.57 billion to $2.6 billion, which is essentially flat with $2.58 billion in 2015. Famous Footwear same-store-sales are projected to be flat to up to low-single digits for the year.

“Despite the current environment, we’re confident in our ability to deliver consistent, profitable and sustainable long-term growth through the continued execution of our strategy,” Sullivan said. “Investments such as our supply chain and our consumer fulfillment initiatives have made it easier for us to adapt to the constant changes in the industry and at retail.”