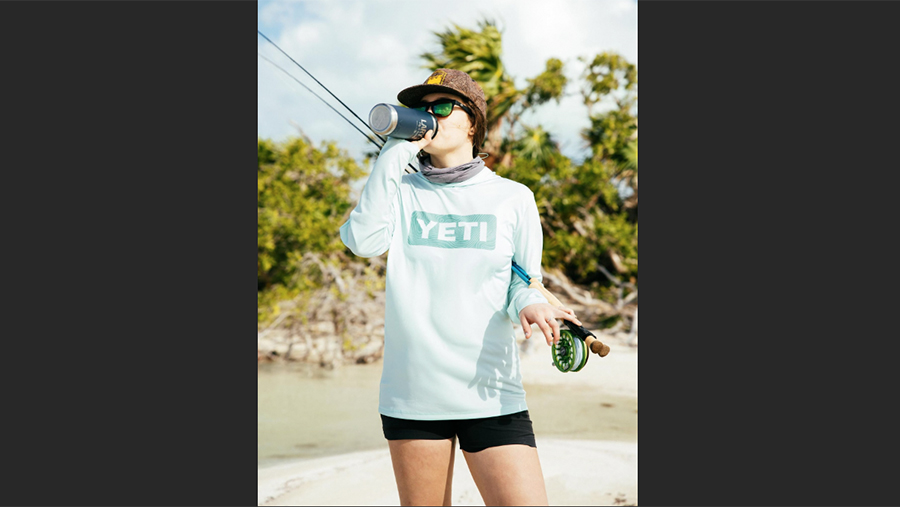 Yeti, Inc. reported sales in the first quarter climbed 18.6 percent year-over-year, exceeding plan. Sales have more than doubled since the first quarter of 2019 with drinkware sales leading the gains. Earnings were slightly ahead of Wall Street estimates.

“Yeti’s first quarter results highlight the strong, resilient consumer demand that has been a consistent hallmark of our brand, as well as showing you outstanding execution by our team,” said Matt Reintjes, president and CEO, on a call with analysts. “We are particularly encouraged with the all-around performance of the business amidst the ongoing challenges and unpredictability of the current environment.”

In the first quarter ended April 2, sales increased to $293.6 million compared to $247.6 million during the same period last year and ahead of Wall Street’s consensus estimate of $290.5 million.

By product category, Drinkware sales increased 23.6 percent to $184.0 million, primarily driven by the continued expansion of its product offerings, including the introduction of new colors and sizes as well as  demand for customization from both yeti.com customers and across corporate sales. Yeti continues to see traction with 2021 introductions, including travel mugs and 26-ounce straw cup.

Coolers and Equipment sales increased 10.2 percent to $103.0 million due to a strong performance in bags, outdoor living products, hard coolers, and cargo. Demand was strong for most of the broader category, including hard coolers. Early receptivity to new products, like soft coolers and Camino totes, has been strong as marketing support has been ramped up and the product arrives more fully into the wholesale channel.

Gross margins eroded 590 basis points to 52.7 percent. The decrease was primarily driven by higher inbound freight, including a 220 basis point impact of a non-recurring true-up of prior year freight costs and an unfavorable impact of the non-renewal of the Global System of Preferences (GSP) program on import duties, partially offset by price increases and a favorable mix shift to our DTC channel.

SG&A expenses increased 15.7 percent to $121.6 million. As a percent of sales, SG&A expenses decreased 110 basis points to 41.4 percent, primarily driven by non-variable expense leverage on higher sales, partially offset by higher variable expenses by an increase in DTC sales mix during the quarter.

Inventory increased 125 percent to $413.0 million, compared to $183.9 million at the end of the prior-year quarter. Nearly two-thirds of this increase is related to higher in-transit inventory due to extended lead times from ongoing supply chain disruptions and the impact of higher inbound freight costs.

Reintjes continued, “We remain incredibly focused on delivering against our global strategic priorities in 2022. Highlights include the successful launch of product innovation in soft coolers and bags, the expansion of digital and in-person brand-building initiatives, and the launch of our re-designed, mobile-focused e-commerce experience. As we have over the past two years, Yeti will continue to be agile in our execution as we continue to drive long-term demand for the Yeti brand.”

On the call, Reintjes noted that the quarter marked a three-year compounded annual growth rate of 24 percent.

“We drove double-digit growth in both our product categories and across both our channels, while our international business reached a record high of nearly 13 percent of overall sales,” said Reintjes. “As anticipated, adjusted operating margin was in line with expectations even against higher gross margin headwinds due to persistent and elevated supply chain costs.”

He said the gains came despite tough comparisons against a strong year-ago period that benefited from both a product transition and a timing of new introductions. He added, “We expect similar growth in the current quarter to be supported by the broader release of our first half product launches, combined with the higher demand periods associated with the approach of active outdoor summer activities and the moms, dads, and grads gift giving occasions.”

In the U.S., two Yeti brand activations that were paused during the pandemic returned, the YETI Music Showcase at South by Southwest and the YETI Film Tour, which commenced last week in California as part of a 12-stop run. Said Reintjes, “Highlighted by ambassador appearances and epic storytelling, we’re excited to share seven new films focused on the incredible stories about people and places.”

In bags, the original Camino tote was expanded with two new sizes, a more compact Camino 20 and the enlarged Camino 50. Said Reintjes, “This products family is driving substantial year-over-year gains and remains a fantastic multi-use bag for adventure and every day.”

The Panga line of waterproof duffels and backpacks is being refreshed for the first time since the original 2017 introduction by offering a new tan colorway. In addition, select wholesale distribution for Yeti’s bag line is being tested later this quarter.

In soft coolers, the Hopper M30 and the Hopper M20 backpack was launched with key televised sports events including during the NCAA March Madness. Said Reintjes, “Overall, the early response to these products has been above expectations and we are excited to broaden distribution to wholesale ahead of late spring and early summer buying. We plan more cooler innovation to come as we progress through the year.”

On channels, Reintjes said Yeti’s e-commerce business is experiencing “great growth” as Yeti invests in “attracting, acquiring and retaining” customers. In April, a redesigned yeti.com platform with a mobile-first experience was unveiled. Said Reintjes, “Early customer responses have been positive as measured by improved conversion, but we know that bigger opportunities to drive impactful individual personalized experiences remain ahead of us.”

In other direct-to-consumer businesses, corporate sales continues to find success and Yeti’s stores continue to perform ahead of expectations with two temporary store locations in Dallas and Fort Lauderdale recently converted to longer-term leases. Amazon growth improved sequentially as progress was made in reloading inventory into their network.

Said Reintjes, “On the wholesale side of the business, the execution of our focus and optimization strategy is beginning to contribute to healthier, more consistent in stocks across the channel, spanning from our national accounts to our independent partners. At the same time, we continue to look for ways to elevate our overall in-store merchandising as we drive better alignment across all points of distribution. Sell through in the channel remained positive for the quarter, and we’re on track to deliver low double-digit growth for the year.”

Internationally, revenues were up 45 percent year-over-year and more than three times from the first quarter of 2020. Australia and Canada are leading the gains with Europe facing some macroeconomic challenges. Said Reintjes “We remain incredibly bullish on the brand’s ability to elicit a similar level of passion and engagement that we see with our domestic customers.”

Reintjes concluded, “Our fiscal 2022 outlook continues to be supported by strong sales growth of between 18 percent and 20 percent with each quarter expected to be in line with this range. Our operating income growth will strengthen as the gross margin comparisons begin to ease throughout the year as we roll over the cost headwinds that accelerated in the second half of fiscal 2021. In addition, we will remain disciplined in investing in our business to support both near-term and long-term opportunities for the brand.”