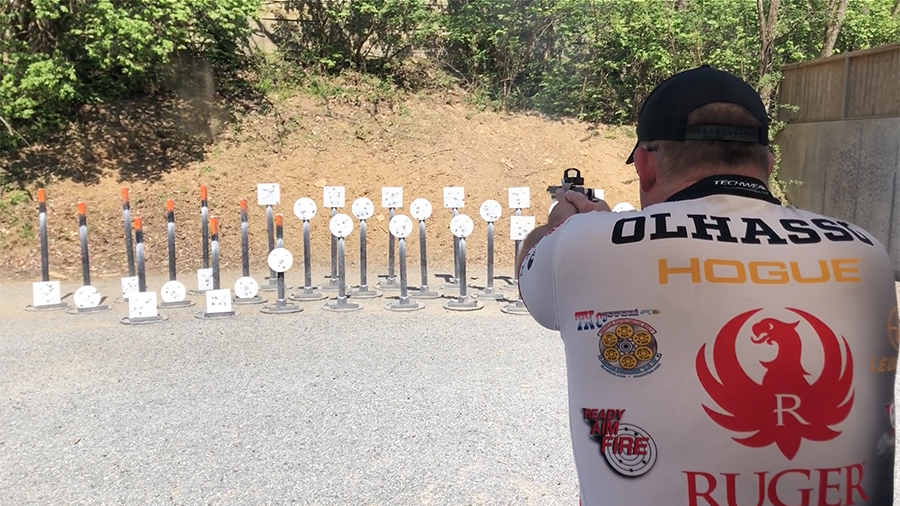 On an analysts call, CEO Chris Killoy said April sales were down at a similar rate as the first quarter and few signs of a pick-up in firearms demand are evident. He said, “We can’t predict the future but certainly in the last couple of months have shown that decline over those historic highs that we saw last year. So that’s what we’ve seen so far. And we saw it in April as well.”

On the call, Tom Dineen, CFO, said the 10 percent reduction in sales from last year “reflects decreased consumer demand for firearms from the unprecedented levels of the surge that began early in 2020 and remained throughout the first quarter of 2021.”

The slightly steeper profit reflects a decrease in gross margin from 39.4 percent to 34.9 percent and operating profit margin eroding from 28.2 percent to 23.2 percent. The lower margins resulted from the unfavorable deleveraging of fixed costs resulting from the decreased sales and production, plus inflationary cost increases in materials, commodities, services, energy, fuel, and transportation partly offset by increased pricing.

Killoy added that as overall consumer demand subsided during the quarter, Ruger’s finished goods inventory increased by 29,800 units and the distributor inventories of the company’s products increased by 80,400 units.

Said Killoy, ”Our operations and logistics folks have done a great job navigating the challenges brought about by tight labor markets, transportation issues and supply chain delays which allowed for greater flexibility in our production mix and mitigated the adverse impacts of these challenges. We will continue to be responsive and proactive in our manufacturing approach primarily right down to the individual model to optimize the inventory mix of Ruger firearms in the distribution chain and allow for continued healthy replenishment of Ruger guns at the retail and distribution level.”

Innovation continues to be a primary focus for Ruger. Most recently, the Ruger Custom Shop 10/22 Left-handed Competition Rifle was awarded the Golden Bullseye Award as the American Rifleman Rifle of the Year.

Killoy is also seeing progress with Marlin, which was acquired out of the Remington bankruptcy in November 2020. He said, “We continue to increase production volumes and look forward to reintroducing additional Ruger-made, Marlin lever-action rifles throughout the year. We are really just scratching the surface of the value that Marlin products and the Marlin brand will bring to Ruger. We are looking forward to more Ruger and Marlin new product launches in 2022.”

Sales of new products, including the PC Charger, the MAX-9 pistol, LCP MAX pistol and Marlin 1895 lever-action rifle, represented $21.4 million, or 13 percent of firearm sales, in the first quarter of 2022.

Several popular firearms that were considered new products in 2021 including the Wrangler revolver, the Ruger-5.7 pistol and the LCP II in .22 LR rifle have now been in production for over two years and are no longer included in the new product sales for the first quarter of 2022.

Said Killoy, “Those firearms continue to sell well for us. They are just no longer captured in our new product metric. We will remain disciplined and committed to our strategy of pursuing manufacturing excellence and vigorously developing innovative and exciting new products.”

In the Q&A session of the call, Killoy said Ruger will continue to explore pricing actions to offset inflationary pressures. He said, “We’ve taken three price increases over the last 18 months. Each of those was about 3 percent pretty much across the board. The exception being accessories were up a little higher than that. So we’ve tried to get some of that back.”

He said further pricing action “remains to be seen based on the competitive market we see out there whether we can do that going forward.”