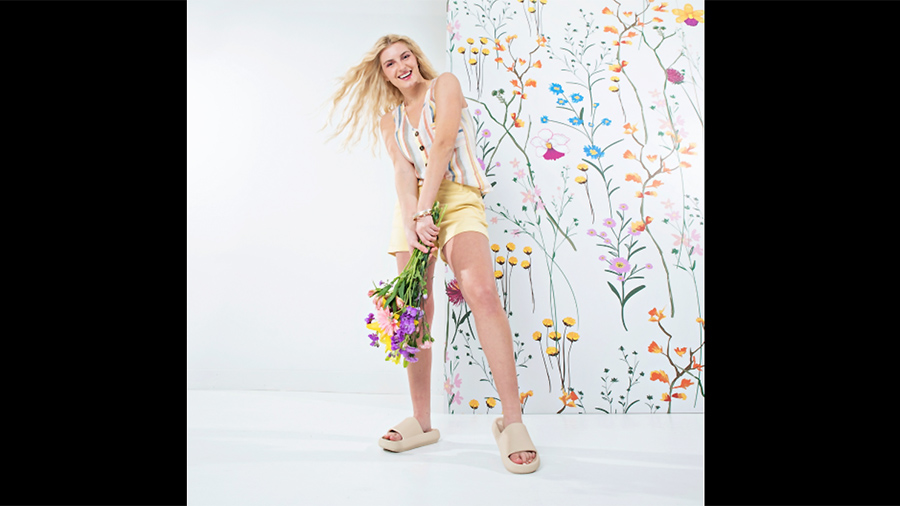 Shoe Carnival, Inc. reported that in the first quarter, adult athletic footwear same-store sales declined 20 percent versus the stimulus-boosted 2021 period and were off “very slightly” versus the pre-pandemic first quarter of 2019. Officials said dress, casual and sandals categories have returned to traditional pre-pandemic demand.

“I’m encouraged to share that our customers returned to a more normal shopping pattern during Q1 of 2022,” said Mark Worden, president and CEO, on a call with analysts. “However, category trends and customer behavior closely resembled the first quarter of 2019 before the pandemic began.”

Worden said Shoe Carnival had been increasing buys around non-athletic seasonal products, dress and casual categories as those categories re-emerged as growth trends last year. As a result, Shoe Carnival saw an approximately 600 year-over-year basis point shift from athletics back to non-athletics for the total corporation, returning Shoe Carnival’s category mix to its typical split of roughly 50/50 athletic and non-athletic.

Carl Scibetta, senior EVP and chief merchandising officer, said the split mix is “frankly the strength of our formula.” The footwear off-pricer has long placed a greater focus on athletic footwear versus its two largest competitors, Famous Footwear and DSW.

Asked whether Shoe Carnival has started to benefit from Nike’s moves to reduce wholesale distribution, Worden would only assert that the chain’s positioning in athletics remained strong. He said, “Broadly speaking, we’ve seen growth in our athletic market share for multiple years, and we’re confident with the lay of the land. We’ve got the right strategic partners and a broad, diverse set, and we’re going to continue to grow market share. We can expect that to continue to accelerate as we get into back to school and holiday season this year, based on our relationships across the slate of the world’s best brands.”

Companywide, sales and earnings were down as year-ago results were boosted by the government’s distribution of over $400 billion in consumer stimulus money; however, sales were in line with EPS, surpassed internal expectations, and exceeded Wall Street’s consensus estimate. Shoe Carnival raised its EPS outlook for 2022.

These results were against a net sales increase of 122.7 percent and a comparable store sales increase of 125.8 percent in Q1 last year.
Shoe Carnival focused on the chain’s progress against the pre-pandemic 2019 first quarter that stimulus payments had not impacted in the 2021 period or store closures in the 2020 period.

Worden said the quarter marked the fifth consecutive quarter of growing sales by over 20 percent versus 2019 and reflected three key learnings. “First, our strategy is to double our profit generation model compared to the levels before the pandemic have worked. Second, market share growth from new customer acquisitions and loyalty enhancements continue to advance our plans to become a multibillion-dollar retailer. Third, customers are highly engaged with the dress, casual and sandals product categories demonstrating a strong return to pre-pandemic lifestyles and trends,” said Worden.

SG&A margins were reduced to 24.4 percent of sales from 25.5 percent a year ago.

Shoe Carnival closed out the quarter with inventory up 22.6 percent on a per-store basis. Approximately 40 percent of the increase was due to the acquisition last December of Shoe Station, which operates 22 stores in the Southeast. The remaining increase was due to the accelerated receipt of merchandise to help protect store inventory against supply chain delays. Kerry Jackson, CFO, said on the call, “The acceleration of merchandise receipts has put us in a solid position for Spring and should position us well for back-to-school. We continue to have ample liquidity to fund our growth initiatives.”

With Q1 sales results in line and diluted EPS ahead of expectations, Shoe Carnival reiterated its sales guidance for fiscal 2022 of 4 percent to 7 percent growth and raised its EPS guidance to $3.95 to $4.15 from previous expectations of $3.80 to $4.10.