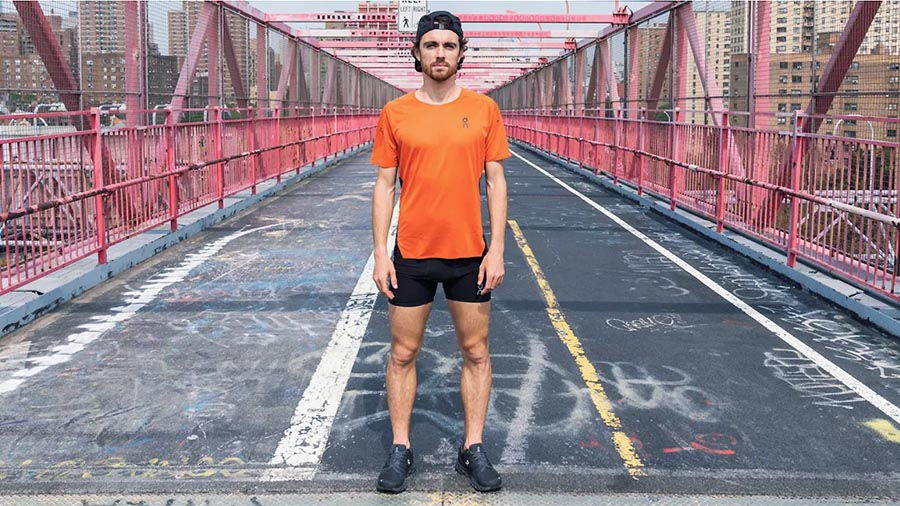 On’s second-quarter results arrived far ahead of Wall Street’s targets as the Swiss running brand was able to overcome supply chain challenges and capitalize on strong demand in North America. On raised its outlook for the year.

“Consumer demand for the On brand remains very high,” said Caspar Coppetti, co-founder and executive co-chairman, on a conference call with analysts. “All geographies, channels and categories contributed strongly to this outstanding result, confirming On’s tried-and-tested strategy of maintaining a well-balanced product and distribution portfolio.”

Hoffmann said wholesale growth was driven by the continued gain of market share with most existing retail partners. He added, “This is driven by the success of existing and new products as well as a further selective expansion of our doors with our global and regional key accounts.”

DTC growth came despite elevated year-ago growth that was due to ongoing lockdowns in Europe.

Martin Hoffmann, CFO and co-CEO, said the strong DTC growth provides “further validation of our ability to build and retain a loyal fan base and to provide the best and most authentic experience to our customers.”

In October, On plans to roll out a new website, which will provide a more tailored, individualized brand experience and showcase more product details, which On believes is a key driver for further growth of apparel share.

In its newer brick-and-mortar business, flagships in Tokyo and Zurich “had a very successful start” while it’s New York City flagship had its strongest quarter to date, driven by an increase in store foot traffic. Stores are set to open in Los Angeles in September and Miami in December. The opening of its London store will be delayed to early 2023. On expects to end 2022 with 13 owned and operated stores in China and six in all other markets.

North America Sees 103.5 Percent Growth
By region, the gains were led by North America, up 102.5 percent to CHF 181.7 million. The region accounted for 62.3 percent of the business in the three-month period.

Hoffmann said on the call, “In North America, we continue seeing the strong brand momentum that has been fueled by the IPO, by a strong product market fit of our existing and all recently launched products, and by the successful expansion of our collaboration with the best key accounts and specialty stores in the region.”

Net sales in Europe advanced 17.5 percent to CHF 83.3 million. Hoffmann said wholesale in Europe has grown over-proportionately as On continues seeing a stronger shift from online to offline shopping in the region. Also, DTC sales in Q2 last year were elevated due to the sustained lockdowns in many of its key markets. Sales growth in Europe was further negatively impacted by a weaker euro and British pound compared to the Swiss franc. Hoffmann said, “We continue to be very encouraged by the development in individual markets within Europe, including, but not limited to, U.K. and France.”

Net sales in the Asia-Pacific grew by 52.2 percent in the quarter to CHF 17.9 million. “Very strong growth” in Japan and Australia helped offset most of the impact from the extensive lockdowns in China. On’s warehouse in Shanghai and around half of its China stores were closed for two months resulting in approximately CHF 5 million of lost sales. Hoffmann said, “Due to the structure of the China business, the impact is over-proportionate on our D2C and apparel business. As soon as restrictions were lifted, we have seen a very strong recovery in China. And in June, our own retail locations had their strongest month in history.”

Rest of World’s sales grew by 224.2 percent to CHF 8.8 million, reflecting the post-COVID recovery in many distributor markets as well as some earlier shipments of fall/winter products compared to Q2 last year.

Footwear Sales Jump 68 Percent
By product category, sales from shoes increased 68.2 percent to CHF 280.6 million. Hoffmann said an expanded line of performance running shoes is driving market share gains in the running market, both from existing and new customers. Among the launches, the Cloudmonster maximum-cushioning model ranks among its best-seller in On’s owned distribution while the Cloudrunner everyday running shoe has become a top performer at specialty and general sporting goods accounts. The Cloudultra and Cloudvista gained traction in the trail running category while the Cloudnova continues to attract new customers.

Sales of apparel increased 31.3 percent to CHF 9.2 million. The increase was slightly below management’s expectation, “but also shows the large opportunity that we have in this category given the strength and penetration of our brand in footwear,” said Hoffmann. He also said “very strong” apparel sales were seen in On’s owned stores with apparel share at 18 percent at its new Tokyo store and 19 percent in Zurich.

On will continue to invest in shop-in-shops to drive apparel growth, including ones established inside Nordstrom in the U.S. and Sport Chek in Canada. Hoffmann said of the shop-in-shops, “As a result, we see both strong uplift in overall sales and a significantly higher apparel split between 15 percent to 25 percent.”

Gross margins Impacted By Freight Costs
Gross profit increased 51.2 percent to CHF 160.8 million. Gross margins, however, eroded to 55.1 percent from 60.7 percent due to planned investments into air freight to support demand. Gross margins were still up from 51.8 percent in the first quarter 2022, reflecting continued, yet reduced transitory headwinds from higher air freight costs and corresponding expenses.

Hoffman said, “In Q2, we continued to invest in all parts of the business while still delivering profitability despite significant airfreight costs.”

SG&A expenses before share-based compensation and excluding CHF 3.3 million IPO-related equity transaction costs in Q2 2021 were 48 percent of sales in the latest quarter compared to 48.7 percent for the same period last year.

Net income more than tripled to CHF 49.1 million from CHF 14.2 million a year ago.

Inventories at the close of the quarter increased by CHF 54.3 million compared to the end of March, reflecting the significantly improved supply situation. Hoffman said, “With this position, we were well equipped to deliver our strong fall/winter season preorders beginning as of early July.”

Higher Outlook
On the back of its successful first half of the year and continued demand for its products, On raised its previous guidance and now expects net sales of at least CHF 1.1 billion, representing year-over-year growth of 52 percent compared to 2021. Previously, sales were expected to exceed CHF 1.04 billion, representing year-over-year growth of at least 44 percent.

Regarding the improved outlook, Hoffman said despite the macro uncertainty, “we currently do not see any signs of a slowing demand for On products.” He noted that some key accounts are starting to pay more attention to their in-store inventory, but sellout numbers for On have “stayed consistently strong. And we are clearly planning the business this year for continued strong growth.”

The earnings improvement in part reflects a decision to grow its cost base more conservatively and to reduce its goal for new hires for the remainder of the year in light of the macro uncertainty. Hoffman added, “And while we felt the importance for our teams to come back together physically after the end of the pandemic, we plan to make more use again of the proven ability to working together virtually and to reduce travel in the months to come.”

He said that while On expects to use a more standard ocean freight for the vast majority of shipments going forward, investments in air freight will be used to support better-than-expected performances from the launch of the Cloudmonster and Cloudrunner. The extra air freight is expected to have an impact on gross profit margin of 150 to 200 basis points in the third quarter.