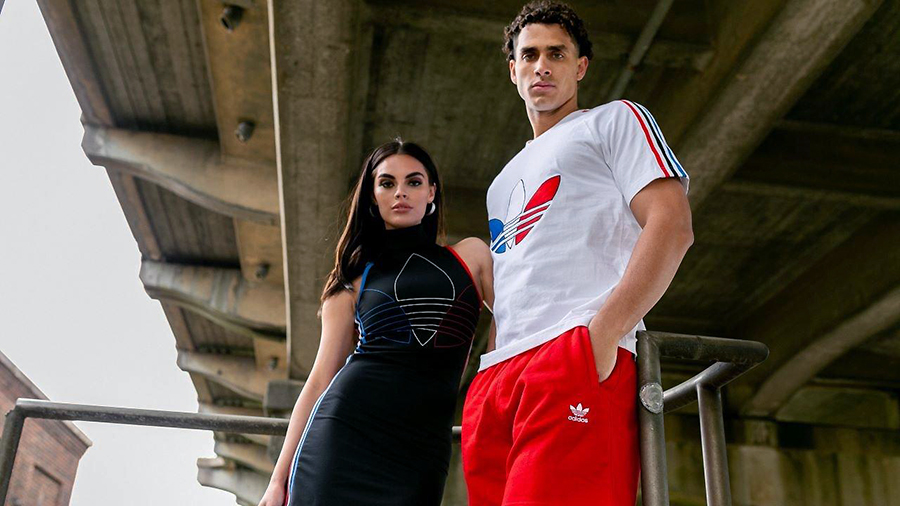 Hibbett, Inc. reported that first-quarter earnings were in line with expectations but down against a year-ago period that was boosted by federal stimulus spending. However, improving inventory levels encouraged Hibbett officials to reiterate its outlook for the year that calling for a return to growth in the second half. Inflationary pressures also aren’t considered much of a concern.

“During the first quarter, our team effectively executed our strategic plan and delivered comparable store sales and financial results in line with our expectations,” said Mike Longo, president and CEO on a call with analysts. “Furthermore, our strong inventory position and a quarter in gives us confidence in our full-year guidance.”

Hibbett officials again offered comparisons to the pre-pandemic FY20, which covers the 2019 calendar year. The retailer believes three-year comparisons offer the most relevant comparison given the impacts of COVID and stimulus spending during the last two fiscal years.

Longo said two key factors, stimulus spending and inventory levels, impacted the first-quarter performance. He said the lack of stimulus this year versus last year caused consumers to have less disposable income and they subsequently decreased their spending year over year in q1. Long said, “The effect of last year’s stimulus was mostly limited to Q1 and we believe is now substantially behind us.”

Second, Hibbett started the quarter with lower-than-desired inventory levels due to continued supply chain disruption to also impact sales gains. However, inventory increased by approximately $94 million during this quarter, with a significant portion arriving late in the quarter. Added Longo, “As a result, we have improved our inventory levels in a number of high demand products that are well-positioned to achieve our sales targets moving forward.”

Comparable sales slumped 18.9 percent year over year versus the prior year but increased by 22.9 percent versus Q120.

E-commerce sales increased 4.1 percent on a year-over-year basis and surged 116.9 percent over the three-year period. E-commerce represented 14.6 percent of total sales in the latest period compared to 11.7 percent a year ago and 8.3 percent in Q120.

Bill Quinn, SVP of digital commerce, said the three key drivers of e-commerce’s performance as improved inventory levels, increase traffic to its website, and improvements to our digital customer experience. Investment to continue to elevate the online experience is planned. Quinn said, “Our online business is growing and we expect to continue to see high-single-digit to low-double-digit growth in the upcoming quarters.”

Gross margins in the quarter were down 440 basis points to 37.0 percent from 41.4 percent. The decline was driven by deleverage of store occupancy of 160 basis points, higher average product cost of 150 basis points and increased freight and transportation costs of 130 basis points.

Store operating, selling and administrative (SG&A) expenses were 22.5 percent of sales, up from 18.1 percent a year ago. The 440 basis point increase was primarily the result of deleveraging from the year-over-year sales decline and increased costs associated with advertising, professional services and supplies necessary to support a larger store base and higher e-commerce volume.

Compared to FY20, footwear comped in the high teens as Hibbett was able to get a more favorable inventory position in key franchises during the latter part of the quarter. Team sports declined in the low teens versus FY20.

Specific to footwear and apparel, men’s, women’s and kids were all up double digits when compared to FY20. On a three-year basis, women’s grew in the mid-sixties, men’s increased in the low twenties and kids advanced in the low-teens.

Briskin said Hibbett is “very pleased” with its inventory levels. As of April 30, inventories were $314.9 million, a 72.6 percent increase compared to the prior year’s first quarter and up 40.7 percent from the beginning of the quarter.

Briskin said the inventory content leaves Hibbett “well-positioned to drive results as we move into the second quarter.”

He noted that due to delays due to ongoing supply chain issues, inventory levels at the beginning of the year when compared to FY20 were down in the low twenties. Inventory receipts improved throughout the quarter and were up to FY20 in the low twenties by the end, in line with sales trends over that time frame.

“Results in the first quarter combined with our strong quarter-end inventory position continues to give us confidence that strategic shifts that are merchandising organization and our toe to head merchandising strategy are working,” said Briskin.

“While the last two fiscal years have been positively impacted by stimulus and changes to the landscape, we have also steadily improved the underlying business model to take advantage of the opportunities presented to us,” the CEO said. “As a result, we generated solid quarter over quarter compound annual growth rates over the past several years.

He added, “Importantly, we have structurally re-based our sales and profits at higher levels versus pre-pandemic levels, driven by improved execution, investments in the business model,  investments in the consumer experience, new customer retention and a stronger inventory position.”

Longo further added, “We believe that our best-in-class omni-channel business model, our best in class service in our stores and our compelling merchandise assortment creates differentiation in the marketplace, provides us with a competitive advantage in the eyes of the consumer and our vendor partners and puts us in a position to deliver strong sales and profitability results in the coming years.”

Quinn said recent consumer research from Hibbett shows that Hibbett’s customers are concerned about rising inflation and expect it to have a general impact on their discretionary retail spending. However, he said customers have stated a reluctance to reduce spending on specific brands, which comprise the majority of Hibbett’s assortments.

Added Quinn, “Looking at the behavior of our customers versus calendar 2019, we perceive two fundamental differences. One, our customer base has grown. And two, average unit retails increased substantially. We see these two factors as structural in nature, keeping our business rebased line above pre-pandemic levels.”

Hibbett reiterated its guidance for the year that calls for: