EXEC: Athleta Expects To Moderate Growth In Near Term On Active Slowdown 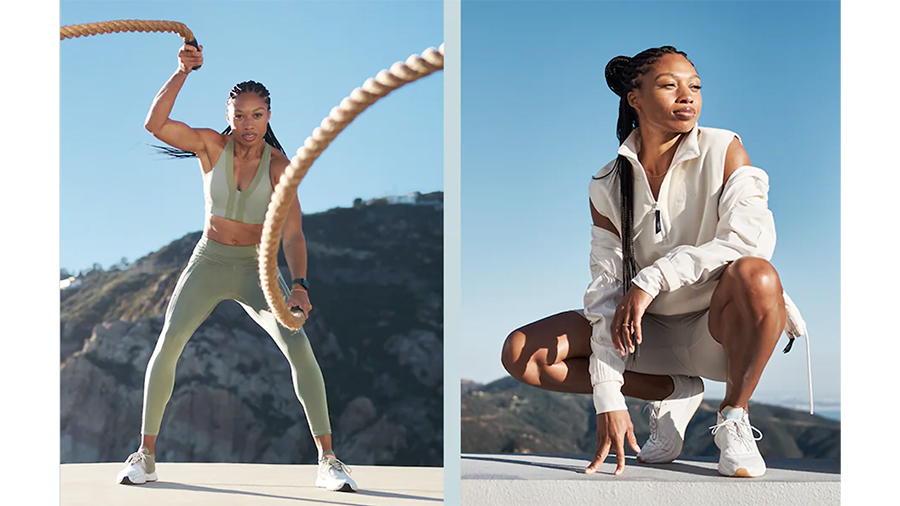 Gap, Inc. said Athleta expects to deliver a mid-double-digit revenue CAGR (compound annual growth rate) over the next several years, but growth could slow over the next few quarters due to weakening in the active category.

Overall, Gap reported earnings below expectations due mainly to inventory mix challenges at Old Navy, primarily driven by lower-than-expected demand in key categories, including active, fleece, kids, and baby. Gap significantly lowered its overall guidance for the year as the challenges could remain over the next three quarters.

On a call with analysts, Sonia Syngal, CEO, said Gap expects the issues at Old Navy to negatively impact fiscal 2022 diluted EPS by 90 cents to $1.00 but be largely resolved by the end of the fiscal year “as we take necessary actions to rightsize the assortment and reengage responsive supply chain capabilities.”

She added, “While the primary impact of soft demand in active, fleece, kids and baby has been felt at Old Navy, our Gap and Athleta brands are not immune to this customer shift.”

The lowered corporate guidance also reflects a “conservative posture related to the impact of inflation on our cost and our customer,” she added.

Athleta’s sales reached $360 million in the first quarter, up 4 percent from $347 million a year ago. In the 2021 quarter, sales had grown 69 percent year-over-year.

Comparable sales in the latest quarter were down 7 percent after expanding 27 percent year-over-year in the year-ago quarter.

“Athleta’s position and appeal to empower active women and girls is as relevant as ever,” said Syngal in her formal remarks. “The brand has delivered approximately 60 percent growth versus 2019 pre-pandemic level. We believe Athleta has multi-year tailwinds as leisure and wellness are two big trends that are not going anywhere. And we see a path toward delivering mid-double-digit revenue CAGR over the next several years, positioning the brand as one of the fastest-growing women’s athleisure brands in North America.”

Syngal added, “Athleta’s focus on both active and lifestyle positions it well to capitalize on the evolving shopping trends, and with this consumer shift, we’re keeping a close eye on balancing the right assortment mix for the remainder of the year.”

In the Q&A section of the call, Syngal again noted that Athleta registered 60 percent growth versus pre-pandemic levels and said the slowdown in part reflected the anniversary of those gains.

“Last year was strong for active across the sector, and all of our brands benefited from that —— Old Navy, Athleta and Gap,” said Syngal. “And as we anniversary that, we’re seeing a slowdown in performance active. And we think that’s transitory.”

She added, “There’s nothing wrong with the athleisure category; we see it as the biggest in apparel and the highest growth over the long term. There are just some transitory issues anniversarying last year that we’re filling in the short term and Athleta anniversarying strong sales last year in Q1. So we see a path toward continued growth, and in the near term, we’re just taking a little more of a conservative stance on the performance active side of things. Their active lifestyle product continues to have versatility and response, so, whether it’s commute wear, dresses or different occasions that they service, we think that assortment mix is an advantage. Over the long term, we think Athleta has a tremendous opportunity to capitalize on that multi-year tailwind that we spoke about, and they’re a market leader, and we expect them to maintain the market share growth that they’ve seen.”