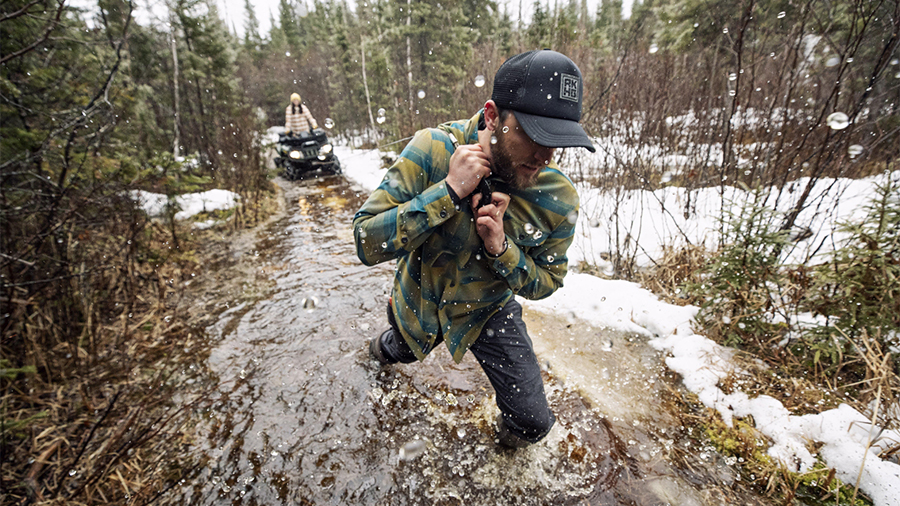 Duluth Holdings, Inc., the parent of Duluth Trading, returned to growth in the third quarter on an encouraging response to its updated brand positioning. However, more value-conscious customers have led to a recent deceleration in sales, prompting the company to reduce its outlook for the year.

“We’re seeing the impacts of the inflationary environment on our core consumer with a higher level of price sensitivity, resulting in a reduction in the overall basket size and lower levels of full-price selling in both our direct and retail channels.,” said Sam Sato, president and CEO, on a call with analysts. “The good news is we saw consistent and strong shopper conversion, a clear indication our brand, sub-brands and products are resonating.”

Capital expenditures are now expected to reach approximately $35 million, down from $40 million previously

In response to the inflationary environment, Duluth has strategically and selectively increased its mix of discounted offers and extended some sale event periods, resulting in gross margin pressures in the third quarter.

In the third quarter ended October 30, sales increased 1.3 percent to $147.1 million, representing a sequential improvement of 770 basis points when compared to the first half of the year.  Wall Street’s consensus estimate had been $144.3 million.

DTC sales climbed 6.8 percent to $91.0 million due to growth in website visits, coupled with increased promotional activity during the current quarter. DTC sales were down 6 percent In the first half of the year. Retail store sales decreased 6.6 percent to $56.1 million due to continued slower store traffic, which was partially offset by continued strong conversion rates.

The operating loss was $7.39 million in the quarter against an operating income of $4.9 million a year ago. The net loss came to $6.2 million, or 19 cents a share, against $2.8 million, or 9 cents, a year ago. Wall Street’s consensus estimate had called for a loss of 11 cents.

Sato said demand for the Duluth Trading product “has remained strong” as evidenced by the 9 percent increase in units sold in the third quarter.

Inventories were up 24.0 percent year over year. Inventories in core year-round goods were down 4 percent compared to the Q3 of fiscal 2020. Sato said, “We front-loaded inventory receipts to de-risk supply chain challenges by taking early delivery of Q4 goods in Q3. Our strategic actions to be in stock at all times in our core year-round items is paying off. We can flex our position in these categories in shorter time frames and make adjustments relative to quarterly demand trends.”

He added, “Importantly, our current overall inventory is in a healthy position to support peak holiday shopping. From a seasonal merchandise standpoint, our fall winter offering is off to a great start.”

Sales of seasonal styles were up 8 percent in the third quarter, driven by flannels, fleece, shirt jacs, and light pants. Said Sato, “It took a little longer for the weather to turn colder this year. But when it did, our mix of transition and cold weather items took off.”

In Duluth women’s, The Folklore Flannel collection, featuring several styles and patterns, has seen a standout performance. Overall, the women’s business increased 10 percent in the third quarter with positive gains in the Duluth branded collections, while strong momentum also continued within the AKHG sub-brand. After a successful introduction of AKHG women’s in the spring, our fall/winter assortment is being led by the Meltwater first layer program and the Midnight Sun flannel program.

Combined, Duluth’s women’s business increased to 31 percent of total sales in Q3, compared to 28 percent last year and has expanded 35 percent since 2019. Said Sato, “The investments we’ve made in product innovation and great brand marketing to build out our women’s assortment is paying off by cementing Duluth Trading company as truly a co-gender lifestyle brand. Importantly, the proportion of new buyers is closely approaching a 50-50 split between men and women, with the number of female shoppers at the highest peak in the past three years.”

Given the success, Duluth has reconfigured 20 stores with an expansion of its women’s footprint. Said Sato, “These stores have already produced better-than-average results so far this holiday season. We see great opportunities in women’s, and we’ll continue to focus on this segment of our business as a strategic pillar.”

Within the men’s business, growth was seen in apparel across the three sub-brands of Duluth, AKHG, and Best Made.

“Our men’s pants program continues to be a dominant category for our company, where many of our top volume items live and where workwear innovation is integral to our success,” said Sato. “A good example is the men’s Ballroom Double-Flex Relaxed Fit Carpenter Jean, a top new product performing this quarter by a wide margin.”

The men’s Longtail T collection saw an overall mid-single digit increase during Q3, boosted by an an additional style called the Un-Longtail T that shortens the length, adjust the fit, and provides more color choices.

The Unders, or underwear, business saw some softness. While unit sales and the overall Unders business was up high single digits, average unit prices were down due to the higher promotional actions, leading to a low single-digit decline in net sales. Said Sato, “We’re seeing the men’s underwear customer become increasingly more price sensitive and value-driven. This trend has been the opposite in women’s, however, with net sales in the category up high single digits, driven by high growth in underwear, bras, and our famous no-yank tanks. We also introduced our new line tamer collection in Q3, offering an innovative, seamless solution for women’s bras and underwear.”

Among new items in the Unders range, the men’s functional Bullpen boxer brief was among the top new items this period.

Men’s AKHG also saw healthy growth of mid-single digits in the quarter, driven by new programs such as Blackburn and crosslayer, which features pullovers, hoodies, and vests, and in meltwater base layers, dramatically improved in-stock positions compared to last year, helped drive increases in our boar’s nest and cross-style collections, which feature sweatpants, sweatshirts, and flannels.

AKHG overall increased nearly 45 percent in the quarter, due in large part to the introduction of women’s. Said Sato, “Overall, we see AKHG having outsized growth potential and can aggressively compete in the sizable outdoor recreation apparel space. And to support this growth opportunity, we plan to increase our brand-building investments in AKHG in future seasons.”

Sato further said Duluth remains committed to its Big Dam Blueprint which includes a focus on leading with a digital-first mindset.

In the near term, Duluth’s marketing focus has prioritized digital channels with paid advertising and personalized communication across its own channels, email, and brand followers and influencers. During the third quarter, we realized a mid single-digit increase in total customer counts and repeat buyers, with success in reactivating customers having purchased in more than a year.

Not coincidentally, outsized customer growth was seen coming from the younger age cohorts, who are more apt to transact on their mobile device.  As part of the Big Dam Blueprint program, targeting a younger customer in the age range of 40- to 50-year-old with its product offering and marketing mix is gaining traction. Said Sato, “With our average customer age today in the mid-50s, we are actively balancing our mix of advertising to both target and build visibility with our 40- to 50-year-old target customer, while maintaining visibility within media channels that index well with the older demographic.”