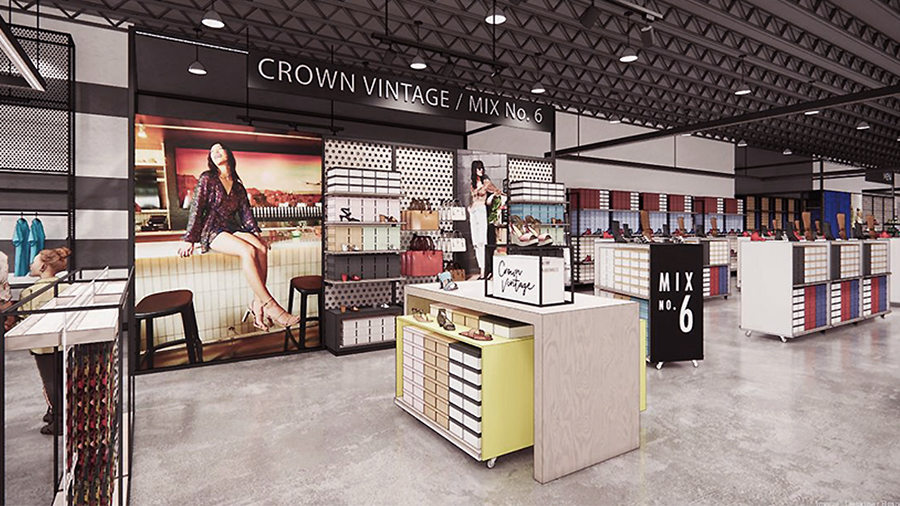 Designer Brands, Inc. delivered a solid third quarter against challenging year-ago comparisons. However, the parent of DSW lowered its EPS outlook for the year in part due to a significant uptick in promotional activity by athletic brands.

“Many of the largest footwear industry players, especially athletic brands, are massively over-inventoried and become very aggressive in their own DTC businesses, including exact styles we carry in our retail assortments,” said Roger Rawlins, CEO, on a call with analyst. “We noted last quarter that this was an area of potential risk as the effects of competitors lowering price impacts the entire industry.”

Rawlins added that similar to many other brands and big box retailers, DSW and Designer Brands saw a drop in discretionary demand starting in the last two weeks of October.  He said, “This drop came on very suddenly and appears to be widespread and continuing across much of the consumer market.”

As a result, he said Designer Brands is returning back to a range within its original 2022 EPS guidance after having raised targets earlier in the year due to outperformance. The revised guidance still calls for mid-single-digit retail comp sales growth in the full year. EPS is now expected in the range of $1.75 to $1.80, down from $2.05 to $2.15 previously.

Rawlins noted that the updated EPS target range remains above its pre-pandemic EPS of $1.53 for the year ended  January 30, 2022

Asked to further elaborate on the sales pressures in the Q&A section, Rawlins attributed the sales slowdown to inflationary pressures and noted that DSW’s own clearance is up 28 percent on a same-store basis. He said, “The customer is voting that they want value”

However, he also noted that quality excess inventory is finding its way to the secondary goods market that DSW competes with. He inferred the markdowns aren’t unexpected given the inventory levels many of the major athletic vendors provided on recent quarterly calls. Rawlins said, “When you look at the three big athletic players, the Swoosh folks up over 60 percent, Skechers up over 40 percent, Adidas up over 50 percent in inventory – those goods are being pumped into the market and with their direct-to-consumer plays. That puts pressure on that athletic category in particular.”

Gross margins declined to 33.0 percent from 36.7 percent last year. The decline reflects DSW’s strategic move to reestablish its clearance business after losing the clearance shopper during the pandemic. The gross margin rate is still 370 basis points above 2019’s rate of 29.3 percent due to other structural changes Designer Brands has made in the business.

The adjusted SG&A ratio of 25.5 percent in the third quarter was about flat with 25.1 percent last year, helped by the sales increase and expense mitigation tactics implemented as sales recently slowed.

Canada Retail sales were up 10.0 percent to $82.3 million. Same-store sales grew 18.8 percent on top of a 15.2 percent gain a year ago. Gross margins were about flat at 38.0 percent against 38.2 percent a year earlier. The segment includes 113 The Shoe Company stores and 25 DSW stores.

Rawlins said he was “incredibly proud” of the third-quarter performance as growth came in the face of 41 percent same-store growth in the year-ago period.

However, Rawlins noted that Designer Brands made “material progress” in its goal of doubling sales of its own brands by 2026, while also maintaining its sales levels of national brands through strengthened strengthen relationships with top vendor partners.

Owned brand sales grew 25 percent compared to the same period last year with sales expanding 33 percent at direct-to-consumer channels and 8 percent through wholesale. Said Rawlins, “What makes this even more impressive, this growth is coming at a time when the industry is flooded with inventory.”

Doug Howe, who became president, DSW, in May, said on the call that over the key September and October period, five of the top 10 brands sold at DSW in the women’s boot category were owned brands. Additionally, those five women’s boots brands posted 28 percent growth compared to the same period last year

Howe shared, “Crown Vintage searches on Google have been up significantly with index scores trending up over last year in the same period by 43 percent, indicating the consumer interest we’re generating beyond DSW channels. Additionally, as we move through the fall and winter, we are proud that Crown Vintage was the number one demanded brand in women’s boots at DSW during Sept-ober and can sit comfortably in the neighborhood with other brand partners such as Ugg, Lucky Brand, and Vince Camuto.”

Another owned-brand standout was Kelly & Katie, which grew in the triple digits in the quarter and ranked as one of DSW’s top three brands with two styles in the top 10 styles at DSW for the quarter

DSW also found success in re-establishing the clearance business with the reactivation of 2 million shoppers who had not shopped with DSW since the pandemic due to the lack of clearance product, according to Howe.

Another highlight of the quarter was DSW’s Warehouse Reimagined store in Houston, where expanded capacity has resulted in a double-digit sales productivity increase. Customer feedback has been “overwhelmingly positive” with many remarking “how light and bright the store feels,” said Howe.

Howe noted that DSW “did see some unplanned softness” outside many of its owned brands’ success as temperatures were much warmer than normal across most of the September and October period. Howe also cited the inflation-driven overall sales slowdown and athletic footwear promotions.

Howe said, “If we look to historical builds for the balance of the year and apply that trend to where we ended October, we feel there is pressure to the original plan for Q4. This coupled with the continued massively competitive promotional posture of the branded athletic business right now is what is giving us reason to be cautious and bring down the balance of year expectations.”