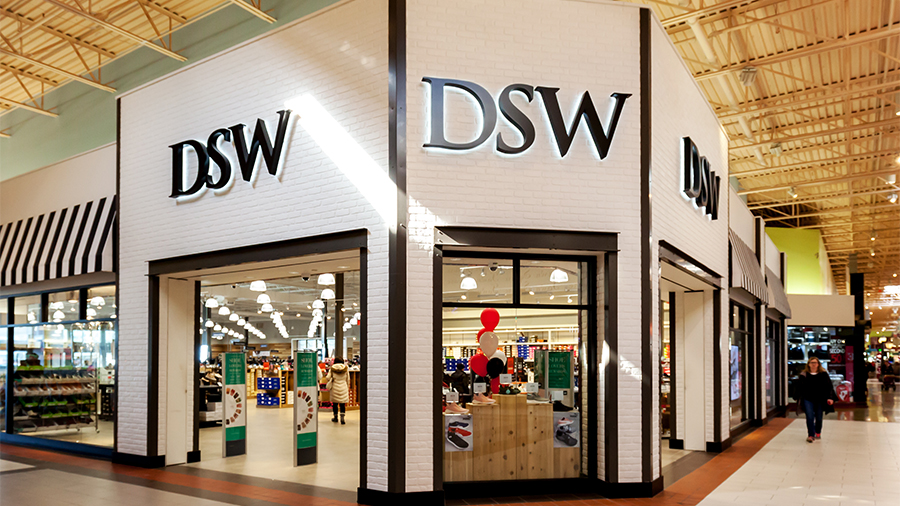 Designer Brands, Inc. said sales at its flagship DSW chain continue to benefit from a “narrower and deeper” buying approach that focuses on the chain’s top 50 brands. Roger Rawlins, CEO, also told analysts that other brands are stepping up to make up for the loss of Nike in athletic categories.

As reported, Nike stopped selling to DSW last fall as part of its push to consolidate wholesale accounts to emphasize direct-to-consumer (DTC) sales.

“Despite the largest national brand eliminating us from their distribution, we grew our athletic business by 26 percent to 2019 in Q1, and grew our market share in the space, supporting our belief that we are a top point of distribution for the consumer, reinforcing our ability to protect our market share when a brand opts to compete rather than partnering with us,” said Rawlins on a call with analysts. “We want to thank the leaders of our athletic brand partners and believe our success with them will allow us to continue growing share in this space.”

Overall athletic penetration had grown from 18 percent in the first quarter of 2019 to 27 percent during 2021 as DSW had invested in athletic styles to address the broader push toward casualized dressing. Rawlins said that as expected, growth in athletic categories has moderated as consumers have returned to purchasing DSW’s core fashion footwear categories with social restrictions from the pandemic easing.

He said athletic levels in the first quarter nonetheless “continue to remain healthy at 21 percent in 2022,” and remain above 2019 levels. Investments have been made in other athletic brands to offset the loss of Nike product.

Rawlins said, “Our team has done a remarkable job, leveraging Adidas, Brooks, New Balance, Reebok, Asics, Skechers, and other national brands to fill in the void these exits created in our assortment. In fact, compared to 2019, DSW grew athletic and sport-lifestyle footwear dollar sales three times faster than the remaining market for the first quarter.”

Net sales of its owned brands, which also include Jessica Simpson footwear, the footwear and handbag licenses for Lucky Brand and Max Studio, jumped 68 percent in the quarter, with growth in both DTC, which includes DSW and vincecamuto.com and revenue from wholesale. Owned brands represented 25 percent of revenue for the quarter against last year’s level of 18 percent.

For U.S. retail which primarily consists of the DSW chain, comps were up 13.6 percent during the quarter on top of 56.3 percent last year. Store traffic was up 22 percent, continuing a resurgence seen in recent quarters. DSW.com’s comps were up 19.7 percent, well above the 6.8 percent growth in the prior year.

Comps in Canada, which includes DSW, Shoe Company and Shoe Warehouse locations in Canada, climbed 41.4 percent compared to 10 percent in the prior year. Designer Brand officials noted that Canada had a later start to the pandemic recovery in 2021 compared to the U.S.

Among categories outside athletic, the gains across the company were led by women’s and men’s dress sales, up 102 percent and 97 percent respectively. In the seasonal category, women’s sandals were up 21 percent.

“After almost two years of consumer focus on athletic and comfy, cozy product, we are seeing our customers come back to fashion, especially with all the events like weddings that were postponed until this year,” said Rawlins.

He noted that studies show that one in three Americans are expected to make a trip to a wedding this year and the shift back to fashion has paid off for DSW. He cited data from the NPD Group that showed DSW grew sales in fashion footwear four times faster than the market, and DSW dollar growth outpaced the total footwear market dollar growth by 15 percentage points for the first quarter.

Said Rawlins, “Our flexible business model continues to allow us to quickly pivot our assortment to match the trends we are seeing, in our historic leadership and fashion makes us a top choice for consumers purchasing fashion footwear. We have gained significant market share in the first quarter.”

Gross Margins Improve 250 Basis Points
Gross profit in the quarter increased 27.6 percent to $275.7 million versus $216.1 million last year. Gross margins improved to 33.2 percent as compared to 30.7 percent last year, driven by strength in full-price selling coupled with a shift in mix toward fashion, which historically has had some of DSW’s highest margin rates. Strong year-over-year margin rate improvement has been seen since the second quarter of 2021.

Reported net income was $26.2 million, or 34 cents a share, including charges of 14 cents per share from adjusted items, primarily related to the loss on extinguishment of debt and write-off of debt issuance costs. In the year-ago period, earnings were $17 million, or 22 cents.

On an adjusted basis, net income more than tripled to $36.7 million, or 48 cents, from $9.5 million, or 12 cents, a year ago. Results easily topped Wall Street’s consensus estimate of 24 cents.

Total inventory at the end of the quarter was $672.5 million versus $540.1 million in the same period last year.

Narrower And Deeper Focus Paying Off For DSW
Rawlins highlighted the growth benefits DSW is receiving from its “narrower and deeper” approach to brand assortments. Sales of its top 50 brands of footwear within its U.S. retail segment were 77 percent of total sales for the first quarter versus 57 percent in 2019.

“Our assortment strategy of narrower and deeper is continuing to work,” said Rawlins. “In spring, the number of SKUs in all stores is up 16 percent to last year. In addition, the depth of our key items is up 27 percent to last year as well. This is contributing to our sales and margin improvement.”

The closer brand partnerships are supporting the opening of in-store shops within DSW that are seeing a strong response from customers.

A New Balance shop-in-shop that ran from March 6 through April 30 saw a 10 percent lift in demand, both from transactions and average dollar sales, resulting in strong overall performance. Other brand spotlights during the quarter included an Adidas kid’s footwear shop, a Crocs hanging wall, and a Puma shop-in-shop. For the balance of the year, shops are planned for Reebok, Teva, Asics, and Skechers. Designer Brands’ new prototype, Warehouse Reimagined Store, that plays up in-store shops, opened in Houston on May 7 to an encouraging response.

Rawlins also called out the success of innovative partnerships, including one with Wolverine Worldwide to sell Hush Puppies exclusively at DSW. He said, “We’re eliminating friction for Wolverine by accepting Hush Puppies direct to consumer returns at DSW retail locations, while we gain guaranteed and exclusive access in our store inventory. And we’re receiving great feedback from our customers, we are confident there is a bright future ahead for this partnership.”

Another new partnership is with Authentic Brands Group (ABG) to secure guaranteed quantities of Reebok products.

“We have access to significantly more styles and colors of Reebok product than we had previously as well as a new costing structure that provides for favorable margins versus our historic margins where we purchased the product through wholesale,” said Rawlins. “The initial agreement covers five years, and we are very excited to be able to add guaranteed access to such a well-known athletic brand. Our customers are already fans of the brand, with demand for Reebok comping up in the first quarter by 33 percent.”

Rawlins said Designer Brands’ owned brands continue to be seen as a key driver to growth with previously-announced plans to double the sales of these brands by 2026 while maintaining sales of national brands. The Vince Camuto brand was relaunched to a strong response with revenues ahead 80 percent in the quarter versus the prior-year period, driven by substantial growth both in its DTC and wholesale.

Finally, Rawlins noted that Designer Brands has purchased the digital domain name, shoes.com, and its associated intellectual property and sees the website as a way to “reach new customers, partner differently with national brands, and potentially provide new distribution channels for our owned brands.”

Jared Poff, CFO, said the lower sales outlook reflects the moderation in athletic product as well as digital traffic that the company believes the industry is seeing as a whole. The guidance also takes into account broader industry headwinds, including freight, labor, and supply chain cost pressures. Said Poff. “Should we see some of these industry headwinds begin to subside, such as freight begins to normalize, athletic return to a healthy growth, or digital traffic return to positive comps, there could be upside to this increased guidance.”