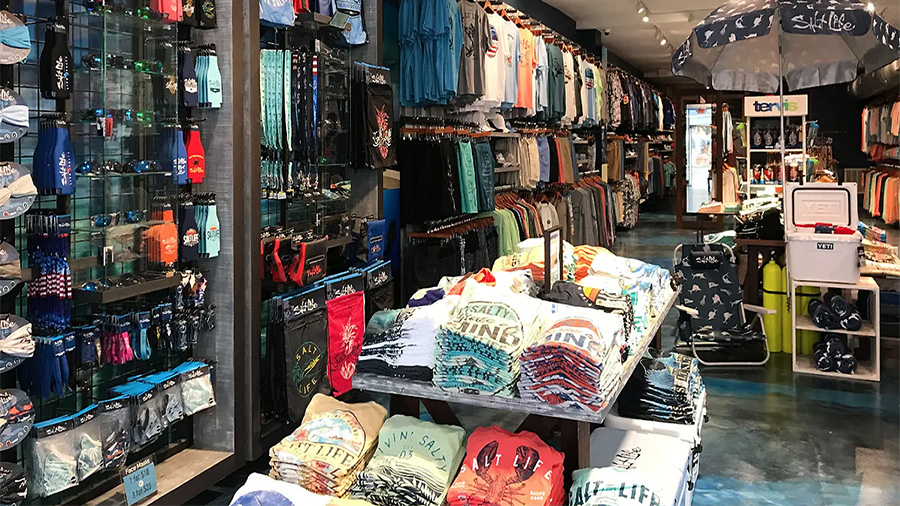 Delta Apparel had another year of double-digit top-line growth, although earnings were slightly down due largely to higher cotton prices. Production curtailments are also expected to continue through the next two quarters to realign inventories due to a pullback in activewear orders in the mass channel.

On a conference call with analysts, Bob Humphreys, chairman and CEO, said Delta Apparel achieved 11 percent growth for the year and “solid bottom line results” given the inflationary pressures and supply chain disruptions.

All five of the company’s primary market channels—Delta Direct, Global Brands, Retail Direct, DTG2Go, and Salt Life—delivered year-over-year sales growth in FY22.  The growth was driven by higher units sold in most product categories, as well as price increases across product lines. He said, “I’m incredibly proud of our entire organization’s ability to quickly adapt to change throughout the year, yet remain focused on the execution of our business goals and strategic initiatives.”

Fourth-Quarter Sales Inch Up
In the fourth quarter, sales nudged up 0.7 percent to $115.5 million. Sales at Delta Group were down 1.1 percent to $101.5 million as weakness in the Retail Direct channel offset Global Brands’ growth. Salt Life grew 15.7 percent to $14 million, driven by organic growth across all three channels: wholesale, retail and e-commerce.

Gross margins declined 440 basis points to 18.7 percent, driven by higher input costs in both its activewear and DTG2Go businesses, as well as unbudgeted production curtailments, offset by an improvement in the Salt Life Group segment.

“The overall economic uncertainty going into the holiday season caused by the inflationary environment has hampered replenishment orders for activewear from our mass retail partners,” said Humphreys.

As declines in overall demand for basic T’s were seen in the fourth quarter, Delta began reducing manufacturing output to level off its finished goods inventory. Said Humphreys, “We continue to stay close to our partners and we’ll be prepared to support demand as we progress through the first half of fiscal 2023.”

Humphreys also noted that with the price of cotton increasing almost 50 percent in a five-month period and reaching a high of over $1.50 per pound in the third quarter, Delta started reducing its forward cotton purchase commitments as futures prices escalated beyond a level that the company believed would be accepted at retail. Said Humphreys, “These inflationary input costs of course increase the value of our inventory and put pressure on our gross margins as inventory is sold. We saw this margin impact in the second half of fiscal 2022 and expect it to continue in the first half of fiscal 2023.

Simone Walsh, CFO, said Delta expects margins to continue to be depressed in the first half of fiscal 2023 as inventory produced at higher-priced cotton and other elevated input costs in the latter half of fiscal 2022 are sold through.

Currently, with the price of cotton declining and stabilizing recently from the volatility and peak price in last year’s third quarter, a return to margin expansion is projected by the fourth quarter of fiscal 2023. Added Walsh, “We are closely monitoring inventory levels and will continue to monitor our manufacturing output and make adjustments as necessary to align with market conditions. The vast majority of our inventory consists of basic Delta blank garments that we fully expect to sell through our various channels as demand arises.”

On the positive side, Humphreys said Delta Group’s vertical manufacturing platform supported by markets adjacent to the U.S. continues to generate increased demand in its Global Brands and Retail Direct channels.

“Brand and retailer interest in the near shore and domestic sourcing and fulfillment strategies our platform offers is accelerating due not only to U.S. market proximity and speed, but also to better risk management associated with evolving U.S. trade relations, social, environmental and sustainability priorities, inflationary pressures and supply chain disruptions,” said Humphreys. “These favorable dynamics, coupled with new investment in screen print production and other value-adding ancillary services, as well as higher selling prices from our pass-through of rising input costs manifested itself in solid sales growth in our Delta Group segment.”

DTG2Go’s digital print technology had been installed in four of DTG2Go’s facilities to support Fanatics’ licensed sports merchandise delivery. Custom orders can be produced, packaged and shipped to the consumer within 24 hours of order placement.

Humphreys said of the Fanatics partnership, “I think we’ve made good sequential progress each quarter in producing more product and getting it out the door. We have more equipment running on that now than we ever have in our history and our output as we speak is the best that it’s been in our history and we see that continuing to grow. And then you know Black Friday will come in about a week and by then we will have additional shifts running to maximize what we can do in that business. But I think our fourth quarter output was up over 30 percent from the prior year, and you know we expect strong unit and selling price growth in that business this quarter.”

Humphreys noted that DTG2Go experienced additional cost and some production delays in FY22 due to the installation of new equipment and labor shortages, but he said DTG2Go’s sales and margin are expected to expand going forward as selling prices continue to increase. He added, “We also expect to see increased output through productivity gains, additional staffing and extending operating schedules to meet demand in this high-growth channel for our company.”

Humphreys said Salt Life’s retail locations “continue to serve as a valuable brand awareness tool and drivers of accretive revenue.” Eight new doors were added in the fiscal year to close with 21. A new location in Rehoboth Beach, Delaware is exceeding expectations and another six to eight are set to open in fiscal 2023, including an additional store in Long Branch, NJ.

Salt Life’s e-commerce business was challenged by supply chain shortages in the first half of FY22, but was able to work through the issues to drive organic growth in the fourth quarter. Wholesale customers continue to support Salt Life with more floor space and shop-in-shops to drive incremental sales and increase brand awareness.

Fiscal 2023 Outlook
Looking ahead, continued growth is expected in Delta Group’s Retail Direct and Global Brand channels in FY23, offsetting slower sales in its Delta Direct channel in the first half, due primarily to the rebalancing of replenishment orders for activewear from large mass retailers. Activewear is expected to see flat sales in the first half, but return to growth in the second half as inventories rebalance and mass market demand strengthens. Another strong holiday season is expected for DTG2Go while Salt Life is expected to again see double-digit sales growth in FY23 on strong DTC growth.

“We are moving into fiscal year 2023 with positive momentum across many aspects of our business, but also with uncertainty across the apparel industry and the economy at large,” concluded Humphreys. “We will continue to leverage the flexibility our vertical manufacturing platform gives us to adjust production levels to meet demand and expect to manage our working capital and capital expenditures similarly as the year progresses. We have successfully operated through periods of economic ambiguity in the past, and believe that our diversified distribution channels and wide range of customer touchpoints should position us well to take advantage of market opportunities as they may arise.”