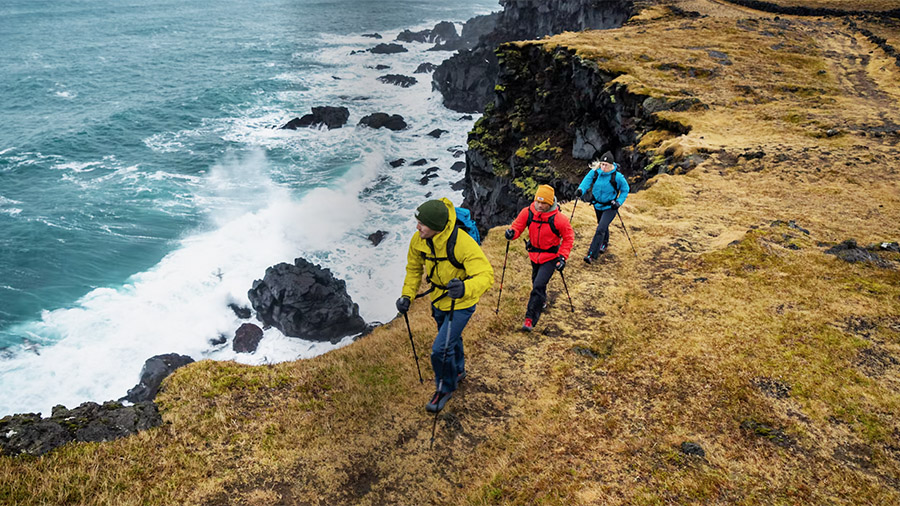 Speaking at the Raymond James Consumer Conference, John Walbrecht, president at Clarus Corp., said he doesn’t expect the company’s portfolio of premium brands, such as Black Diamond Equipment and Sierra Bullets, to be significantly impacted by inflationary pressures because of “super-fan” enthusiasts’ affinity to their sport and their favorite brands.

Walbrecht spent much of the presentation discussing Clarus’ “super-fan” brand strategy. Clarus’ portfolio includes Black Diamond and Pieps in the Outdoor segment, Sierra and Barnes in the Precision Sport segment, and Maxtrax and Rhino-Rack in the recently-established Adventure segment.

“The great thing about “super fan” brands, in all these cases, whether you’re an overlander, target shooter or hunter, a climber, backcountry skier, trail runner or mountain biker—these are your ethos,” said Walbrecht. “You do these every week. You may do them every day, if given the opportunity. And they define who you are, the community you’re in, and the products you buy and use.”

Walbrecht added that the “super-fan” may trade down in other areas due to macroeconomic pressures but not the activity that defines their lives. He adds, “They may not take that trip to Paris. They may not go out and eat very often. But they’re not going to change doing that sport. In fact, if they lose their job, they’re going to go every day.”

Walbrecht said Clarus sees “super fan” brands having three sets of criteria. The first is having a leading market share in at least one product, citing as an example Lululemon’s success with its Align tights. Second, the brand has to have a history of innovation. Said Walbrecht, “If you do not innovate, you die, right? If you think about Ocean Pacific, there’s one that went away. Or Schwinn bicycles that owned the market.” And, finally, the “super fan” brand has to have 100-percent brand awareness among the core or “geek” users of the activity.

“No matter what city you live in, if you go out and ask about ‘super fan’ brands, you will get two opposite answers,” said Walbrecht. “If you ask people in your hometown if they’ve heard of Black Diamond, some say “no” and others will say, “BD, oh my gosh I love BD. My garage is full of BD. Do you know somebody at BD?’ And it’s that extreme. If you ask somebody, ‘Have you heard of Sierra?,’ they may have never heard of it or the individual will say, ‘All I shoot is MatchKing. They’re the best bullets in the world.’”

Clarus’ brands typically focus on the Top 10 percent of biggest spenders in their respective activities. Said Walbrecht, “These consumers are users and they consume these products on a regular basis. And they don’t get off the sport in good times or bad times. And often the case is they’re the drivers that keep the sports growing long term.”

Beyond further reaching the core users, super-fan brands raise awareness by exposure in films, such as Alex Honnold’s exploits seen in the documentary, Free Solo,” as well as other noted achievements by athletes.

In addition to raising brand awareness, super-fan brands grow by expanding distribution. Walbrecht said brands under Clarus’ portfolio basically operate on a stand-alone basis, but extending distribution is a primary area where Clarus can provide some acquisition synergies.

“Many of the retailers today have learned to see that super-fan brands are the pullers,” said Walbrecht. “They’re the ones that move the needle, bring in the customers, outsell, out-turn, out-retail, out-margin the competition.”

Growth also comes from innovation, including extending into adjacent categories. Said Walbrecht, “How do I get a product right next to the product I already have that will create a secondary purchase.”

Discussing brand initiatives, Walbrecht noted that Black Diamond posted 17 percent growth in the second quarter, to $52.6 million. Growth would have been over 30 percent if not for supply chain hurdles that impacted the brand’s ability to fulfill orders.

“We continue to see great gains of market share,” said Walbrecht about Black Diamond. “And as we look to the future of BD. that’s a brand that’s on track to become $400 million and north of 15 percent EBITDA.”

Precision Sport sales in the second quarter increased 24 percent to $35.2 million, reflecting continued strong demand and outperformance navigating the supply chain environment.  Walbrecht described Sierra as the “Porsche of the industry – it’s all about long distance and accuracy” while describing Barnes as “the Ferrari of the industry. It’s all about terminal impact.” He adds, “These are the coveted two brands of this space.”

The CEO also noted that the segment’s growth is partly due to increased demands for personal protection following the civil protests and unrest in 2020.  He said, “The whole rise and fall of bullets and ammo is a hot topic.”

Given its outperformance, Clarus recently raised its full-year expectations for the Precision Sport business to grow 16 percent to approximately $127.5 million, up from a previous guide of $112.5 million.

Sales in the Adventure segment were $27.1 million in the second quarter and reflected strong demand in North America, somewhat offset by lower-than-expected new vehicle availability, which constrained new product sales, especially in the home market of Australia. The Adventure segment has also been challenged by extensive lockdowns in Australia that lasted throughout 2021 and floods in eastern Australia at the start of this year.

In releasing second-quarter results, Clarus reduced its sales expectations for the Adventure segment to $105 million, down from $120 million previously.

Clarus still sees significant growth potential for the Adventure segment. Mike Yates, Clarus’ CFO, pointed out that most Americans are purchasing jeeps, SUVs and pickup trucks that support a kayak or bike rack and the growing interest in outdoor activities. The popularity of tailgating in the U.S. was also seen as a sign that Americans would follow Australians in seeking to retrofit their vehicles for other outdoor adventures. The current hurdle is long waits on new vehicles, Yates said, “Clearly, if you can’t get the vehicle, you don’t need the rack.”

Companywide, Clarus didn’t change its guidance. Companywide 2022 sales are projected to grow approximately 25 percent to $470.0 million compared to 2021, despite the worsening effect of the strong U.S. dollar, which the company estimates will be a $7 million sales headwind in the second half. Adjusted EBITDA in 2022 is projected to be approximately $78.0 million, or a margin of 16.5 percent. In 2021, adjusted EBITDA reached $61.5 million with a margin of 16.4 percent.

Asked about the supply chain, Walbrecht said there’s been some improvement, but he doesn’t expect it to normalize until fall 2023. He said, “I think we have for the first time started to see sea freight go down in price through airfreight hasn’t really reacted that much as of yet. I think supply chains went from 45 days to 120 and are now back to 85 days to 90 days. In the next 6-to-12 months, we’ll see that normalize.”

He estimated that shortages from supply chain issues reduced sales by 10 percent to 15 percent for Clarus in recent quarters. The need to use air freight to offset delays impacted margins.

Walbrecht also said retailers aren’t canceling orders due to delays because the product still sells when it arrives. He said, “Retailers have gotten very wise to say ‘Keep it open. And when it comes, ship it to me,’ because this isn’t going to improve overnight.”