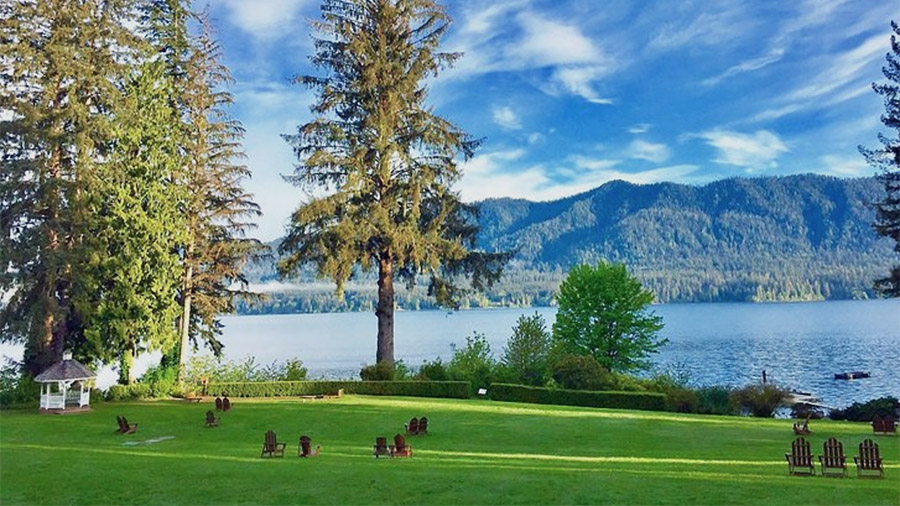 A combination of strong rates and an increase in bookings bolstered Western mountain destinations to a strong end-of-summer finish and laid the foundation for the upcoming winter ski season, according to DestiMetrics.

Ongoing growth and strength in daily room rates continue to defy expectations as the booking pace in August reversed eight consecutive months of booking declines and exceeded the speed set in both August 2019 and 2021.

In a single year-over-year comparison, August occupancy was down five percent this summer compared to last August, but since the Average Daily Rate (ADR) was up five percent, revenues were essentially flat, down 0.2 percent compared to last year. The comparison is starkly different when comparing August 2022 to the same month two years ago in 2020, when caution and uncertainty about travel during the pandemic dramatically impacted destination mountain travel.

Occupancy is up 17.3 percent this August, and ADR is up 28.5 percent to deliver aggregated revenues that are 50.6 percent higher than August 2020. But when compared to three summers ago, and a more typical booking summer pattern, occupancy was down 9.7 percent in 2022, but the financial impact was offset by daily rates that were 36.6 percent higher than three years ago to deliver aggregated revenues that were up 23.3 percent.

Summer Record Unlikely
For the full summer from May through October, as of August 31, occupancy was down 5.3 percent compared to Summer 2021, with September as the only month showing an increase. ADR was up 4.6 percent, but there was only a small 0.9 percent decline in year-over-year summer revenues due to lower occupancy.

Less meaningful is the contrast with 2020 when the pandemic had consumers avoiding summer travel. Occupancy was up 57.8 percent, and ADR was up 25.2 percent for a 97.6 percent increase in revenues over the summer of 2020.

“After eight months of consistent declines in booking pace versus last year and the pre-pandemic summer of 2019, the pace moved up in August compared to both years,” explained Tom Foley, senior vice president of Business Intelligence for Inntopia. “And, although the booking pace gains versus 2019 are modest at just 4.9 percent, finally seeing a reversal of the negative trend that we’ve been tracking since January is considered a big positive change. However, the strong gains compared to 2021 need to be taken with a grain of salt since they have more to do with the retreat of prospective visitors when the Omicron variant began to surge, which, in turn, suppressed bookings for several months,” he continued. “But perhaps the most encouraging indicator is that occupancy is looking relatively flat for the coming winter, even as room rates continue to climb, and at this early stage, the current revenue numbers look impressive for lodging properties.”

Winter Trends Emerging
On-the-books occupancy as of August 31 for November through February is down a 0.8 percent compared to this time last year and has improved from last month when it was down 4.9 percent at the end of July, illustrating the impact of the increase in August bookings.

Economic Indicators
Although inflation declined from 8.5 percent in July to 8.3 percent in August, the price of goods rose during August, up by 0.1 percent. The report had an immediate impact on financial markets, which may impact how consumers feel about inflation, which has improved slightly in the last 30 days but remains tenuous.

In another monthly reversal, the Dow Jones Industrial Average changed course in August, declining by more than 1,054 points for a 3.2 percent loss; this follows the 6.7 percent increase posted in July but marks the fifth monthly decline in 2022 as markets remain focused on the global slowdown driven by high inflation and ongoing hikes in interest rates.

“Inflation, and controlling inflation, are the single biggest threats to all aspects of the consumer economy right now, and while concerns about inflation declined from recent reports, that data was reported prior to the most recent pricing statistics that were released on September 13,” cautioned Foley. “We’ll have to watch the next few weeks to see how higher prices impact consumer decisions. Meanwhile, we can expect interest rates to go up another 0.75 percent as the struggle to control prices continues.”

Foley highlighted another point in the data released before the most recent inflation report. “While concerns about a possible recession remain front-and-center for consumers, the data also revealed that purchasing plans are up and vacation intentions have reached an eight-month high that will likely support the ongoing record-high room rates.”

The national Unemployment Rate rose from 3.5 to 3.7 percent even as employers added another 315,000 new jobs, suggesting a relatively strong job market even though other economic indicators remain soft. The modest uptick in the unemployment rate is primarily due to new job seekers beginning their job search, although modest layoffs had some impact. Wages are up 5.2 percent compared to last year at this time, helping to offset some of the impacts of high inflation.

“As summer begins winding down, a positive shift in the booking pace is welcome news after eight months of consistently being lower, and that is helping bolster end-of-summer visits and strengthen the foundation for the upcoming winter,” remarked Foley. “Coupled with high daily rates that are showing no signs of abating, aggregated revenues for Summer 2022 will completely dwarf the pre-pandemic summer record of 2019, although they will be understandably lower than the dramatic reopening surge in 2021,” he concluded.