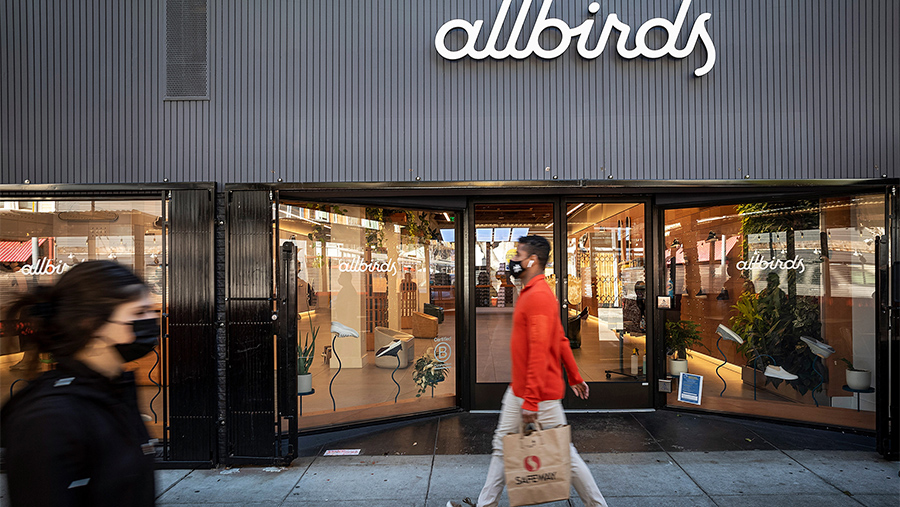 Allbirds, Inc. reported sales grew 26 percent in the first quarter year-over-year and increased 49 percent compared to the first quarter of 2020 due to strong momentum in its U.S. business. However, the eco-friendly footwear company reduced its guidance for the year due to increasing international headwinds.

Net revenue reached $62.8 million in the period, topping company guidance and calling for sales in the range of $60 million to $62 million.

The first-quarter 2022 adjusted EBITDA loss of $12.2 million. Results were in line with Allbirds’ forecast calling for adjusted EBITDA ranging from negative $13 million to negative $11 million, including an estimated $2 million of costs related to its initial public offering in November 2021.

“Macro trends are creating both headwinds and tailwinds right now,” said Joey Zwillinger, co-founder and co-CEO, on a call with analysts. “Our U.S. business continues to show strength in both digital and physical retail. And as people go back to work, demand for our core lifestyle offering is increasing. As we have mentioned previously, we believe our brand is more resonant the further COVID recedes in the rearview mirror. At the same time, certain international regions have run into demand headwinds toward the end of the first quarter and have extended into Q2, particularly in China and the EU.”

The increase in sales is primarily attributable to consumer demand in the U.S. where net revenue increased 35 percent to $48.9 million. Zwillinger said its strong U.S. performance demonstrated “the power of our digital-savvy omnichannel model, which is further buoyed by a post-pandemic retail recovery, improved pricing, and resonant new product.”

International net revenue increased 3 percent to $13.8 million compared to the first quarter of 2021, reflecting headwinds in consumer spending in the EU due to Russia’s invasion of Ukraine and in China due to COVID restrictions. The strength in the dollar also impacted sales in some international markets, most notably in Europe and Japan.

Zwillinger said these headwinds created a drag on revenue estimated to be approximately $2 million in the quarter, which would have represented an additional 15 percent year-over-year growth in its international business.

He added, “As we look at the balance of 2022, we are managing to a more conservative outlook to reflect what we believe are transitory factors affecting our international business. We believe that the impact of full-year revenue will be approximately $15 million to $20 million, which is reflected in the guidance we’re providing today.”

Physical retail channel sales grew 129 percent year over year. The company opened four stores during the quarter and 17 since the first quarter of 2021, ending the period with 39 locations worldwide.

Gross profit totaled $32.6 million compared to $25.8 million in the first quarter of 2021, and gross margin declined 10 basis points to 51.9 percent compared to 52.0 percent in the first quarter of 2021. The decrease in gross margin primarily reflects higher distribution center and logistics costs, a lower mix of international sales and unfavorable foreign exchange rates partially offset by a favorable mix shift to physical retail and higher-margin products, as well as improved pricing.

SG&A expense was $38.8 million, or 61.7 percent of revenue, compared to $23.5 million, or 47.4 percent of revenue, in the first quarter of 2021. The year-over-year increase is primarily attributable to expenses for the opening of four new stores during the period and operational expenses for 17 additional stores opened since the first quarter of 2021, as well as public company operating costs.

Marketing expenses totaled $13.8 million compared to $12.7 million in the first quarter of 2021 and were reduced as a percent of revenue to 22.0 percent from 25.6 percent a year ago primarily due to increased marketing efficiency in its digital channels.

Inventories totaled $118 million, an increase of 11 percent compared to $107 million at the end of 2021. The year-over-year increase is attributable to a combination of higher in-transit inventory as a result of extended lead times from ongoing supply chain disruptions, as well as the impact of higher inbound freight costs.