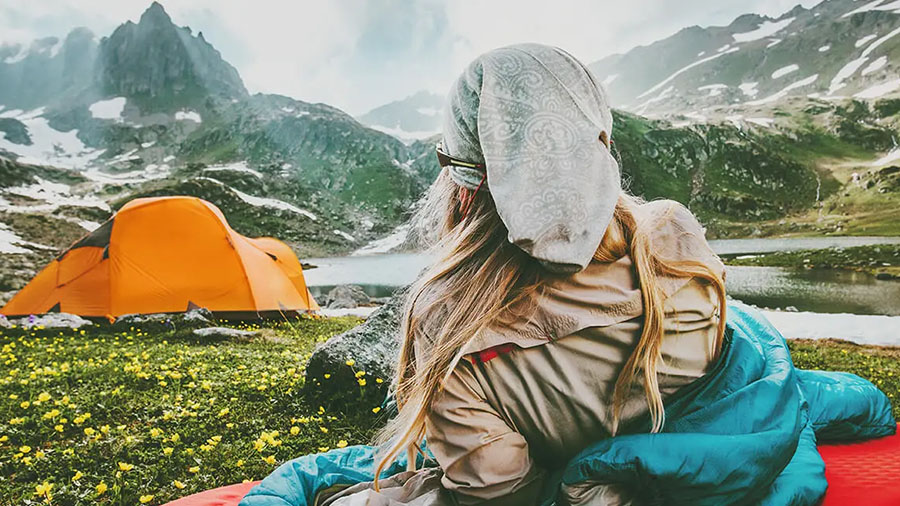 Academy Sports and Outdoors, Inc.’s shares jumped 15 percent on Wednesday after the retailer raised its EPS guidance as healthy merchandise margins elevated Q3 profits ahead of analyst targets. Sales missed plan due to weakness in the hunt category.

Overall sales and earnings in the quarter were below year-ago levels due to challenging comparisons that included the benefit of stimulus payments but remained well ahead of pre-pandemic levels.

The sales decline was a result of lighter traffic and fewer transactions compared to last year, although Academy officials believe the retailer has maintained the market share gained over the last two years in each of its four merchandise divisions. Share gains were seen in the quarter in apparel and footwear, resulting in its sales mix being more balanced between hard and soft goods compared to recent quarters.

On an analyst call, Ken Hicks, chairman, president and CEO, described the third quarter as “challenging.” Sales came in below expectations as increases in its footwear and apparel divisions were offset by sales declines in outdoors and sports and rec.

When comparing third-quarter sales to 2019, however, Academy maintained a 30 percent growth trend, which is in line with year-to-date trends. Hicks said, “We believe this is a strong indicator that our business is re-baselined at a much higher level post-pandemic, and there is ongoing durable consumer demand for the sports and outdoors category.”

The changes include improving its merchandise planning and allocation processes; building a more balanced assortment of good, better, best products while maintaining its traditional value-focus; enhancing its e-commerce capabilities; increasing customer loyalty through its Academy credit card; modernizing its marketing approach; and upgrading the store experience. Hicks added, “We are in excellent financial health capable of self-funding all of our capital priorities, which include new store expansion, omnichannel growth, technology enhancements, increasing supply chain capacity, and rewarding shareholders through share repurchase and dividends.”

Gross margins were about flat, at 35.0 percent, compared to 35.2 percent a year ago.

Steven Lawrence, EVP and chief merchandising officer, said Academy’s merchandise margin continues to run well ahead of 2019 levels. He attributed the improvement to improved buying and planning and allocation disciplines, coupled with a favorable mix of sales in the higher-margin categories of apparel and footwear.

Michael Mullican, EVP and CFO, further said margins benefited from the shift in the sales mix towards soft goods. He said, “Since the pandemic, we have over-indexed on the hard goods side of the business. As our mix shifts back to soft goods, our gross margin rate should benefit.”

SG&A expenses were 23.0 percent of sales, a 140 basis point increase, primarily due to fixed cost deleverage from the decline in sales and additional pre-opening expenses driven by the increase in store count.

Divisional Performance
Steven Lawrence, EVP and chief merchandising officer, said the 30 percent growth in the third quarter compared to the 2019 quarter was slightly behind the 36 percent growth rate seen in the first and second quarter. He added, “But we’re pleased that we continue to hold on to the large majority of the gains from the past couple of years despite a more challenging macroeconomic environment. It was also good to see three of our four divisions showing an improvement in the trend versus last year during third quarter.”

Among the divisions, footwear saw the strongest performance, up 5.1 percent versus last year and ahead 32 percent versus the 2019 quarter. Said Lawrence, “We got off to a strong start during back-to-school and footwear and saw the momentum carried throughout the quarter. As you’d expect, a lot of the categories that spike during back-to-school such as kids’ shoes and cleats or some of the leading performers during the quarter. We also continue to see strong sales in key brands such as Brooks, Crocs and Skechers, along with a very successful launch in Hey Dude across all of our stores.”

Apparel sales rebounded in Q3 with an increase of up 0.5 percent versus last year after declining 6 percent in the second quarter and 9 percent in the first quarter. Spring selling had been impacted by shortages of lightweight tops and shorts. Like footwear, apparel continues to be up double-digit versus pre-pandemic levels, up 24 percent in the third quarter on a three-year stack. Lawrence said, “Back-to-school results were also strong in apparel and the momentum that started early on carried forward into the remainder of the quarter. This momentum, coupled with an improved inventory position and top brands such as Nike, Columbia and Carhartt, versus last year, helped spark selling in fall seasonal categories, such as fleece and outerwear.”

Sports & Rec division’s sales in Q3 were down 4 percent to last year, but it marked an improvement versus the spring trend and was up 40 percent versus 2019. Lawrence stated, “We continue to see solid gains in our sporting goods business with the strength across key categories such as football, baseball and golf. The softest category in this area remains the home fitness business, which declined double digits versus last year but has stabilized at up over 25 percent versus our 2019 baseline.”

The biggest challenge during Q3 was the Outdoor business, which posted an 18.3 percent decline and was the only category where Q3 sales softened versus the first-half trend. Lawrence also noted that the Outdoor division continued to hold onto the majority of the gains picked up over the past couple of years with the business up 30 percent versus 2019.

The Outdoor weakness was attributed to hunting, which anniversaried high double-digit comps in ammunition from last year as the category was able to return to in-stock levels in the year-ago period. Lawrence said, “Broadly speaking, the overall inventory level from ammunition have stabilized across the industry over the past year. We started to see a lot of the stock-up surge activity by consumers drop-off, which has resulted in slowing demand. While running negative comps versus last year, the ammunition business continues to run up triple digits year-to-date versus 2019, and we saw the declines versus 2021 start to lessen as we got deeper into the quarter.”

Mullican said, “This demonstrates that we have effectively managed our inventory while experiencing significant sales growth.

Hicks said, “The freshness and in-stock position of our inventory across most of our categories is in very good shape. We believe we have the right amount of product from key partners like Nike, Adidas and Under Armour to offer customers what they are looking for this holiday.”

“Our inventory levels and content are in the best position they’ve been in over the past couple of fourth quarters, putting us in a prime position to take advantage of the holiday traffic surge,” added Lawrence.

Lawrence also said a “couple of fun ideas” and new brands are expected to support holiday selling. This includes launching Christmas-themed Magellan Outdoors apparel, expanding into gas-powered ride-ons from Coleman, along with adding BioLite FirePit to its outdoor heating department.

“All of these ideas should help reinforce Academy as the best destination for all things sports and outdoors,” said Lawrence. “The team has worked hard to get back in stock and ensure that our inventory is much better balanced to the position in the key brands and categories will drive customers into our stores for this holiday. Our everyday value pricing, coupled with a strong well-thought-out promotional cadence will allow us to deliver a strong value proposition this holiday.”

He added, “When you combine that with our broad assortment of the most desirable brands and our strong in-store experience, we believe that we have a winning formula to continue to pick up market share.”

Holiday Expected To See More Promotions
Academy said it expects holiday selling to be more promotional than in recent years and a higher level of promotions are included in its forecast.

“As we finish out the year, we built in a well-thought-out promotional calendar for this Q4,” added Lawrence. “This cadence is more aggressive than the past two holiday seasons and is focused on driving traffic to our stores by providing our customers with outstanding deals on giftable items.”

Lawrence nonetheless added that despite the uptick in discounting, Academy expects to continue to hold on to most of the margin gains from the past couple of years. He added, “We also believe that our everyday value pricing, coupled with our thoughtful promotional strategy, will allow us to maintain our position as a value leader in our space and gain market share during Q4.”

Hicks said, “While we know that our customers have been under inflationary pressure and do not have the stimulus money they had last year, they are still focused on health and wellness, pursuing their hobbies and winning their kids to participate in their sports and activities. Our good, better, best assortment of top national brands and strong private brands available at everyday value prices allows them to continue to do that at an affordable price.”