Inside The Call: Emerald Holding Hopeful Trade Shows Are On Uptrend 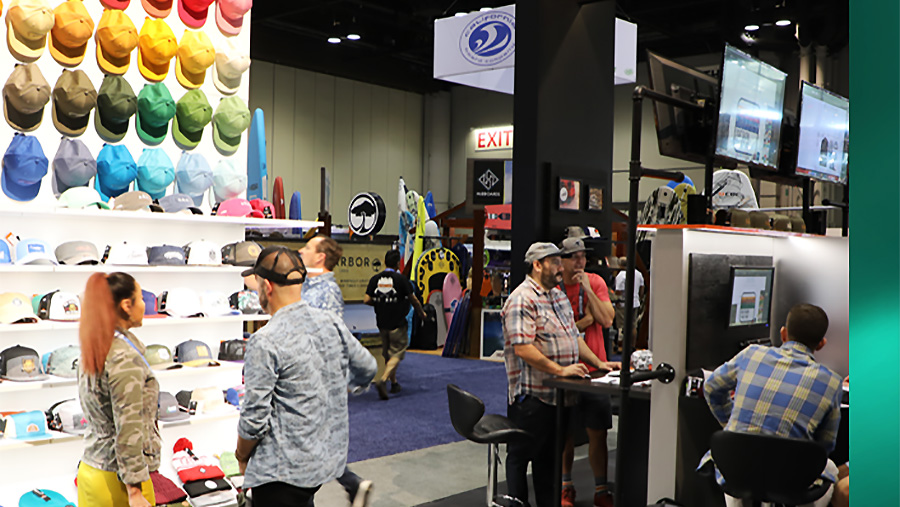 Emerald Holding Inc. said trade show attendance in the third quarter ran about half of pre-pandemic levels, but the organization held 33 live events, including Outdoor Retailer and Surf Expo; exhibitor satisfaction markedly increased, and rising vaccination rates are promising to elevate attendance in the future.

The 33 live events, including ASD, NY NOW, COUTURE, and Hospitality Design, served more than 92,000 attendees and 5,200 exhibiting companies, said Emerald. Some events came within 10 percent of pre-pandemic attendance levels, while others were more impacted.

The ratio of attendees to exhibitors “increased by more than 22 percent compared to 2019 levels on average across all events during the quarter,” which led to an increase in average exhibitor Net Promoter Scores compared to the same events Emerald staged in 2019, helping to accelerate forward sales bookings.

On the downside, although both look to be improving, continued headwinds impacting attendance included international travel bans and the rising infection rates during the quarter caused by the Delta variant. When looking at all events compared to its previously staged addition, average event revenue declined approximately 60 percent irrespective of year.

Emerald said it increased revenues to “$76.5 million against only $8.5 million in the year-ago quarter,” marking its first quarter of growth in six quarters as more live events returned.

Despite this attendance tumble, Emerald was able to run its events profitably and generate free cash flow in the quarter, even excluding insurance recoveries.

Adjusted EBITDA for the third quarter was $9.4 million compared to negative $3.2 million in the same period last year. The return to profitability was mainly due to profits generated by the live events staged during the quarter, partially offset by a lower amount of confirmed or received event cancellation insurance claim proceeds compared to the prior year.

The net loss was reduced to $9.0 million from a deficit of $15.3 million for the third quarter of 2020. Net earnings include other income of $1.1 million in the latest period and $16.1 million in the year-ago period due to the receipt or confirmation of insurance claims proceeds related to canceled events.

Asia, a region, he said has typically led the U.S during the pandemic by several months, is seeing “very encouraging signs of the enthusiasm that exists by both exhibitors and participants to get back to business.”

For the fourth quarter, exhibitor pacings for events held by Emerald are moderately better than Q3 when compared against their pre-pandemic editions. Sedky said, ‘We expect more fulsome recovery to emerge through 2023 and expect our revenues will recover to pre-pandemic levels as long as we maintain the quality of our shows and the value that we deliver to our customers.”