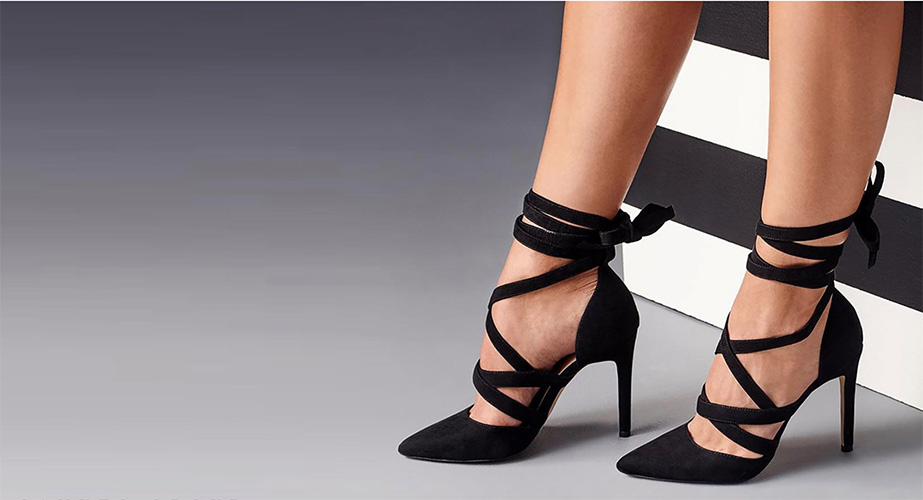 Shares of Designer Brands, the parent of DSW, fell $2.80, or 16.4 percent, to $14.23 Tuesday after the company said warm weather and tariff-mitigation efforts drove the company to overreact to a potential slowdown.

The company missed Wall Street’s targets for the third quarter and slashed its guidance for the year.

In the third quarter ended November 2, adjusted earnings fell 8.4 percent to $48.6 million, or 67 cents per share, from $57.9 million, or 70 cents, a year ago. Earnings were 7 cents short of analysts’ consensus target of 74 cents.

Reported net income came to $43.5 million, or 60 cents per share, including pre-tax charges totaling $6.9 million, or 7 cents per share, primarily from impairment charges and integration and restructuring expenses largely tied to its November-2018 acquisition of Camuto Group. In the year-ago quarter, EPS was $39.3 million, or 48 cents.

Total revenue in the quarter climbed 12.4 percent to $936.3 million, including $137.5 million in revenue from the Brand Portfolio segment, which includes $25.6 million in intersegment revenue that is eliminated in consolidation. Wall Street’s consensus estimate was $930 million.

Reported operating expenses, as a percent of revenue, decreased 400 basis points, driven by lower incentive compensation, the impact of lease exit charges, acquisition-related costs and restructuring charges in the prior year, and lower marketing investments, partially offset by the impact of including Camuto Group in the consolidated results.

On a conference call with analysts, Roger Rawlins, CEO, said the 0.3 percent comp gain was in line with expectations but the 370-basis point gross margin decline missed targets due to weather and the mitigation of tariffs. He said the two factors “led us to pull back inventory and cut marketing investments in anticipation of the change in consumer spending that, in hindsight, was not the right decision to make.”

Unseasonably warm weather in the September selling period, historically the company’s busiest and most profitable time of the year, affected sales at DSW, Camuto and in its Canada segment. As soon as it became apparent weather was becoming a meaningful impact, markdowns were taken to make sure stock levels were clean for holiday selling. At the quarter’s end, inventory was down 5.6 percent across its retail businesses.

Rawlins said that, as mentioned during the second-quarter conference call, the company also decided to cut back its marketing spend and to cancel certain product receipts in preparation for a reduction in consumer spending. The cuts in marketing, however, “disproportionately impacted our store-only customer which drove a subsequent increase in promotions, specifically driving digital engagement.”

He added that on the inventory front, given its desire to protect key growth categories of seasonal, athletic and kids, the resulting cancellations penetrated deeply in the remaining categories, especially dress, where inventories were down 20 percent and corresponding comps ended down 17 percent for the quarter. Added Rawlins, “We, of course, now know that the feared consumer pullback did not materialize. But, unfortunately, we were not able to make up the impact of these actions within the quarter.”

Overall, comps in the U.S. segment were flat in the quarter versus last year’s comp growth of 7.3 percent. Kids grew 23 percent and athletic was up 4 percent. Despite pressure on the seasonal business related to weather issues, boots were up 3.8 percent on a comp basis driven by an acceleration in promotional activity. Men’s saw a 6.1 percent comp decline, although a new merchant leadership in men’s helped deliver flat comps in October, and further improvement is expected in the category for spring 2020. Softness was seen in dress, accessories and sandals.

Rawlins said the company has begun to restore the open-to-buy in the softer categories and continue to watch the actions around tariffs daily. While the company has found ways to mitigate the majority of the current tariffs across both DSW and Camuto, mitigating 100 percent of the tariffs at the Camuto segment has proved challenging. It now expects to mitigate approximately 80 percent to 90 percent.

Rawlins said the company has “a lot of work ahead of us, particularly in the face of tariff mitigation; however, we do remain encouraged by our ability to provide unique products and experiences, both online and in-store, to our 30-plus million active rewards members.”

Rawlins also stressed the company’s long-term initiatives remain in place and the integration of Camuto and The Shoe Company is progressing as planned. Said the CEO, “As we look forward, our business model and growth pillars remain intact. We are making substantial progress toward our vision to develop capabilities to design, source and market differentiated products and, with the integration of Camuto into Designer Brands, we’re building a platform to drive growth and consolidation. We have a long runway for growth ahead of us, and we are confident our strategy will result in meaningful value creation and increased market share.”