Dick’s To Eliminate 20 Percent Of Its Vendor Mix 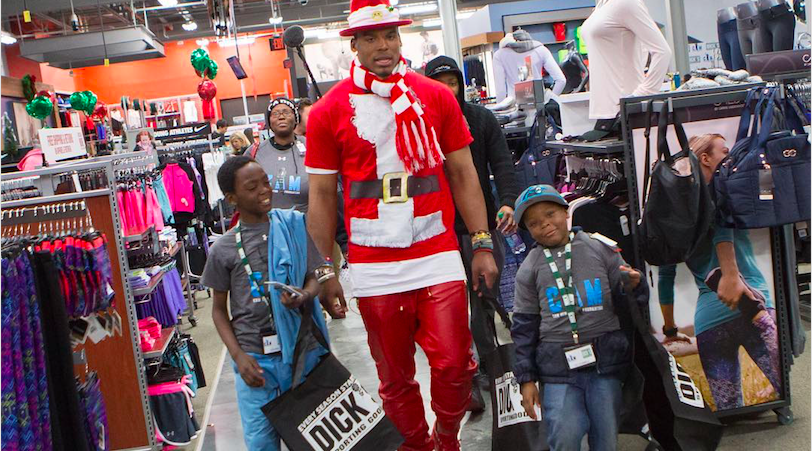 While reporting fourth-quarter earnings that arrived slightly ahead of targets, Dick’s Sporting Goods Inc. said it’s implementing a new merchandise and vendor matrix that will reduce up to 20 percent of its brands.

On a conference call with analysts, Ed Stack, chairman and CEO, said its vendor mix will be shifted into three segments.

Brands landing in segment A will become strategic partners with Dick’s. These vendors will invest in Dick’s online and in-store business, and Dick’s will be investing in these brands by giving them greater square footage, in-store presence and including them more in marketing campaigns. These strategic vendors will also be providing Dick’s with more exclusive and differentiated product.

The B segment includes a number of brands in which Dick’s “simply has transactional relationships with” and won’t be moving to the partnership level.

Finally, segment C will be brands that will be eliminated from its doors, and the company expects to eliminate up to 20 percent of its vendors this year. The brands have already been removed from its locations to make room for spring receipts. Space dedicated to those brands will go to strategic vendors or its private label brands.

As part of the move, Dick’s took a $46 million charge in the fourth quarter to write-down the value of the inventory that does not fit within its new merchandising strategy. Beyond the “non-going-forward” brands, Dick’s will be scaling back or eliminating some categories of merchandise with its transactional vendors in segment B.

Stack declined to tell which brands are being eliminated other than to note the it affects categories “across the board.” He did note that while the eliminated brands represent around 20 percent of its vendor base, they are “meaningfully less” than 20 percent of its sales. None of Dick’s top-10 vendors will be eliminated from the mix, implying that many if not all its major vendors will be receiving greater focus going forward.

The merchandise change, according to Stack, comes after a strategic review following “the disruption” that shook the sporting goods industry over the last year, marked largely by the bankruptcies and liquidations of Sports Authority, Sport Chalet and Golfsmith.

Stack said brands being eliminated are “smaller vendors” that weren’t necessarily less profitable than the company’s average but overall were “not that important to us.” Partnering further with strategic vendors is expected to help Dick’s overall gain a “bigger bang for our buck.”

In expanding with its strategic partners, gaining more differentiation and exclusive product, which will include co-developed product, will help Dick’s stand out more and should help margins. Any exclusives will arrive in the back of the year versus spring 2017. Dick’s also stands to gain better terms around pricing, discounts, marketing and other areas, although Stack noted it’s a “two-day street” with the strategic vendor partners also benefiting from a greater in-store presence and planned marketing collaborations. Said Stack, “Vendors going into that strategic bucket are pretty excited about it.”

Part of the space will also go to Dick’s private label brands, which collectively are expected to reach $1 billion in revenues in 2017. Beyond also providing exclusivity, private labels continue to typically offer a 600 to 800 margin upside versus the brands they replace.

The star private label brand is Calia, which has grown to become Dick’s third-largest women’s brand only two years after its launch. Beyond Calia, private labels to be expanded in 2017 include Field & Stream and Reebok. Two private label brands are also scheduled to launch this spring, although Dick’s officials declined to provide any further details. Said the CEO, “We’ve gotten much more aggressive with private label.”

Still, Stack said the decision to overhaul its vendor mix wasn’t easy. He added, “It’s difficult to tell people you’ve done business with for a long time that we’re not going to do business going forward. So this is something we’ve been talking about for a while and based on what’s going on in the industry today we felt this is the right time and we had to do this.”

The changes come as Dick’s reported fourth-quarter results that came in slightly higher than planned, benefitting from market share gains due to the exit of several of its competitors.

The quarter included both the inventory write-down charge as well as a $47 million charge tied to asset impairments and store closing charges, as well as costs to convert former Sports Authority and Golfsmith stores. Including the charges, net income was $90.2 million, or 81 cents, in the latest period.

E-commerce sales overall climbed 27 percent to represent 17.9 percent of total sales, compared to 15.7 percent during the fourth quarter of 2015.

Stack noted that the quarter benefited from “meaningful market share gains” due largely to the exits of Sports Authority, Golfsmith and Sport Chalet.

All core categories – apparel, footwear and hard goods – saw increases. Footwear was described as “strong” and Stack said he “remains encouraged” by the momentum in its full-service footwear decks. The company ended the year with 184 footwear decks and plans to add 50, primarily in new or converted Dick’s doors, in 2017.

The one shortfall was outdoor, which was slightly negative and impacted by declines in hunting. Field & Stream’s comps were down mid single digits. Stack said although the hunt category is being impacted by “structural” issues, the company expects to be able to grab market share this year if some consolidation occurs in the sector as expected.

For 2017, the company expects to open 43 Dick’s stores and relocate seven Dick’s stores. It plans to open nine Golf Galaxy stores and relocate one Golf Galaxy store, and open eight Field & Stream doors. The openings include former TSA and Golfsmith stores that are being converted. Locations are primarily in California, Florida, Texas and the Pacific Northwest region.

Beyond investing in its private label and footwear decks, investments in 2017 will continue in digital, including improving the functionality of its Dick’s Sporting Goods website.

Investments will continue to support the expansion Dick’s Team Sports HQ, which is the culmination of its acquisitions of Blue Sombrero, GameChanger Media and Affinity Sports. The platform offers registration and league management solutions to support youth sports leagues and clubs. It also includes partnerships with Little League Baseball and Softball, Pop Warner Football and U.S. Youth Soccer. Tapping its vast registration database, Dick’s expects to be able to tailor offers based on player’s needs. Said Stack, “We see this as a multi-year initiative that will be a growth driver for us.”

The expected flattish first-quarter earnings reflect about $10 million in incremental expenses due to the opening of 22 additional stores this year versus last year’s quarter as well as one-time expenses to launch Dick’s Sporting Goods website under its proprietary platform. Earnings gains are expected to accelerate beginning in the second quarter.

Asked about expansion in the Q&A session, Stack said the company still is under-penetrated in several areas. He noted the company doesn’t have “many stores” in California, including only a “handful” in the Bay Area. It also only has a few in Miami and Southern Florida overall and none in the five boroughs of New York City. It has six Dick’s locations in Houston, the country’s fourth largest market.

Stack, however, said the company will be “patient” with its expansion push with Penney, Macy’s and others rumored to be closing and possibly presenting some healthy real estate opportunities. Added Stack, “The consolidation in this industry is not over and this is a time that we’re going to be very patient going forward.”

Stack added that the company has only just begun to monetize the customer information and transaction data acquired in the bankruptcy proceedings of Sports Authority and Golfsmith and expects the data to feed market share gains beyond the third quarter of this year.

Probed about the ongoing consolidation and the state of the industry, Stack believes the chains exiting were impacted by many internal challenges, including debt loads, private-equity ownership, under-investing in e-commerce, constant leadership changes and not adequately investing in product development.

“So is this a great industry right now?” Stack asked rhetorically. “I think it really is a very good industry, but there were some weak links and some companies that couldn’t survive. And I think you’re seeing this in some other retail industries too. So I don’t think this is something that we get caught up in.

“As long as we continue to run and manage our business, which is why when this whole thing happened, we didn’t take a lot of time to celebrate, we said, ‘Okay, let’s do a thorough review of our business’ and make sure we don’t have symptoms of this disease,” said Stack. “Which is why we’ve gone back and we’ve redone the vendor structure and took some of these charges to clean out a little bit of the issues to make sure that we don’t have these issues going forward.”