Diamonds In The Rough: COVID Surprises From The Outdoor Retail World 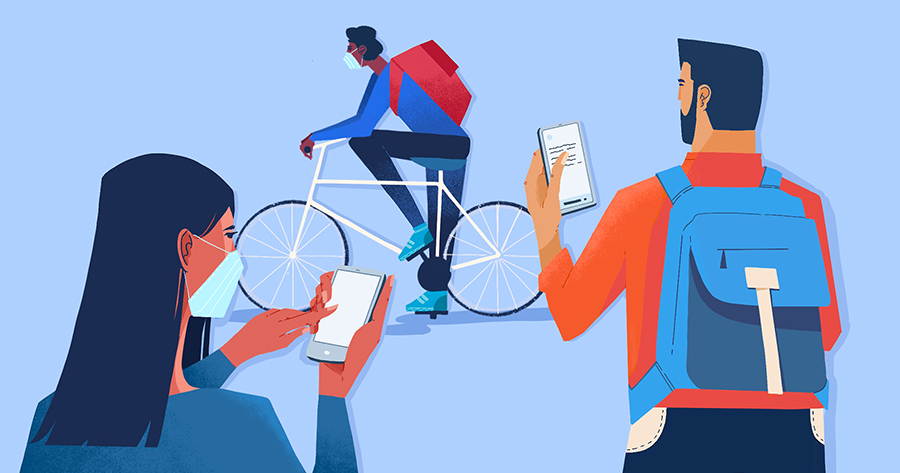 Everyone knows that bikes have been going gangbusters at retail this year. But what other surprises have been selling well at retail this year, leaving shelves high and dry, cash registers ringing and store managers scrambling for inventory? To find out, we queried outdoor retailers across the country to see what outdoor products COVID-19 helped sell this season. The answers might surprise you.

“We sold way more of those this year than we ever would have expected,” said employee JR Jennings. “We had to order hundreds more throughout the season. Usually, we just sell them for river trips, but I think people were ordering them for just regular camping trips also.”

The stations CKS carries are made by Colorado manufacturer Downriver Equipment Inc., which had its hands full keeping up with orders. “It was mind-blowing how the demand for them blew up,” said president and co-owner Phil Walczynski. “We sold more in the first two weeks of April than we did all of last year. We had hoped to donate hand wash stations to organizations that needed them, but we couldn’t keep up with the demand. We ended up donating a few to a kids camp, but we’re just now starting to get caught up on the backlog.

Trampolines
Yes, believe it or not, sales of trampolines were, well, up this season as well, as consumers sought unique ways to get their kids outside this past spring and summer.

“We had hot-selling categories like bikes, paddlesports, camping and fishing, and even footwear and casual wear,” he said, “but there were also a few surprises like trampolines. All of our stores have sold more trampolines this year than the past 10 years combined. Instead of spending money at the movie theater, people were applying that to a new trampoline. It’s a great way to keep kids outside having fun.”

Footwear
For Richard Smith of Wild Country in Normal, IL, it was hiking boots that flew off the shelves as more people ambled into the Great Outdoors. In particular, he says wares from Oboz, Merrell and Keen sold especially well.

“We had aggressive preseason bookings that were already in house,” he said, “but then we were shut down for seven weeks during which a couple of our competitors didn’t reopen. We saw a good 40 percent increase in sales of hiking boots because people were walking and hiking locally, but also decided to road trip west to places like Colorado and Utah.”

Consumers putt running on their list of activities to do as well as hiking. “Overall we saw sluggish sales in most of our outdoor product categories, as our consumers weren’t traveling,” said Lori Underwood of Peter Glenn Sports, which has 10 stores in Florida, Georgia and Virginia. “But we did see a nice bump in our running category, as so many people were staying close to home and out of the gyms. The winners this summer seemed to be outdoor activities where the consumer could participate close to home, or drive to their destination.”

Jon Barker, CEO of Sportsman’s Warehouse, echoes the theme of footwear sales climbing. “We’ve seen increased demand across the stores in fishing, hiking and camping,” he said. “What was surprising was we expected to see a soft apparel and footwear season, but we saw solid numbers in those categories as well — especially for functional and technical apparel and footwear.”

And over in the Northwest, whose mountains rise 14,000 feet straight from sea level, consumers also gravitated to hiking and running to beat the COVID blues. Chris Gerston of Bellingham, WA’s Backcountry Essentials reports big sales of crossover shoes like Altra’s Lone Peak 4 — joining astronomical growth of categories like compasses and instruments, which he says were up a whopping 486 percent.

Wakeboards and Associated Gear
Consumers turned to motorized watersports this spring and summer as another way to escape the confines of COVID isolation. In particular, those that let them get away from it all quickly, while still offering refreshing fun and adrenaline.

While brick-and-mortar and online retailer Evo saw upticks in outdoor gear sales across the board, one category that caught them off guard was a swell in sales of wakeboards — whose sales rose from such manufacturers as O’Brien, RAVE, Hyperlite, Brunotti and more. “Our experience has been pretty consistent with what other large online retailers are seeing, with bike, camp, skate and surf all surging,” said merchandising director Steve Osborn. “But the most surprising thing on our end was the performance of the wake category. We anticipated a decline in demand at the start of COVID but it’s been the complete opposite. We’ve sold way more wakeboards and accessories than we expected. ”

Masks and BUFFs
No one likely planned on ordering too many masks in their pre-order purchases for 2020. But for many outdoor retailers, the tiny face-coverings led all other small-ticket items in sales for the season.

“Had anyone told me on March 15 that over the next few months I’d sell hundreds of face coverings I’d have told them they were crazy,” said Mitch Mode, of Rhinelander, WI’s Mel’s Trading Post.

He says top sellers included masks from Stormy Kromer, which use some of the company’s traditional patterns, and higher-tech masks from companies like Outdoor Research. “That was the one unexpected and unpredictable category we had,” he added. “I now stock six different styles and can probably justify a few more. I don’t think face covering is going to go away anytime soon.”

Instead of conventional masks, The Wild Country’s Smith said BUFFs were a hot ticket item this year. “The news reported early on that headwear such as BUFFs could be utilized as face covering,” he said. “I listed what we had on our website and sold out in two days.  The actual BUFF order page crashed the same day to an overwhelming response. This was followed by Outdoor Research producing a high-quality face mask that is comfortable. Both sold out very quickly.”

Camping Fuel and Stoves
Everyone echoes the fact that camping sales soared during COVID. Leading the pack was dehydrated food and the equipment to heat it up.

“We sold more dehydrated food and fuel than we ever have,” said Murray Selleck, manager of Colorado retailer Ski Haus. “We couldn’t keep it in stock.”

The same held true farther west. “The saying went, ‘Camping fuel was basically the TP of the outdoor industry,’” said Backcountry Essentials’ Gerston. “We sold three-times our typical summer amount. We went through a whole summer’s worth in June, then bought that same amount for July and sold that, and then did the same for August.” ”

All in all, cooking and fuel, he added, were up 232 percent. “People were coming in and grabbing armfuls,” he said, adding it seemed to be more about camping than Armageddon. Butane-based canisters sold best, he said, with the medium-sized 8-oz. bottles being the top sellers, followed by 4-oz. bottles and finally 16-oz. bottles. “We handled our inventory levels pretty well,” he said, “but by August we were looking at a hard time getting more. But by then demand had slowed a bit anyway.”

The bottleneck was felt on the supply side, also. “This year’s demand was unbelievable,” said Ryan Flynn, a global sales manager for Johnson Outdoors, whose many stove and fuel lines include JetBoil, Ignite and SPRK, the latter released in July, just in time to benefit from COVID sales. “We were struggling to keep inventory in stock. People were buying them for all kinds of things, from tailgating to using in their back yards. They didn’t have kids soccer on Saturday morning anymore, so they were heading outside. And fuel was absolutely off the charts. Retailers couldn’t keep it in stock. 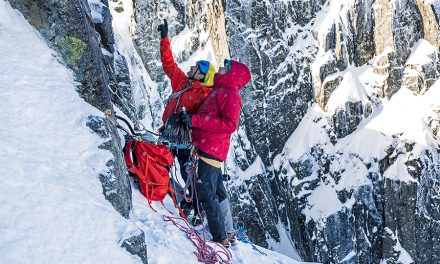