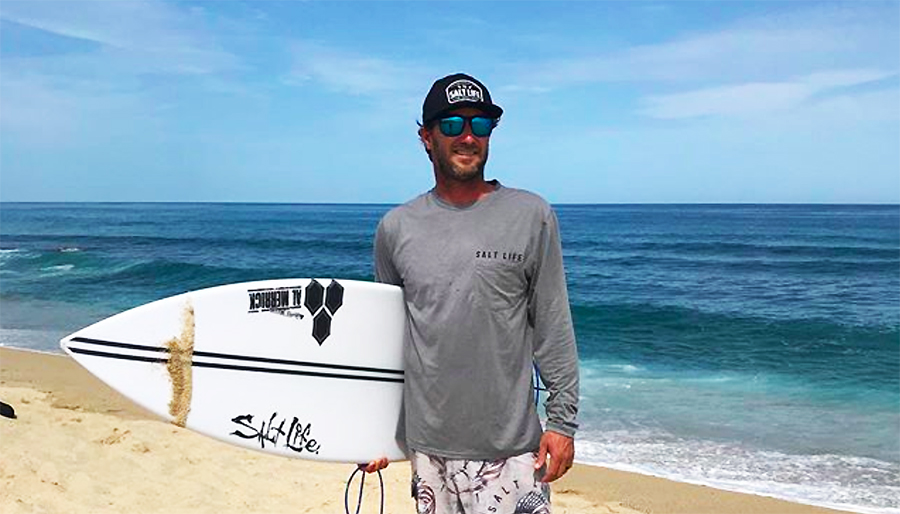 Sales were $119.3 million, up 6.3 percent year-over-year and improving from the 2.8 percent rate seen in the second quarter. Sales in the Delta Group segment increased 5 percent

Other income included a $1.3 million discrete gain in the Salt Life Group segment realized from the settlement of a commercial litigation matter. Net of related expenses that are included in SG&A, the matter resulted in an improvement to operating income of $1.0 million, or approximately 10 cents a share.

Operating income for the quarter rose 25.4 percent to $8.4 million compared to $6.7 million in the prior-year third quarter.

The Salt Life Group segment third-quarter revenue grew by 18 percent to $11.9 million from $10.1 million in the prior-year period.

Operating income for the first nine months was $5.9 million compared to $4.3 million in the prior-year period. The latest period the included the discrete gain of $1.3 million realized from the settlement of a commercial litigation matter.

In its 10Q, Delta noted that new manufacturing technologies, speed-to-market distribution strategies, and additional sales channels continue to generate growth opportunities across our businesses and differentiate the company from competitors

The Delta Group segment revenue in the quarter grew over 5 percent during the third quarter to $107.4 million from $102.1 million in the prior-year period. DTG2Go sales increased over $5 million from the prior year driven from organic growth as well as the SSI acquisition.  Soffe achieved nearly 3 percent revenue growth driven from strong military sales. Activewear sales were relatively flat to the prior year at $81.5 million. The higher-margin fashion basics products growth continued with 45 percent sales growth and represented 26 percent of total catalog sales.

Gross margins in the Delta Group segment expanded 390 basis points from the March 2019 quarter to 17.9 percent but were still 100 basis points below the prior-year quarter. While Soffe experienced improved margins, this was offset by the sales mix in its private-label business at Activewear. Operating income for the third quarter was $9.2 million compared to $9.1 million in the prior year.

Delta said the DTG2Go digital print business recently began offering customers in the brick and mortar retailer channel the additional “retail-ready” service of affixing unique universal product codes (UPC) and other packaging options to products to allow a seamless customer experience with on-demand and in-store purchases. Delta wrote in the 10Q, “We see similar growth opportunities within other channels, including retail license, promotional products, large brands, screen printers, team uniforms, and social media, as we continue to differentiate ourselves from competitors through not only value-added services but also our first-to-market adoption of polyester printing technology.”

Two new facilities are opening in New Jersey and Texas to give DTG2Go the ability to reach over half of all U.S. consumers with one-day shipping, including the key New York City and Dallas metropolitan areas.

Delta said the Activewear business is “solid” with demand for Delta’s higher-margin Catalog fashion basics products and Western Hemisphere manufacturing platform continuing to accelerate. The FunTees private label business remains on pace for record unit sales for the year and, as expected, profitability is improving the unit moves past new customer start-up expenses and other costs. Across Activewear, an emphasis is being placed on new sales channels such as direct-to-retail and e-commerce, and cross-selling opportunities involving the DTG2Go and Soffe decoration platforms to drive growth. Delta wrote in the 10Q, “We anticipate more growth at Activewear as we further leverage our internal manufacturing capacity and build out our distribution network with unique, single-solution facilities integrated with DTG2Go’s digital printing.”

“We are pursuing a variety of programs in the military channel and look for conditions in the specialty channel to remain solid going into the holiday season,” Delta wrote. “The Soffe brand also continues to gain momentum with key e-commerce partners and the growth to date in direct-to-consumer sales from Soffe’s e-commerce and brick and mortar retail platforms indicate that the brand’s authenticity and heritage are resonating with consumers.”

The Salt Life Group segment third-quarter revenue grew by 18 percent to $11.9 million from $10.1 million in the prior-year period. Sales for the first nine months increased by 7 percent to $32.5 million from the prior year $30.4 million.

Salt Life’s growth reflected expansion across all major sales channels. Momentum for the brand is expected to continue as the brand expands geographically through growth with national and regional retailers, and to potentially escalate with several new key account opportunities on the horizon. The increasing penetration of Salt Life’s higher-priced performance products within both wholesale and direct-to-consumer channels and the success of brand extensions such as Salt Life Lager and Salt Life Food Shack restaurants continue to broaden the brand’s audience and lifestyle positioning.

Salt Life Lager is now sold in Florida, Georgia, Alabama, Tennessee, and South Carolina, and is expected to be available in additional markets in the near term. Salt Life-branded brick and mortar retail stores in Orlando and Key West, FL are scheduled to open in the next few quarters, along with several more locations in Florida and South Carolina now under development, should also drive more consumer awareness and revenue for the brand.

Delta concluded in its 10Q, “Overall we expect to see additional sales and earnings growth to finish the year, driven by the extensive new product development and customer diversification efforts ongoing across our business.  Our focus on a broad range of go-to-market strategies supported by a flexible back-end platform allowing us to internally manufacture the majority of our products and deliver them quickly with the retail customization and sophistication customers demand has us, we believe, in a uniquely strong position to capitalize on the shifting trends within retail.”