Columbia’s CEO Tim Boyle Speaks Up On Speaking Out 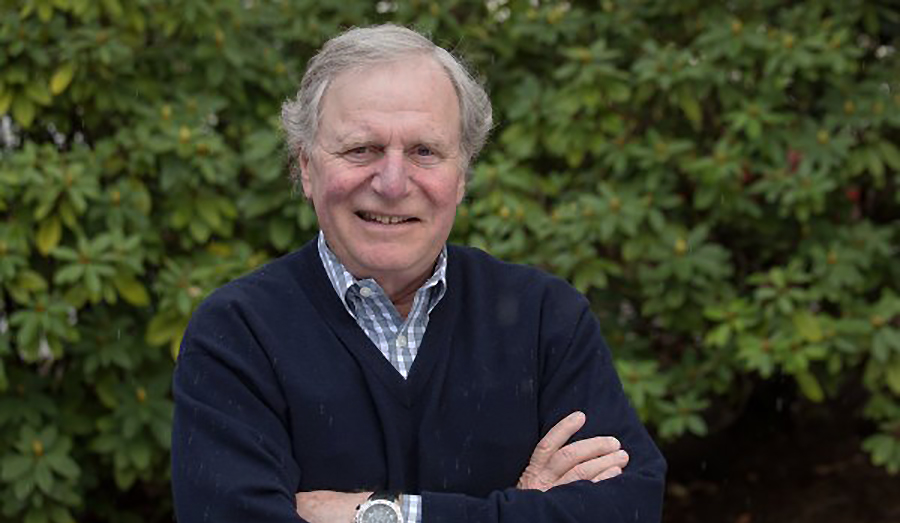 In an interview with the Portland Business Journal last December, Columbia Sportswear CEO Tim Boyle said one of his New Year’s resolutions was to get on President Donald Trump’s enemies list and he’s publicly taken on the Trump administration on issues ranging from immigration to the partial government shutdown and tariff dispute. Boyle said it’s a matter of principles.

“Well, frankly I’m always amazed anybody would care what I say, frankly,” Boyle said earlier this month in an interview at FDRA’s Footwear Executive Summit. “But, you know, I think it’s important. If people are willing to listen to you and you have something to say, and you have a point of view which goes beyond the business, frankly you ought to say it. And so, for whatever reason, people are at least listening to me. They may not agree with me, which is fine. But I’m not running for office. I’m just pointing out things that many people, I think, agree with. Some don’t, which is fine.  But it’s important to say these things when they occur.”

Boyle was interviewed by Matt Priest, president and CEO of the FDRA.

Some issues the company has spoken out against are more business-related such as the tariff dispute or the decision by the Trump administration to pull out of the Trans-Pacific Partnership free trade pact.

But many of the issues Boyle and the company have weighed in on are at “an intersection where there’s a personal connection and a business connection.”

Last year, Boyle gave the New York Times an in-depth view of how Columbia minimizes its tariff burden to illustrate why tariffs don’t work as a trade tool. But Boyle also noted how he has friends with cherry orchards in Oregon who have been much more unsettled by the trade uncertainty because they have to plan their crops 15 years ahead of time. Said Boyle, “The people who run these businesses, their lives are being used as pawns for some benefit, which frankly I don’t recognize what that benefit is.”

Aligned to its messaging on the importance of the outdoors, Columbia in January made perhaps its boldest statement by spending $80,000 to run a full-page ad exclaiming “Make America’s parks open again” in the print edition of the Washington Post at the height of the partial government shutdown.

Boyle also said the company has been “very vocal” on the immigration issue because it’s part of the company’s history. His grandparents on his mother’s side emigrated from Germany in the 1930s and Gert Boyle, his mother, came to the U.S. as a young girl to escape Nazi Germany. Boyle said, “So it’s really part of my DNA and our family’s DNA.”

Boyle noted, for example, that earlier this year he was visiting his company’s Panamanian distributor who was responsible for a major section in the northern part of South America. Boyle asked if he could invite his 15-year-old son who was just getting started in the business to Columbia’s Portland headquarters to advance his knowledge and connections. The father, however, feared his son would be incarcerated at the border.

Asked about reactions from employees for the company’s increasingly political stands, Boyle said that he’s not looking for “complete loyalty on any particular topic” but he hopes employees and other industry partners share such sentiments, including the value of immigration. Said Boyle, “It’s big world out there. Your life, your career at work is much richer if you’re working with people from around the world than if you’re in an insulated parochial position.”

He also half-joked that he’s “probably ticked off half” of Columbia’s customers but he also said it’s critical to have principles as a company and as an individual.

“Some have to be inviolate and you just have to say, we’re willing to be as flexible as we possibly can be. And we’ll say yes every time we can but when there’s certain issues that we’re just not willing to run from and where we believe that advocacy can be important, then you have to pick those things,” said Boyle “And if people are upset and don’t buy your products because of that, that’s sort of their problem.”

Asked about handling the heightened uncertainty in the marketplace, whether tariffs, the border of Mexico potential closing or some other complexities, Boyle credited advice from Ed George, a long-time board member who is retiring. George preached the need for a ‘fortress balance sheet’ to carry the company through good and bad times.

Said Boyle, “We always rely on the fact that we’ve been able to salt some money away and have the amount of capital we need to get through periods of time which are going to be unusual and they always are it seems.”

Still, Boyle said Columbia internally doesn’t “take ourselves too seriously” as a company dedicating to enjoying the outdoors and he believes that’s reflected in the company’s corporate culture despite the politically-charged times. He said, “We’re making products for people to use outside to have fun skiing, hunting, fishing or whatever they’re going to do. And to support their passion for the outdoors. So if you’re going to come here, you know you’re going work hard but you better have some fun.”

In footwear, the big success for Columbia has been Sorel, which the company acquired out of bankruptcy in 2000 for $8 million.

Boyle noted that Sorel was historically a Canadian-based, men’s winter work-boot brand that goes back to the early 1900s. Sorel’s team had been chasing a trend in snowboard boots that led to their financial struggles. At the time of the acquisition, Wal-Mart was Sorel’s largest customer, followed by Cabela’s.

Initially, Columbia’s team envisioned an opportunity to make Sorel a “better men’s winter boot brand,” said Boyle. But Mark Nenow, who joined Columbia in 2007 from Brooks and Nike to run the footwear business and now heads Sorel, saw an opportunity to position Sorel foremost in the women’s category and that strategy has paid off.

Said Boyle, ‘Mark is a passionate guy who talks at length about product being queen with Sorel. We have to make sure that we have the right stuff. And revenues at Sorel today are just slightly north of what Columbia’s revenues were when we went public in 1998.”

Ironically, Sorel was the brand that inspired Columbia to get into the footwear category. Sorel reps were following Columbia’s sales team and encouraging retailers to match Sorel boots with Columbia’s break-out Bugaboo jackets.

At the time that was happening, Boyle reached out to Rob Strasser, an early Nike executive who later worked for Adidas, for advice on getting into footwear and he wound up helping Columbia gain a foothold in the category.

“Peter Moore, who was Rob’s partner at the time, designed this thing called the Bugaboot, which was basically a cross between a Sorel and an athletic shoe. And it was an enormous success and still leads the company’s footwear sales volume today. It was a very different kind of shoe and at the time it was unique,” the CEO said.

Unfortunately, Boyle admits Columbia hasn’t come up with enough distinctive product over the years to drive the overall footwear category. When Columbia went public in 1998, Boyle said footwear would evolve into the largest product category for the company. He joked, “So, I’m a failure. It’s only about 20 percent, but there is enormous opportunity in footwear for us.”

The company has had “a few successes which we’ve been rewarded with good sales.” Beyond the Bugaboot, another area gaining traction has been fishing footwear as part of its PFG segment that sells particularly well in in the southern part of the U.S. and in Central America.

Overall, Columbia has to do a better job coming up with differentiated product in the crowded marketplace. Said Boyle, “If we’re going to be in that business, we have to offer something different. We have to have points of differentiation which are recognizable by consumers and by retailers, and that’s where we’ve struggled.”

In December, Peter Ruppe, a footwear veteran who formerly worked at Under Armour and Nike, was hired as VP of footwear for the Columbia Brand, to bring more innovation to the category. Said Boyle, “We’ve given him the assets to make the business much bigger and hopefully after another 20 plus years, our business will actually be led by footwear. That’s my hope.”