Cause Marketing Platforms Not Breaking Through With Gen Z 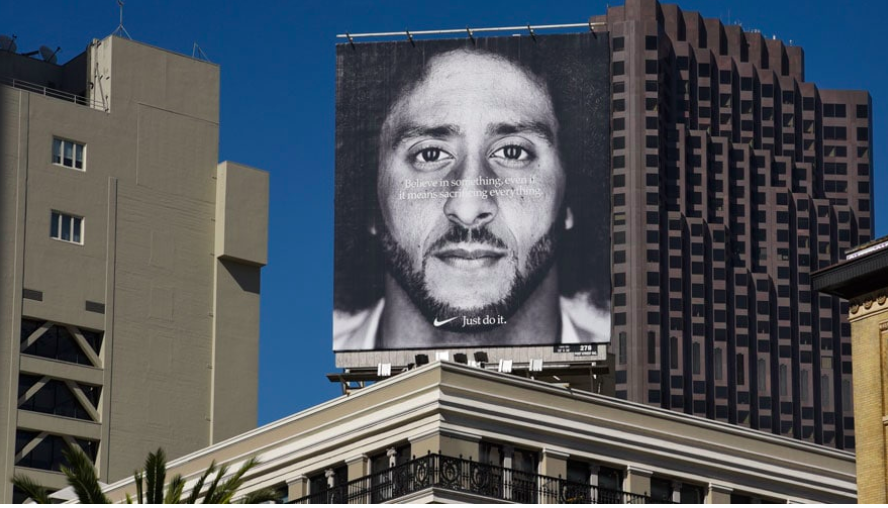 Several brands in the active lifestyle space, including Patagonia, Nike and Toms, are being recognized for their purpose-driven ethos and related cause-marketing efforts according to an extensive study from DoSomething.org. But the study still found it’s not easy to break through and create belief among consumers.

For instance, Nike earned significant media attention in 2018 with its Colin Kaepernick campaign that showed support for his protest movement against racism and social injustice. 4C Insights data showed that mentions of and comments about Nike on social media rose 1,678 percent immediately following the campaign launch and mentions of Kaepernick spiked 362,280 percent. However, DoSomething.org’s survey of young consumers found Nike still only secured a 60 percent aided awareness of an association with any cause at all; and only 27 percent with racial justice.

Adidas scored an aided awareness of an association with any cause of only 32 percent. The study believes Adidas would have earned a higher recognition if it had more of a singular focus. The study noted that Adidas “received lots of top of mind comments, but they were all over the place – from ‘LGBTQ’ to ‘youth sports’ to a generic ‘equal rights.’ True, Adidas is getting credit for being a ‘good’ brand, which you might say is better than nothing, but it doesn’t carve out a unique and memorable space in the mind of the consumer.”

Even when provided a list of social causes or platforms (aka “aided awareness”) cause association still only reached an average of 24 percent.

In the outdoor category, the study noted that while Patagonia has been an active supporter of environmental causes for decades, giving 1 percent of its annual sales and recently giving 100 percent of its Black Friday sales to grassroots environmental groups, it was Patagonia’s bold stance in support of Bears Ears National Monument in Utah that created significant visibility for the brand’s social impact work. In response to the largest-ever reduction of a national monument, Patagonia turned its homepage into a political statement reading” The President Stole Your Land.” Despite the wide coveage, Patagonia was still only associated with the environment by just 29 percent of young people familiar with the brand.

Only 2 percent also associated Dick’s Sporting Goods with causes around the environment but 11 percent associated the retailer with gun violence prevention after Dick’s restricted gun sales in its stores in the wake of the Parkland school shooting. Levi’s was the only other brand among the 88 analyzed in the study that was survey respondents linked to efforts to reduce gun violence. The jeans maker last year committed to make $1 million in donations to nonprofits and activists working to end gun violence in the U.S.

A core finding in the study is that a brand’s cause-marketing history isn’t generally known to a new generation.

“You need to shout loud and proud about your support of social issues and cause platforms to break through the noise,” said Meredith Ferguson, managing director of DoSomething Strategic, in a statement.  “Too few young consumers are aware of brands’ support of various cause initiatives and there is a real risk brands aren’t getting the ‘credit’ for the good work they’re doing. It is a missed opportunity to build a relationship with consumers based on shared values.”

A few methods offered to strengthen connections to social causes were:

“Gen Z defines ‘authenticity’ differently than older generations,” said Ferguson. “To them, there is no such thing as a cause that is off-limits for a brand to champion – it doesn’t have to be in lock-step with what a brand sells. So long as the brand is walking the walk and supporting the issue from the inside out, they’re game.”

Overall, Nike’s score of 60 percent for aided awareness of an association with any cause at all was by far the highest among brands that were tested in the active-lifestyle space. Coming in second was Toms, 51 percent; followed by Patagonia, 35 percent; Dick’s, Adidas and Fabletics, each 32 percent; Under Armour, 28 percent; Allbirds, 27 percent; Lululemon 25 percent; Athleta, 19 percent; The North Face, United By Blue, and Puma, 14 percent; Converse, 11 percent; Vans and Keds, both 9 percent; and Sweaty Betty, 6 percent.

One caveat is that the 1,908 individuals between the ages of 13 and 25 that were surveyed were members of DoSomething.org, a non-profit dedicated to mobilizing young people around social change.

But a number of other studies have shown both Gen-Z and millennials seek out socially responsible brands. A few studies include: