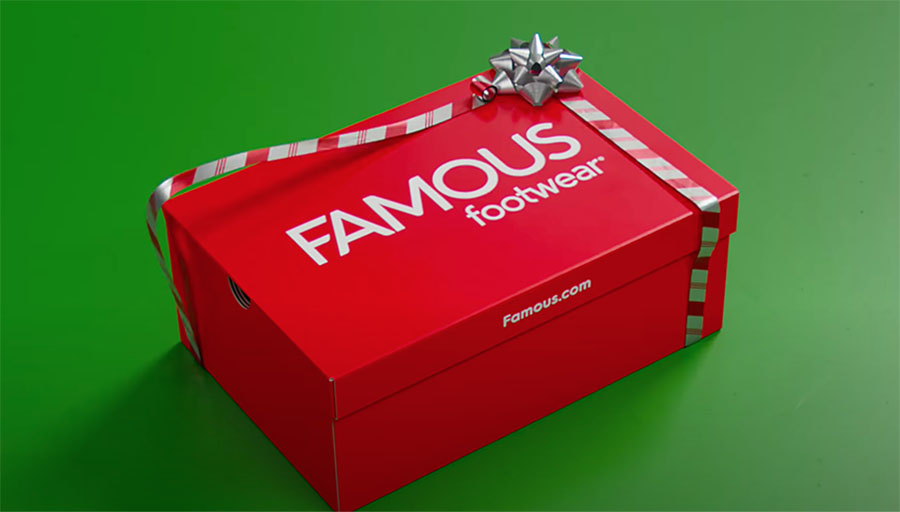 Caleres, Inc. saw Famous Footwear and the Caleres Brand Portfolio both outpace expectations in the fiscal third quarter ended October 31 even as revenues declined for each segment.

A $38 million reduction in expenses in the quarter helped contribute to “the largest third-quarter level of cash generation in over 10 years” as the company saw $34.2 million in net cash provided by operating activities during the quarter. CAL paid down $50 million of debt during the quarter bringing overall debt reduction to nearly $140 million since the beginning of the second quarter.

“We also achieved a 30 percent sequential increase in revenues as the top-line benefited from the return to full operation of our store network, the full reopening of our partner stores, solid digital demand, as well as an extended back-to-school purchasing fee,” explained company President, CEO and Chairman Diane Sullivan on a conference call with analysts.

Consolidated sales for the third quarter were $647.5 million, down 18.3 percent, from the comp period last year.

Famous Footwear’s total sales were $391.7 million, down 12.3 percent, from the third quarter of fiscal 2019 with 35 fewer doors open. Comparable store sales were down 9.1 percent at Famous during the quarter while e-commerce sales were up more than 48 percent in the period.

Sullivan noted that Famous results came even with “the loss of an equivalent of 1,700 business days in the period due to store closures related to illness, weather, fires, civil unrest, which restricted our sales by approximately $6 million.”

“During the quarter, we continued to lean into our digital capabilities,” said Sullivan. “And while our e-commerce sales moderated from the high levels achieved while the store network was closed, we’ve realized a 48 percent year-over-year improvement at Famous. In addition, e-commerce penetration reached 17 percent of net sales, up from just 10 percent in the third quarter of last year.”

The back-to-school season was, by Sullivan, “absolutely far from normal.” She said back-to-school purchasing got off to an extremely slow start in August, and uncertainty around the format of the school year cast “a pretty wide shadow over the marketplace.” The uncertainty reportedly led to store-for-store sales in August that came in well below the retailer’s historical August sales levels. “However, as we progressed through September, higher sales started to materialize much ahead of our expectations as children headed back to classrooms and as consumers felt more comfortable venturing out into the world,” she continued.

September sales reportedly exceeded last year’s levels by approximately $15 million with store-for-store sales up 16.9 percent providing a partial offset to the declines seen in August. Sullivan said that after five straight weeks of sales better or equal to last year, sales momentum in October started to slow “as traffic in stores declined and rising virus cases in certain parts of the country started to dampen consumer demand.”

Sales in August were down double-digits, sales in September were up double-digits and sales in October declined in the single-digits.

We continue to see consumers seeking out quality brands that they know and love, and Famous is perfectly positioned to fulfill those ongoing needs,” noted Sullivan. “In fact, our Top 10 brands represented 70 percent of our total sales. And just as in the second quarter, consumers were still gravitating toward athletic sport and casual styles.” She said year-over-year conversion rates were up both in-store and online signaling a higher buyer intent with customers.

“A notable bright spot also during the period was the increase in our kid’s penetration, rising to nearly 19 percent, and further heightening the extended nature of our back-to-school season,” she concluded.

“The stronger-than-anticipated results were driven by positive consumer reaction to our athletic sport and casual products as well as improving performances from Vionic, Sam Edelman, Ryka, Blowfish, and Vince, among others and increased shipments to strategic retail partners that we’re working to increase and align their inventory levels with consumer demand,” Sullivan said.

Sullivan also noted that its wellness and comfort brands continued to “perform well as the consumer demands these products,” noting that the wellness and comfort brands represented about 55 percent of its Brand Portfolio sales in Q3 versus 47 percent in Q3 last year. She specifically called out Vionic for posting e-commerce sales growth of over 50 percent in the quarter.

Turning to other brands meeting consumer needs, Sullivan said Allen Edmonds recently launched its Park Avenue sneaker, which is currently sold out and on backorder. “In addition, our Ryka Athletic brand has been outstanding and has furthered its progress with the launch of a trail sneaker that’s also doing very well. And as you would expect, the Vince brand’s cozy fuzzy styles that everybody is looking for right now and lots of different brands, particularly our shearling slipper are experiencing strong sell-through since coming to market,” she detailed.”

Sullivan said its boot business now represents 37 percent of the total Brand Portfolio sales, down from about 47 percent last year, delayed at the start of the quarter by several late deliveries. “However, since that time, we’ve seen strong selling trends this fall,” she said. “Not surprisingly, Luxe boots have been driving the strength with casual booties and cold-weather styles leading the way.”

She also noted Sam Edelman experienced a “marked sequential improvement highlighting the heightened demand for its fall products, particularly boot styles,” noting that the brand’s new combat boot, the Garrett, was the number one new item released in October, according to NPD. Three other Caleres boots from Franco and Naturalizer also took top spots in the Top 10 new items during the month.

Sullivan also addressed the realignment of the Naturalizer brand. “As we continue to respond to the changing patterns of consumer demand, it was the moment to address Naturalizer’s store footprint. As a result, we recently made the decision to wind down most of our legacy Naturalizer retail brand stores in the U.S. and Canada. But, make no mistake, we continue to view the Naturalizer brand as a strong and value-driving component of our portfolio.” She said it would focus on growing the brand’s e-commerce through naturalizer.com and through its retail partner sites. “We expect the store closures to be complete by the end of fiscal year 2020 and anticipate savings of $10 million to $12 million per year,” she said.

“As we move into 2021, we expect to reallocate capital and resources to amplify our digital presence capturing the consumers where they want to shop, intensifying our e-commerce focus and then making sure we’re leveraging those capabilities across the Brand Portfolio,” Sullivan offered.

Consolidated gross margin was 39.7 percent of sales in fiscal Q3, compared to 40.4 percent in the third quarter of fiscal 2019. The 67 basis point decline was said to be due primarily to “increased penetration of e-commerce sales has continued liquidation of spring inventory.”

Famous Footwear had a gross profit margin of 40.9 percent in fiscal Q3, compared to a gross margin of 41.0 percent in the year-ago quarter. The decrease was said to be driven by the “increased penetration of e-commerce related business in the quarter as product margins were higher in-store and online.”

Caleres consolidated SG&A expense was $236.9 million in the quarter, representing a decline of approximately $38 million compared to the 2019 third quarter, which was reportedly driven by “store selling productivity and lower facilities, marketing and corporate expenses.”

Company third-quarter operating earnings were $20.1 million, or 3.1 percent of sales, compared to adjusted operating income of $44.4 million in fiscal Q2 2019.

Inventory was down 21 percent at quarter-end comprised of an 11 percent decline at Famous Footwear and a 36 percent decline for the Brand Portfolio segment, which was said to reflect “the ongoing liquidation of seasonal goods and our best efforts to prudently manage our inventory.”

Caleres reduced the outstanding balance on its revolver to $300 million at the end of the third quarter.

“Our cash balance of $124.3 million and our $600 million revolving lines of credit provide more than adequate liquidity for us to continue to navigate these uncertain times,” explained company SVP and CFO Ken Hannah. “Looking ahead, we expect to further our debt reduction during the fourth quarter and expect to end fiscal year 2020 with borrowings under our revolving credit facility back to pre-COVID-19 levels.” Hannah reminded the analysts that Caleres ended last year with $275 million borrowed against the facility.

Hannah said the Naturalizer exit will cost between $20 million and $25 million in pre-tax charges while delivering $10 million to $12 million in annual pre-tax benefits. “Excluding the impact of the Naturalizer closings and barring any further shutdowns associated with COVID-19, we would expect positive adjusted earnings per share in the quarter,” he suggested.

Sullivan added a bit of color surrounding the current trends in the market and the COVID-19 resurgence and its impact.

“We are closely watching the numbers in the regions where our stores are located, and we’ll follow local government guidelines when it comes to the operations of our stores,” Sullivan said, reflecting on the future. “We currently have 11 stores that have re-closed due to local mandates. While store closures may increase as we approach the holidays, we are confident that with our recent experience, disciplined cost approach and customer service options, we’ll weather whatever may happen in the coming weeks or months.”

Sullivan said it began the fourth quarter appropriately cautious with the business, but “confident in our ability to win with the consumer for the balance of the year and heading into next year.” She noted that the fourth quarter is 10 percent smaller on average and it expects sales will be lower sequentially, declining approximately 20 percent. Hannah suggested that Famous Footwear sales would be down between 10 percent and 15 percent in the fiscal fourth quarter, and Brand Portfolio sales were expected to be down between 25 percent and 30 percent for the period.

“There is still plenty of work to do as we close out 2020, but we’re excited about the potential for strong ongoing gains as we head into 2021,” concluded Sullivan. “As you would expect, we will continue to maintain that discipline with regard to the management of expenses while appropriately investing in the areas that we expect to give us a strong return on our investments, particularly to grow our digital business. While the risk of uncertainty persists and, in fact, in the near-term, there are a lot of conversations going on about what’s happening with COVID-19 again, we believe that with our strong cash generation and leaner inventory that we are well prepared to manage through this period and to take advantage of market conditions as they begin to normalize.”

Asics and Brooks in “Dead Heat” at Fleet Feet