Inside The Call: Hibbett Sports Hikes Guidance On Blowout Q3 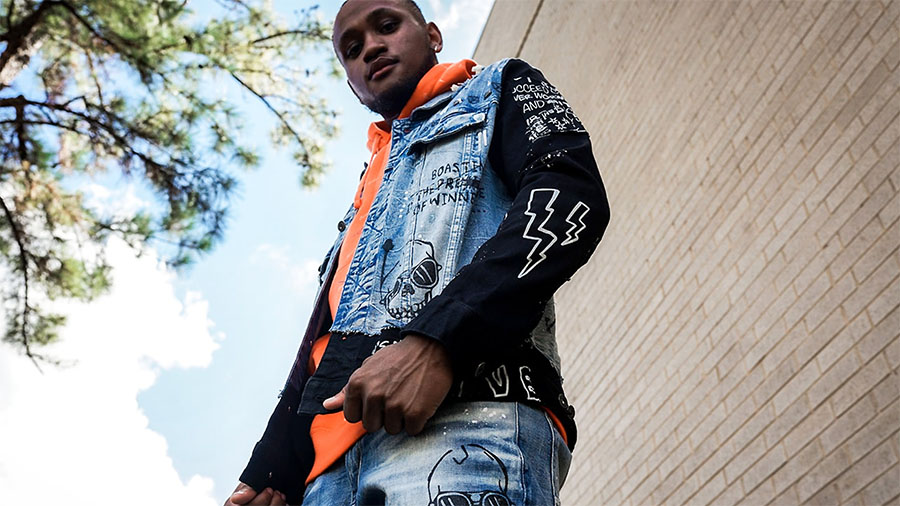 In the quarter ended October 31, sales increased 20.3 percent to $331.4 million, far ahead of Wall Street’s consensus estimate had been $286 million.

On a conference call with analysts, Mike Longo, president and CEO, said the increase in overall sales was positively impacted by continued strength in its omnichannel adoption, improved new customer retention, market disruption, and availability of in-demand products, which collectively helped increase the revenue per transaction in the quarter.

Elaborating on the drivers, Longo noted that as discussed during its second-quarter conference call when overall comps vaulted 79.2 percent, Hibbett believes the increase in sales was driven by several factors including the benefit of temporary closures earlier in the year by competitors when Hibbett focused on staying open as much as possible, accelerating consumer adoption of e-commerce, the rotation of spending from travel & leisure and entertainment into Hibbett’s categories, and the boost from the fiscal stimulus.

Said Longo, “That gave consumers, new and existing, even more reasons to shop with us. That manifested itself by driving traffic to our stores and to our website and yielded what we believe to be increased market share and higher sales.”

He said this also gave Hibbett the opportunity to retain many of those customers and drive higher sales volumes into the future with the aid of specific marketing efforts. Longo added, “In fact, our data shows that we’ve done a good job retaining these new consumers, so far. And, we believe, we have tailwinds in the future as well.”

He noted that in the third quarter, Hibbett began to see the effects of the closures of some JC Penney stores and all of Stage Stores department store banners. Longo said this presents an upside opportunity for Hibbett in both its fashion and athletic categories, and Hibbett’s merchant team made specific buys for those stores to handle the anticipated additional business.

Longo added, “Additionally, we see what we believe is continued consumer adoption of the omnichannel experience. This plays for our strength with our best-in-class omnichannel platform. And, finally, we believe that many of the new consumers we attracted last quarter, and continue to attract, will continue to shop with us in the future.  In total, we believe that these changes in the competitive landscape and changes in consumer behavior will result in approximately $20 million to $40 million in incremental sales opportunity that has only just begun.”

“Our toe-to-head merchandising strategy is working as we continue to see additional items in the basket leading to increases in average transaction growth,” said Briskin.

The apparel category delivered a comp gain in the mid-thirties. The increase was driven by gains in athletic branded apparel, fashion apparel, licensed products, and accessories. All genders were significantly positive.

From the athletic brands in apparel, Hibbett saw an acceleration in its performance and lifestyle businesses. Said Briskin, “Consumers responded positively to our fall assortment upon delivery and early selling of fleece, jackets and athletic bottoms was very strong. Our fashion brand performance was exceptional, and our focus on denim and fleece in our fall assortments were strong performers.”

The license business was a growth driver for Hibbett as caps and jerseys performed “exceptionally well” and offset declines in traditional fan business. Accessories also achieved significant growth as socks, hydration, underwear, and sunglasses all were significant gainers during the quarter.

Footwear comps grew in the low-twenties. The increase was driven by strong gains across performance, lifestyle, basketball, sandals, and boots. All genders were significantly positive with women’s footwear growth outpacing men and kids.

Briskin added, “In the performance business, our investment in technical running performed very well as we take advantage of the wellness trend. Lifestyle and basketball results remained robust during the quarter. During the quarter, the launch business was exceptionally strong. Slides and sandals remained very strong as our team did an excellent job of chasing inventory during what’s historically a sell-down period. All deliveries in our boot category also performed incredibly well.”

Specific to both footwear and apparel, the women’s business was its fastest-growing area with comp sales gains in the low-fifties. Men’s grew in the mid-twenties and kids in the high-teens. Said Briskin, “We’re very excited about future opportunities across all genders.”

Gross margin improved 560 basis points, to 38.3 percent, driven by higher sell-through, a low promotional environment, a reduction in inventory valuation reserves, and leverage of store occupancy expenses. These impacts were slightly offset by a higher mix of e-commerce sales which carries a lower margin due to incremental shipping costs. Excluding adjustments to its inventory valuation reserves in the current quarter, the non-GAAP gross margin was 38.1 percent, up 570 basis points, compared to the non-GAAP gross margin of 32.4 percent in the prior year.

SG&A expenses were reduced to 26.1 percent of sales compared with 29.1 percent a year ago. This decrease was the result of leverage gained from the strong sales performance as well as lower costs of acquisition and integration activities associated with City Gear. Excluding certain City Gear acquisition and integration expenses, comparable SG&A expenses on a non-GAAP basis decreased approximately 120 basis points to 26.0 percent. This decrease was also primarily due to leverage from the significant sales increase.

Hibbett ended the third quarter of Fiscal 2021 with $177.7 million of available cash and cash equivalents. As of October 31, Hibbett had no debt outstanding and full availability under its $75.0 million secured credit facility.

Inventory Age Levels Near Historic Lows
Inventory at the end of the quarter was $210.9 million, a 27.0 percent decrease year-over-year. Strong brick & mortar and e-commerce demand during the quarter was the main driver of the inventory reduction.

Briskin said inventory at the end of the quarter remained down with age levels approaching historic lows with increased sales and shipment delays continuing to pressure the chain’s inventory position.

“With that said, we’re very confident in the quality of our inventory and our outstanding deliveries,” Briskin. “We continue to expect inventory levels to improve throughout the fourth quarter.”

He added, “Our sales performance and inventory composition gives us confidence as we head into the fourth quarter. Increased confidence is also coming from the visual merchandising improvements we’ve made in our stores this year.”

By the end of the fiscal year, Hibbett will have remodeled 25 City Gear stores, 54 Hibbett stores and remodeled to a new prototype.

Said Briskin, “We’re seeing exceptional results from this prototype thus far as our ability to highlight and sell toe-to-head looks has been elevated. Increased focal points, improved graphics, numerous mannequins, and elevated sneaker walls are the highlights of this premium new store design.”

Briskin also said during the fourth quarter, Hibbett would deploy its “Store Refresh” plan, which elevates stores to a level similar to the new prototype with substantially less cost than a full remodel. The refresh consists of new tables and mannequins, new sneaker walls and new wall systems for the balance of the store. Said Briskin, “Our test rollout of this refresh not only looked incredible but improved our performance.”

Longo said, “With ongoing expected market disruption and improvements to our operations, we remain optimistic the positive momentum we have enjoyed for most of this year will continue through the remainder of Fiscal 2021. The direction of the pandemic is uncertain, but we will continue to adapt and safeguard our customers and team members while also striving to generate positive returns.” 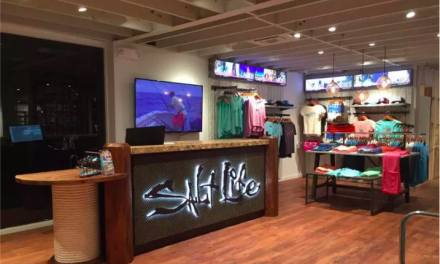 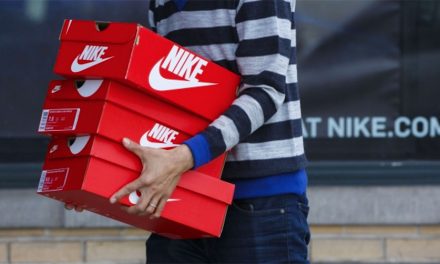 Nike Says ‘Just Don’t Do It’ To Some Major Accounts