Weyco Group, Inc. reported sales of its Bogs brand were up 20 percent in its third quarter ended Sept. 30. Companywide sales reached $91.2 million in 2015. This represents a 4 percent increase over third-quarter 2014 net sales of $87.4 million.

Net sales in the North American wholesale segment, which include North American wholesale sales and licensing revenues, were $74.6 million for the third quarter of 2015, up 10 percent as compared to $68 million in the third quarter of 2014. Within the wholesale segment, net sales of the Bogs brand were up 20 percent for the quarter, due to strong sales of its core products as well as positive acceptance of its new leather footwear. Net sales of the Stacy Adams brand were up 10 percent for the quarter, driven by strong new product sales. Florsheim and Nunn Bush net sales were up 4 percent and 1 percent, respectively, for the quarter.

Wholesale gross earnings were 31.4 percent of net sales in the third quarter of 2015, as compared to 31.7 percent in last year's third quarter. Gross margins in the United States increased from 30.7 percent last year to 31.6 percent this year, however, this increase was offset by lower gross margins in Canada. Gross margins in Canada continue to be affected by the weaker Canadian dollar, however, gains recorded on foreign exchange contracts partially offset the impact of the weaker Canadian dollar this year. Driven by higher sales volumes, wholesale earnings from operations rose 10 percent to $8.2 million in the third quarter of 2015, from $7.4 million in the same period last year.

The North American retail segment represents a small portion of the company's overall business, with retail segment net sales comprising only 5 percent of total net sales. Net sales of this segment, which include sales from the company's Florsheim retail stores and its internet business in the U.S., were $4.8 million in the third quarter of 2015, down 11 percent as compared to $5.4 million in 2014. The decrease was due to three fewer domestic retail stores operating this quarter compared to last year's third quarter, as well as a 5 percent decrease in same store sales. Retail earnings from operations were $402,000 this quarter, down from $638,000 in last year's third quarter, due to lower net sales at the company's brick and mortar stores. 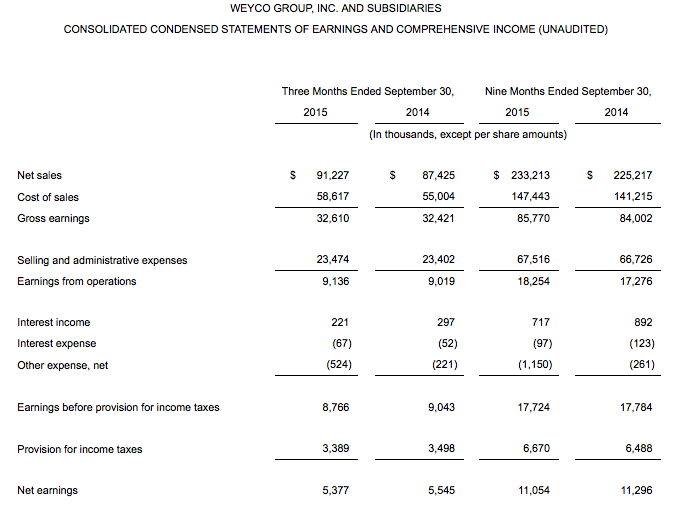 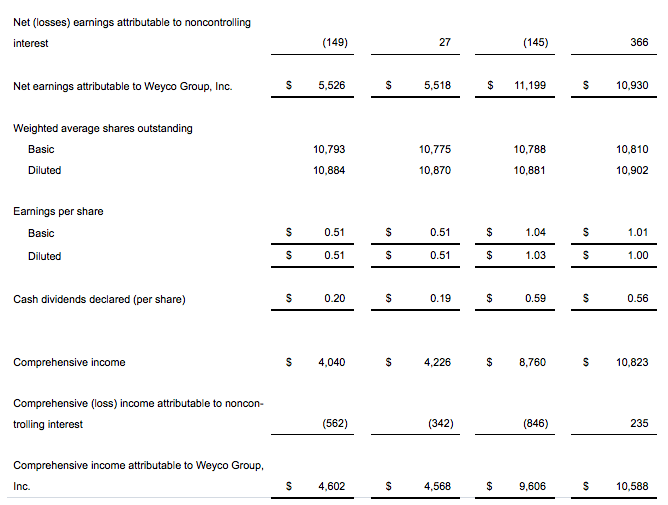 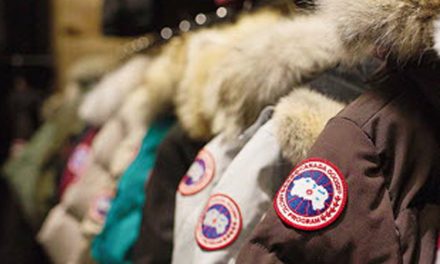