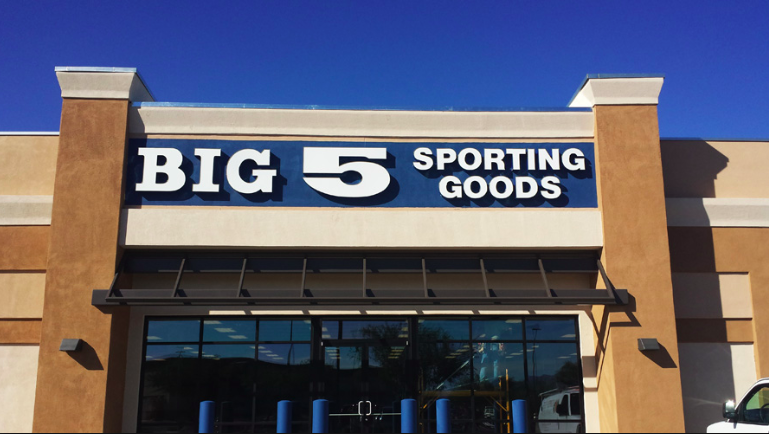 Shares nonetheless fell 81 cents, or 17.3 percent, to $3.87 in over-the-counter trading on Wednesday. One negative, according to Big Five officials, was that sales in the baseball category have been soft so far this year although the arrival of warm weather is expected to drive a recovery.

On January 14, Big 5 reported its November/December sales and lifted its guidance for the fourth quarter as sales picked up in December with the arrival of winter weather, particularly post-Christmas. Officials also indicated at the time that favorable seasonal winter weather was providing a lift to sales in early January.

Steven Miller, chairman, president and CEO, said Tuesday evening on the retailer’s fourth-quarter conference call, “I am pleased to report that this momentum has continued to provide us with a very strong start to the year. Our turns team has done an outstanding job of merchandising and operating our stores to take advantage of the opportunity the winter weather conditions have presented.”

Excluding non-recurring items, Big 5 widened its loss in the fourth quarter ended December 30 to 16 cents a share from a loss of 10 cents a year ago.

In updating guidance on January 14, Big 5 said it expected a loss between 15 to 17 cents per share, which compared to previous guidance calling for a loss in the range of 15 to 25 cents.

Both periods included non-recurring items. The net loss in the latest quarter came to $5.1 million, or 24 cents, following after-tax charges of $1.4 million for asset impairment and contract termination costs and $300,000 for a deferred tax valuation allowance for certain income tax credits. The charges came to 8 cents per share.

In the 2017 fourth-quarter, the net loss was $13.0 million, or 62 cents, which included after-tax charges totaling $10.9 million, or 52 cents per share, primarily related to the revaluation of deferred tax assets as a result of the new Tax Act and goodwill impairment.

The higher loss excluding charges reflected a decline in gross margin to 28.5 percent from 30 percent. The reduction largely reflects lower distribution costs capitalized in inventory as a result of reduced inventory levels. Inventory purchases for this season were adjusted for the winter-related product carryover from last year. Additionally, merchandise margins for the quarter decreased 11 basis points year over year.

SG&A expenses excluding non-recurring charges in both periods achieved modest expense leverage due in part to a $1.6 million reduction in advertising expense. On a reported basis, SG&A expense was lowered to 30.9 percent versus 33.3 percent a year ago. SG&A in the latest quarter decreased $4.5 million primarily due to asset impairment charges totaling $5 million in the prior year compared to asset impairment and contract termination charges totaling $1.9 million in 2018.

Sales improved 1.7 percent to $247.1 million. Same-store sales increased 1.1 percent during the quarter with an improving trend seen over each month of the period. Same-store sales decreased low single-digits in each of October and November and then increased mid-single digits for December due to “outstanding winter product sales later in the month,” according to Miller.

A slight increase was seen in both customer transactions and average sales. Among categories, apparel led the way, up high-single digits and driven by seasonal outerwear. Footwear was up in the positive low-single digits, but hard-good comps were off low- single digits. The hard goods category continues to be impacted by softness in firearms.

For the full year, sales eased 2.2 percent to $987.6 million. Same store sales decreased 2.7 percent partly due to lower sales of cold-weather winter products in the first quarter of 2018 that resulted from unfavorable warm and dry weather conditions in most of its major markets

The latest year included 9 cents a share in non-recurring charges related to the write-offs taken in the fourth quarter as well as a deferred tax asset write-off related to stock compensation in the 2018 first quarter of $200,000. The prior year included the charge of 52 cents per share in the year-ago fourth quarter. Excluding the charges, the loss would have been 8 cents in 2018 versus earnings of 57 cents in 2017.

Regarding store activity, Big 5 opened one store in Sacramento in the fourth quarter and closed one in Paradise due to the Northern California wildfires. It closed the quarter with 436 stores. Plans for this year call for opening five and closing four.

Looking ahead, Miller cited four key initiatives the retailer is focusing on “as we navigate the dynamic retail environment.” They include:

The guidance assumes an anticipated small positive impact as a result of the calendar shift of the Easter holiday. Given the anticipated sales performance and year-over-year reduction in inventory levels for the first quarter, quarter-end debt levels are projected to decline to below $50 million, compared to $68.9 million at the end of the first quarter last year.

Miller said the Big 5 is currently seeing comps climb in the low-double digits quarter to date. The momentum in its winter business has continued into February with “very favorable winter weather conditions” throughout its markets. The retailer has seen “tremendous sell-through” of winter inventory, including the inventory carried over from last year.

Big 5 is facing easy comparisons with weather conditions “exceptionally unfavorable” in the first two months of the 2018 first quarter. In March, comps become tougher due to the arrival of an “extremely strong late season winter sales” in March 2017.

He expects Big 5 will be able to offset the challenging year-ago March quarter with solid sales of spring-related products, particularly in our baseball category. Baseball has been soft for the first two months due to the winter weather and rain that has caused some leagues to fall behind schedule but the arrival of warmer weather is expected to support a recovery in March. Said Miller, “The key for us to offset the strength of our winter business for March is that we pick up in our baseball business which to a large degree is going to be dependent on yet a more normalized weather patterns moving from the winter that we’ve been experiencing to warmer and dryer spring-like condition.” 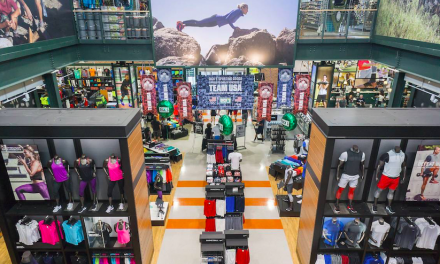 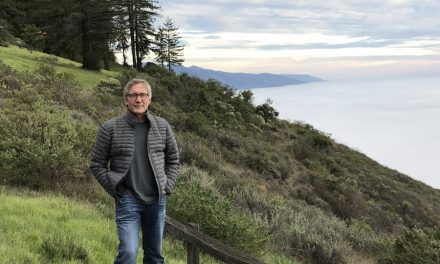