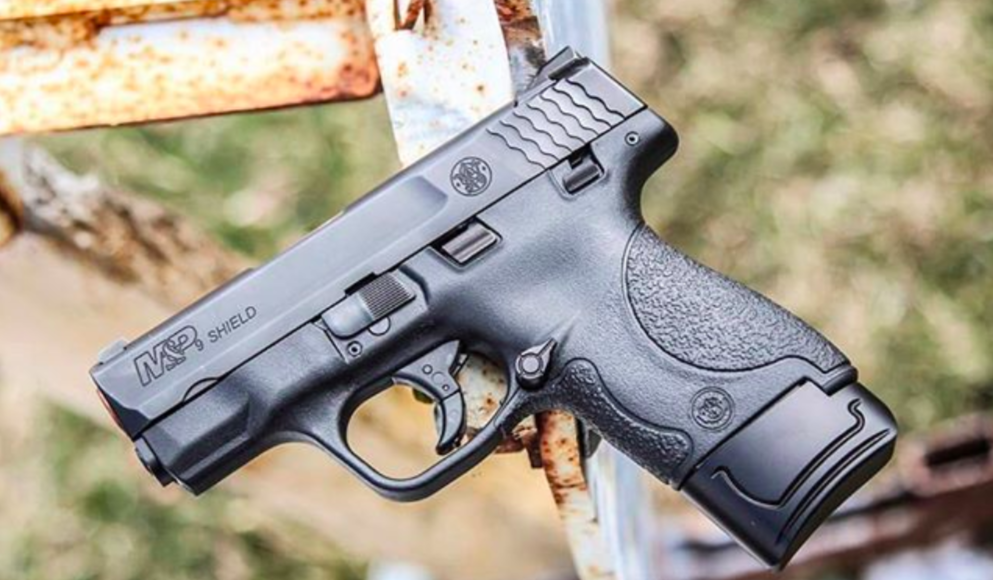 American Outdoor Brands wrapped up a challenging year with a fourth quarter that came out well ahead of guidance. But James Debney, president and CEO, said the beat was largely driven by promotions and he still sees flat demand for firearms despite May’s uptick in firearms background checks.

As reported, NICS background checks, as adjusted by the NSSF, were up 0.7 percent in May, offering some hope that the politically-driven weakness in firearms linked to the election of Donald Trump had stabilized. Checks in January 2019 were also 3.4 percent, marking the first year-over-year improvement since March 2018, but then declined over the next three months.

On a conference call with analysts, Debney cautioned that while NICS appears to be following typical seasonality, this was the second lowest May for adjusted NICS in the past five years, indicating that the consumer market for firearms remains soft.

“At the moment it’s fairly flattish and we stick by that,” said Debney. “Yes, May was up but as you stack it up against prior years, it still ranks pretty low. That’s what leads us to the conclusion that we believe the market is soft and we are in that summer period as well which all know is the seasonal slow period. And it’s always difficult to predict how things will go once we enter the cooler months, you know, go into the fall and hunting kicks in and so on, back into the holiday, gift-giving season which is always where we see the most sales at retail. So I think we just maintain that flattish outlook. Yes, you could take some encouragement away from the May result. Yes, it was certainly a positive year-on-year but I don’t think we know enough yet. We just don’t have enough data points.”

In the quarter ended April 30, earnings on a non-GAAP basis rose 6.7 percent $14.2 million, or 26 cents per share, well ahead of guidance in the range of 11 to 15 cents. Adjusted income excludes a number of acquisition-related costs and other costs.

Revenue in firearms was $140.7 million, an increase of 4.8 percent. Revenue in OP&A (Outdoor Products & Accessories) was $42.2 million, a decrease of 3.4 percent from the prior year. Excluding Crimson Trace, the OP&A segment was up 3.3 percent. As reported, the company is restructuring Crimson Trace into the OP&A division, including moving the Crimson Trace front offices in Oregon to Missouri

On the call, Debney said American Outdoor Brands “had a lot of promotional activity” in the quarter that drove top-line growth and supported the earnings growth. He said, “A lot of that came in at the very end as people were trying to get in under the wire as the promotions were ending at the end of our fiscal year.”

“We also believe we are a mix of biased market,” the CEO elaborated. “Distributors and retailers are accustomed to carrying lower levels of inventory than in the past as they await promotional deals. Since the end of Q4, distributor inventories have increased on our current weeks of sales at distribution or above our eight-week threshold.”

“Fiscal 2019 was a year that presented several challenges for the firearms industry, including changes in the political environment and reduced consumer demand for both firearms and the accessories attached to them, such as lights, lasers and scopes,” said Debney in his opening comments. “Despite that backdrop, we delivered year-over-year growth in revenue and gross margin, and we believe we gained market share. And importantly, we made significant and exciting progress toward our long term strategy of being the leading provider of quality products for the shooting, hunting and rugged outdoor enthusiast.

He particularly called out the success of the M&P 380 Shield EZ that is driving growth for the Shield family of products. Several bundled promotions were also successful, with the most impactful being the M&P Shield 380 EZ with a Crimson Trace laser sight combined with a handgun safe and M&P knife and an M&P flashlight. For the full year, consumer demand for firearms remained weak in as indicated by a year-over-year decline in adjusted NICS background checks 8.8 percent, but the company’s units shipped into the sporting goods channel increased 4.2 percent.

A second theme was simplifying its go-to-market process and that’s marked by the ongoing consolidation of its logistics and customer service operations to a single location in Missouri. The remainder includes investing in its digital infrastructure, fine-tuning its capital structure and acquisitions.