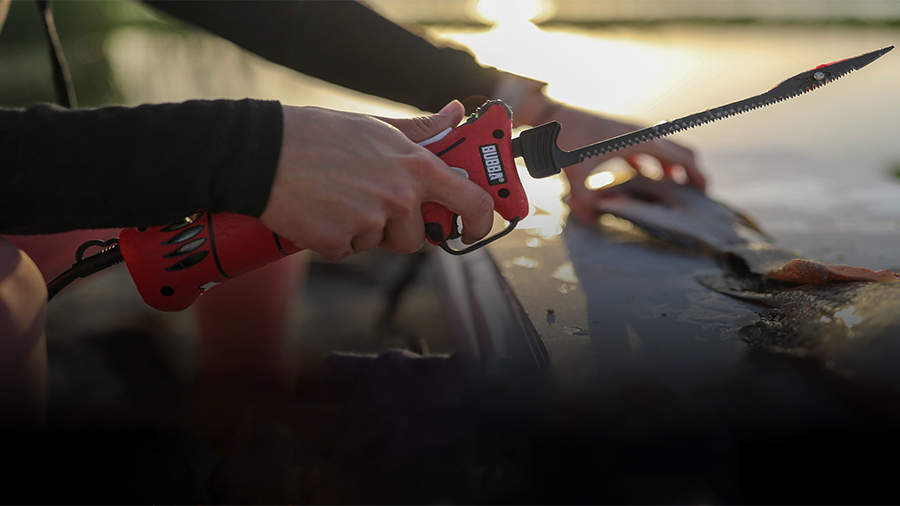 “The markets we serve, personal protection, shooting sports, camping, hunting, and fishing, have benefited from a new higher level of participation that began in our last fiscal year and continues to provide us with an expanded consumer base containing millions of new firearm owners, campers and fishing license holders,” said company President and CEO Brian Murphy, a 2016 SGB 40 Under 40 honoree. He also called out the increased reach for its brands into adjacent markets with new consumers such as land management, meat processing and home security.

Fiscal first-quarter sales grew 20.4 percent to $60.8 million from $50.5 million in the prior-year comparable quarter. Sales surged 82.9 percent over the comp quarter two years ago. On a conference call with analysts, company CFO Andrew Fulmer suggested that the increase was driven by higher demand in the outdoor products market combined with consumer preference for the 20 brands across its portfolio.

“We believe our results demonstrate the alignment of our brands with strong consumer trends in personal protection and popular outdoor lifestyles as well as the ability of our Dock & Unlock process to fuel innovation and drive organic growth,” Murphy shared on the call. “Our top-selling products this quarter came from each of our four brand lines, demonstrating the diversity of our brand portfolio as well as our diversity across multiple consumer activity driven markets. We believe the diversity will serve us well as we continue to expand into larger addressable markets to have the ability to transcend near-term secular trends.”

AOUT’s brands are organized into four lines; Defender, Marksman, Harvester, and Adventurer, each focused on a specific consumer type.

“We believe the strength in our traditional channel in Q1 was driven primarily by store reopenings,” Murphy said. “Net sales in the channel grew 70 percent over the prior year and 96 percent over the first quarter two years ago. We believe store re-openings positively impacted our International business as well, where recent investments to expand the size of our team and enhance our ability to source new customers are paying off.”

The CEO reported that International sales grew from 4 percent of fiscal Q1 net sales last year to 7 percent of Q1 net sales this year. “On a two-year basis, International net sales delivered remarkable growth of nearly 239 percent,” he shared. “As we have said before, we believe the international market holds tremendous growth potential for many of our brands, and we continue to explore those opportunities aggressively.”

AOUT saw sales in the e-commerce channel decline in Q1 versus the year-ago quarter, largely due to “an anomaly” that occurred in the prior year. “You’ll recall that Q1 last year included the strong replenishment of inventory for one of our largest customers, a major online retailer, who hadn’t placed orders for a full month in the preceding period, choosing to purchase only items they deemed essential during that time, Murphy explained. “So our e-comm results for Q1 of last year reflected our ability to replenish that retailer’s inventory quickly. We believe a more accurate comparison for our e-comm growth in the current period is the two-year comparison which removed that anomaly and reflects the growth of 55 percent over our first quarter of fiscal 2020.” He also noted that its DTC platform, included in its e-commerce numbers, exceeded management’s expectations in the quarter, delivering solid growth over the prior year. He said the investment made long ago in its websites continues to drive results.

Murphy went on to talk about the company’s Bubba brand and its move into the saltwater fishing rods market launched at the recent ICAST show. “Our entry into fishing rods is the direct result and just one example of employing our Dock and Unlock strategy to drive innovation and provide entry into new markets,” he said on the call. He also shared that Bubba received a “best in category” award for Best Cutlery, Hand Pliers and Tools for its Bubba Pro series cordless Electric Fillet Knife, shown above. Lastly, Murphy noted that its Old Timer brand launched its first electric fillet knife during the first quarter.

Fiscal first-quarter gross margins were 47.7 percent of net sales, a 70 basis point increase over the year-ago comp period, driven by improved manufacturing efficiencies, favorable excess, obsolete inventory adjustments, and lower spending, offset by customer mix and increased freight costs, according to Fulmer. He followed up by saying the absence of promotions in fiscal 2021 continued in the fiscal 2022 first quarter, helped drive higher gross margins. “Looking ahead, we expect to return to more normal promotional levels in fiscal 2022, and that expectation is incorporated into our guidance,” he said.

GAAP operating expenses for the quarter were reported at $24.8 million, compared to $21.3 million in fiscal Q1 last year. The increase was said to be driven primarily by higher variable selling and distribution costs from the increase in net sales; new employees hired in fiscal 2021 to support growth; and increases in stock compensation and standalone G&A costs offset by a reduction in intangible asset amortization.

“Adjusted EBITDAS for the quarter was $9.6 million at a margin of 15.7 percent and was consistent with our expectations,” Fulmer said. “This compares to adjusted EBITDAS of $8.7 million or a margin of 17.3 percent for the prior-year [period].” Adjusted EBITDAS margin would have been 15.8 percent last year, or roughly flat year-over-year, if the lease of its Columbia facility was treated as an operating lease last year as it is now.

AOUT ended the quarter with $56.3 million in cash and had no borrowings on its line of credit compared to $60.8 million in cash at the end of the prior year. Fulmer said the company was “pleased” with the number considering it could strategically invest $17.7 million in inventory of high volume products in the fiscal first quarter.

“Last quarter, we discussed our plan to build inventory in fiscal 2022 in support of new product launches and to mitigate the numerous risks in the supply chain from port congestion and container shortages,” Fulmer said. “This is an important investment designed to protect our business as we foresee a likely continuation of these challenges in fiscal 2022. Accordingly, in Q2, we will continue to build up our inventory of high-volume products with our typical seasonal build.”

“We incurred increased freight costs in Q1, which is nearly impossible to avoid in this environment, but the team effectively employed a variety of freight alternatives, ensuring we invested appropriately to get the products we needed,” Murphy added. “Their work helped us to build up inventories, an initiative we’ve been working on for the past few quarters. That effort will continue in Q2 as we further invest in inventory of our highest volume products, support product launches I referenced, prepare for seasonality in our business and further mitigate supply chain risk.”

AOUT reaffirmed its fiscal 2022 guidance, estimating that net sales for the full year will be in the range of $280 million to $295 million, which, at the midpoint, would represent growth of roughly 4 percent over the prior year and growth of nearly 72 percent over the previous year.

The company expects Q2 and Q3 operating expenses to increase from Q1 levels due to increased travel, advertising and brand initiatives and trade shows, including SHOT Show in January 2022.