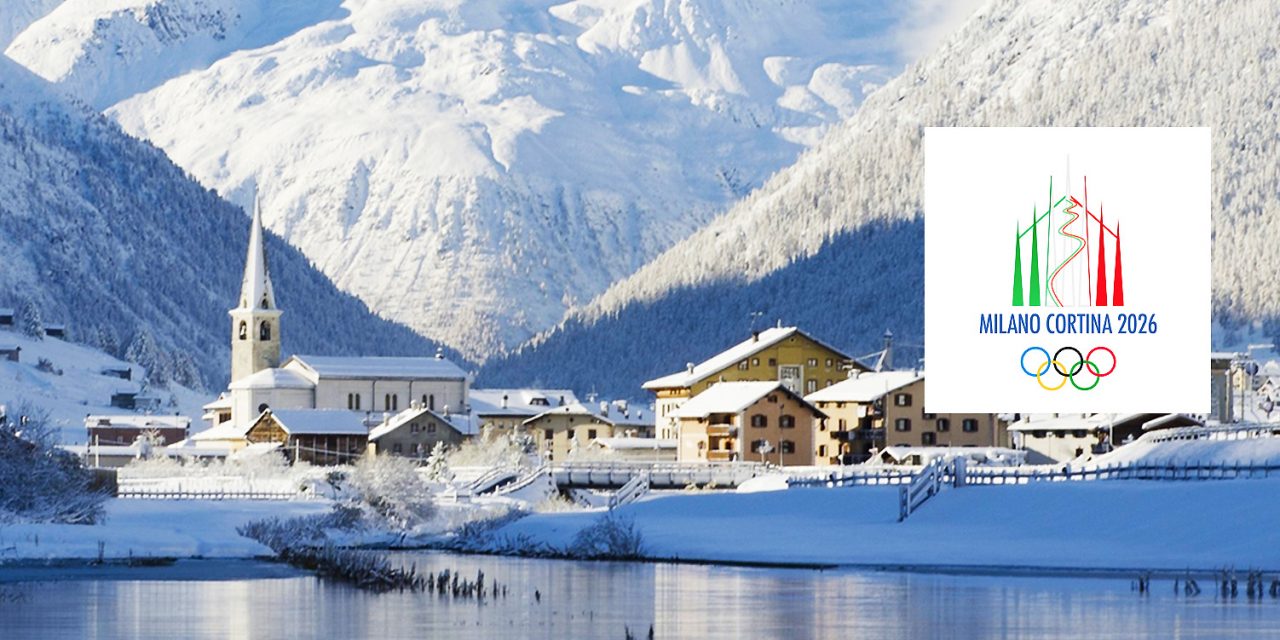 Milan-Cortina, Italy, will host the Olympic Winter Games 2026, a decision announced during the 134th Session of the International Olympic Committee (IOC) in Lausanne, Switzerland.

Peak Resorts Inc. announced revenue for the fiscal 2019 fourth quarter increased 52.5 percent year-over-year to $85.5 million as the company benefited from the addition of Snow Time for the full quarter as well as organic revenue growth of roughly 11.1 percent over the prior-year period.

Nike halted the sale of a limited-edition range of footwear in China after its Japanese designer showed support for Hong Kong protests in an Instagram post.

StockX, the sneaker re-selling website, closed on a $110 million Series C funding round. The company also announced the appointment of Scott Cutler as CEO.

The Running Industry Association announced the Best in Show Awards from the inaugural KICK Show hosted in Denver, CO, June 3-6.

Navico, parent company to the Lowrance, Simrad, B&G, and C-MAP brands announced that its board of directors has appointed Knut Frostad as president and CEO.

Seattle-based outdoor and action sports retailer Evo announced it will partner with Bouldering Project to bring a world-class bouldering gym to its new Campus SLC.

Nike agreed to a long-term extension to remain the official football kit supplier for Paris Saint-Germain (PSG) until 2032.

Brunswick Corporation announced the brand completed the previously announced sale of the Fitness business to KPS Capital Partners LP, a private investment firm, in an all-cash transaction, for approximately $490 million.

In an interview with the New York Post, Lids’ CEO Tom Ripley said plans to reduce the retailer’s mix of caps tied to professional and collegiate teams to half of the sales from 75 percent would be within two years in favor of fashionable headwear.

Spy is increasing its focus on the optical market in Canada and shifting distribution efforts to its recently strengthened Canadian-based sales force.

The National Council of Textile Organizations commended the Senate for passing the National Defense Authorization Act of Fiscal Year 2020, which strengthens the Berry Amendment by setting compliance requirements to all Department of Defense acquisitions at or above $150,000.

Belle International, the Chinese footwear retailer, filed plans to spin off its sportswear business through an initial public offering in Hong Kong, according to Reuters.

BibRave and AfterShokz created and launched Making It: An AfterShokz Podcast Series by BibRave.

Snowsports Industries America (SIA) testified at a hearing at the International Trade Commission in Washington, DC, urging the commission to reconsider their approach to the List 4 tariffs currently proposed on over $300 billion worth of Chinese goods.

The board of directors of South County Trojans Elite Youth Football, based in Mission Viejo, CA, announced that the organization has established a partnership with Under Armour.

Major Series of Putting (MSOP), an open tournament based in Las Vegas, announced Biion Footwear as the Official Shoe of the Tour and Championships for the 2019 season.

Nike Inc. appointed John Schweitzer as CEO and CFO of the Hurley brand, according to Shopeatsurf.com.

Asics Corp. announced that Asics Ventures Corporation, the brand’s investment subsidiary, has taken an equity stake in Curv Labs Inc., a Canadian startup that has developed software to capture motion.

New Balance secured tax breaks to support the opening of a new manufacturing facility in Methuen.

Cherokee Global Brands announced that it will be changing its name to APEX Global Brands to reflect the company’s expanded brand portfolio, marketing and design services, effective June 27.

In an interview with Business Insider, Meek Miller, the rapper, announced that he had become a Co-owner of Lids, the hat chain.

Gear.com announced the launch of the brand’s Give-A-Buck Scholarship Program.

Xenith, the maker of football helmets, announced the formation of the company’s inaugural Scientific Advisory Board.

Former Billabong CEO Matthew Perrin was released from jail a year before his parole eligibility date according to the Sydney Morning Herald.

This July, Amazon will host the company’s longest Prime Day in the brand’s history with 48 hours of deals. Prime Day runs for two days starting midnight on July 15.

Invest Outside, a new nonprofit on a mission to get more Americans outdoors, launched the Outside I Can campaign in partnership with a growing number of businesses, foundations and organizations, including REI and OIA.

MIPS agreed to purchase GlideWear from Tamarack Habilitation Technologies Inc. for an estimated $1 million, according to Bicycle Retailer and Industry News.

The National Retail Federation welcomed legislation that would strengthen congressional authority over tariff increases like those imposed by the Trump administration during the past year.

Puma said it’s aiming for a 35-percent reduction of the brand’s greenhouse gas emissions by 2030, a target which was approved by the Science Based Target initiative (SBTi).

Standard & Poors Corp. raised Academy Sports‘ debt ratings to ‘CCC+’ from ‘SD’ (selective default), as expected, a few days after lowering its rating following the retailer’s repurchase of a portion of the company’s senior secured term loan facility due 2022.

The National Federation of State High School Associations (NFHS) will conduct its 100th Summer Meeting June 28 to July 2 in its hometown of Indianapolis, IN.

Running USA announced its newly elected board of directors, who will begin service to the nonprofit next month.

Under Armour signed on as the title sponsor of the TransRockies Run.

Nike Inc. will sign on with the Fashion Industry Charter for Climate Action, a commitment under the United Nations Framework Convention on Climate Change.

Lacrosse Unlimited will expand the brand’s institutional sales team with the addition of James Laverty, director of southeast sales.

BrainScope announced the appointment of Susan Hertzberg as CEO.

Garmin International Inc. announced that Forbes recognized the company as the No. 1 Employer in the State of Kansas in its inaugural ranking of America’s Best Employers by State.

Mondaine in Strategic Partnership with Luminox