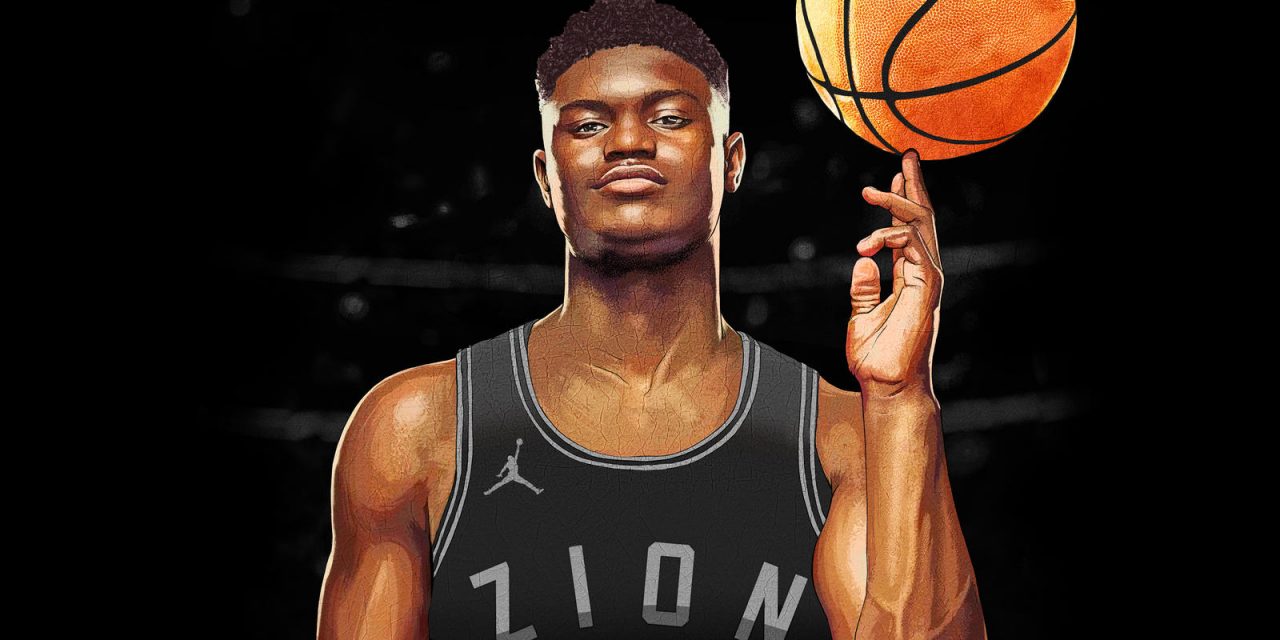 Zion Williamson, the top pick in the 2019 NBA Draft, signed a deal with the Jordan Brand, Nike announced Tuesday. “He’s an essential part of the new talent that will help lead the brand into the future,” said His Airness, Michael Jordan.

CannTrust Holdings Inc., a licensed producer of medical and recreational cannabis in Canada, appointed Robert Marcovitch to the role of interim CEO. Marcovitch was most recently the president and CEO of K2 Sports.

Athletic Propulsion Labs (APL), the Los Angeles-based sneaker brand, is opening its first store at the Grove in LA.

Li Ning, the Chinese sporting goods giant, signed RJ Hampton, a projected lottery selection in the 2020 NBA Draft, to an endorsement deal, according to ESPN. The retired Dwyane Wade in 2018 inked a lifetime deal with the brand. C.J. McCollum is Li Ning’s most prominent active player.

The American Apparel & Footwear Association, Outdoor Industry Association and the National Retail Federation joined with more than 600 other trade organizations in a letter to Congress supporting approval of the U.S. Mexico Canada Agreement (USMCA).

Kitsbow, the maker of premium cycling clothing and accessories, announced the addition of Jim Gingrich to the Kitsbow board of directors as well as the promotion of Tim Clark to vice president of product and design.

About 9,700 Cannondale CAADX Cyclocross Bicycles sold in the U.S. are being recalled, according to a press release from the U.S. Consumer Product Safety Commission.

The Conservation Alliance identified four campaigns for heightened attention during the current Congressional session. The four priorities would protect and defend wild places in Alaska, Montana, Utah, and Colorado.

The National Governors Association (NGA) announced the launch of the Outdoor Recreation Learning Network to help governors and their staffs leverage their unique natural, cultural and historical resources to advance economic, workforce, health and environmental benefits.

Brunswick Corp., in the company’s first report since spinning off its fitness segment, reported consolidated net sales of $1.16 billion, up from $1.15 billion a year earlier.

Nike Inc. is exploring the sale of Hurley International, the surf brand acquired in 2002, according to a report from Reuters. The move follows prolonged weakness in the overall action sports market.

Echelon Fitness, a specialist in indoor cycling technology, received an investment from North Castle Partners. The growth capital will bring Echelon’s total valuation to over $100 million.

Topgolf Entertainment Group will continue expansion in Florida with the announcement of two new venues in Lake Mary and St. Petersburg, FL.

Moncler S.P.A., the Italian-based based brand known for down jackets and sportswear, reported earnings grew 16 percent in the first half as sales jumped 13 percent on a currency-neutral basis.

UNLV agreed to a three-year contract extension with Nike.

Shaun White, the legendary snowboarder, is looking to compete in the first-time Olympic skateboarding events at the 2020 Tokyo Games.

Winmark Corp., the parent of Play It Again Sports, announced that its board of directors approved an increase in the company’s regular quarterly cash dividend to shareholders.

Ross Stores Inc. announced the recent opening of 22 Ross Dress for Less and six dd’s Discount stores across 10 states in June and July.

Synchrony and Fanatics launched the FanCash Rewards Card by Fanatics, a new offering that will provide fans with a customized payment method for licensed sports merchandise, memorabilia and collectibles and sports experiences.

More kids and families facing cancer will experience the healing effects of nature in supportive camp environments, thanks to a partnership between KOA Care Camps and Winnebago Industries’ teams at Winnebago, Grand Design RV and Chris-Craft.

Gap Inc. announced that Nancy Green, who currently leads the Athleta brand, will shift in early August to a newly created role as president and CEO of Old Navy.

According to Ypulse‘s recent survey on sports and athletics, Serena Williams ranked as the favorite athlete among Gen Z and Millennial (13-to-36-year-olds) for the first time. The remaining top five were Lionel Messi, Steph Curry, LeBron James and Cristiano Ronaldo.

We Are Golf, a coalition of the game’s leading associations and industry partners, announced the 13th annual National Golf Day will be held May 6, 2020, on Capitol Hill in Washington, D.C.

Virginia became the 15th state to establish an office or task force dedicated to strengthening the outdoor industry, and the third on the East Coast.

The Surfrider Foundation, a nonprofit organization dedicated to the protection of clean water and healthy beaches, hired Jennie Romer as a legal associate for the organization’s Plastic Pollution Initiative.

Skechers is collaborating with Shaquille O’Neal on the Shaq by Skechers collection, the first line of kids’ athletic footwear designed for the basketball court under the Skechers Kids brand.

Stage Stores Inc. plans to convert an additional 100 stores to Gordmans off-price in 2020, bringing the total number of 2020 off-price conversions to 250.

The Sustainable Apparel Coalition, an association representing the apparel, footwear and textile industry in sustainability, announced that its board of directors confirmed the appointment of Amina Razvi as executive director.

According to a study from The Genius of Play, a nonprofit initiative dedicated to raising awareness of the importance of play, 75 percent of children under 12 are not getting enough active free play, such as running around or riding bikes.

Anta Sports Products Ltd. issued preliminary results for the first half ending June 30 showing that profits from operations are expected to increase not less than 50 percent as sales grew 35 percent.

The Golden State Warriors and Fanatics announced a long-term partnership that will make Fanatics the exclusive operator of all Warriors Shop locations throughout the Bay Area.

Sportsman’s Warehouse set the grand opening celebration of a new store in Fort Wayne, IN, for July 25-27, 2019.

Nike Harajuku, one of Nike’s most popular Japanese doors, reopened with an expanded layout and enhanced services similar to June’s refitting of NikeTown London.