Zumiez, Inc. posted less than stellar results for fiscal December as the consumer buying trend analysts worried over, in which the weeks between the Thanksgiving and Christmas holidays proved to have little draw, played out. Following the slow turnout mid-month, the retailer was forced to lower its earnings guidance by approximately 11% for the full fiscal year.


The retailer saw comparable store sales for the month of December increase 3.9%, but well off the 11.5% growth seen in the year-ago month.  Comps were negative in the first three weeks of fiscal December, before turning double-digit positive for the two weeks after Christmas. An increase in average unit retail helped drive the comp store sales gain, while new stores added to the overall sales growth for the month.
Total sales for the period increased 15.3% over fiscal December period last year to $72.0 million compared to $62.5 million for the same period last year.
ZUMZ noted that comps for a comparable five-week period would have jumped 18.4% when excluding the impact of the 53-week year in 2006.  The company offered a bit more detail than usual on a category breakout, saying that men's, juniors and accessories all comped positive for the month, but those strengths were somewhat offset by negative same-store sales in shoes, skate and snow hardgoods.
Looking at the years end, Zumiez not anticipates fiscal 2007 diluted earnings per share in the range of 82 cents to 83 cents compared to fiscal 2006 earnings per share of 73 cents. Earlier guidance held the company reaching diluted earnings per share of 92 cents to 94 cents per diluted share. The company attributed the reduced guidance to “lower than planned sales and to a lesser extent lower than planned gross margins,” offset slightly by expected reductions in SG&A. The new guidance assumes a low-single-digit same-store sales increase for January. 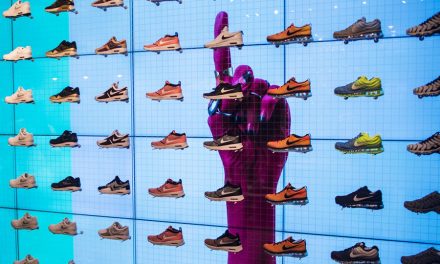