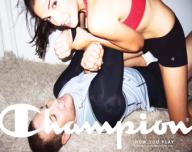 Zevo Golf’s clubs were known for their distance but the company’s marketing came up short.


Outgunned by bigger companies with much bigger advertising budgets, the Temecula maker of golf clubs, drivers and accessories found itself in the rough before it was sold late last month to Texas-based retailer Golfsmith International Inc. for an undisclosed amount.


The Hoffee family decided to sell their golf company earlier this year so it could focus on the expansion of its core business, Professional Hospital Supply, which shared a 300,000-square-foot building in Temecula, Michael Hoffee, former president of Zevo, said by phone.


The family plans to add 100 jobs to its existing 800-person workforce this year. It will also add 150,000 square feet of warehouse space and fill the void left by Zevo, Hoffee said.


Professional Hospital Supply needs to expand to accommodate its successful medical inventory business that serves California, Nevada, New Mexico and Arizona. The expansion will also serve its rapidly growing medical tray division. The trays are used during operations and come assembled, sterilized and customized for the doctor and procedure, Hoffee said.


The Hoffee family purchased Zevo Golf in 1996 and moved the small company from Vista to Temecula as a way for the family to indulge their passion for golf.


Initially, they focused on custom fit clubs, but its owners wanted to pursue a larger market. After several years of development, Zevo created its Flying Buttress line of irons and its Compressor titanium driver.


“It’s amazing they held on this long,” Donahue said by phone. “They didnt have the marketing push,” and was unable to spend enough to gain a professional player’s endorsement.


Just as it was rolling out its Compressor clubs last year, Zevo became embroiled with the United States Golf Association over approving the size of the clubs and Zevo’s performance-enhancing technology. Eventually the association approved the clubs, said Hoffee, but the battle hurt the advertising campaign.


At roughly the same time, Nike introduced its line of clubs, backed by the game’s top player, Tiger Woods.


“We were holding our own but it was a definite struggle,” Hoffee said. At the time of the sale the company had only a few employees left.


Golfsmith approached the Hoffees earlier this year but it took months to finalize a deal because of the number of patents that had to be transferred, Hoffee said.


During the past year when the unstable economy has many manufacturers struggling, Goldsmith has been acquiring golf equipment makers to broaden its product line, Donahue said. The company carries Callaway, Ping and Nike, but also markets its own line of golf equipment developed by companies it has purchased, such as Lynx.


On Sunday, Goldsmith began marketing existing Zevo merchandise at its 26 stores, through its catalog and online. The company plans to market new products under the Zevo brand and incorporate Zevo’s technology in clubs sold under the Lynx, Snake Eyes, Goldsmith, Harvey Penick and Killer Bee names, according to a Goldsmith announcement.