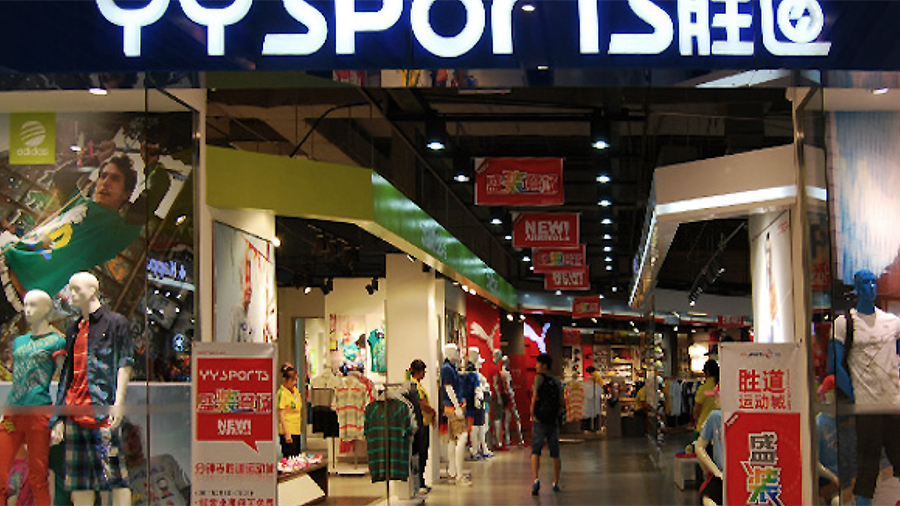 Yue Yuen Industrial (Holdings) Limited recorded revenue of US$4.81 billion in the six months, representing an increase of 17.7 percent, compared with the corresponding period last year. The increase in revenue was attributable to its recent recovery from the low base a year ago, when the pandemic negatively impacted its business in 2020.

In the first half of 2021, the profit attributable to the owners of the company, was US$170.3 million, compared to the loss attributable to owners of the company of US$136.8 million recorded for the corresponding period last year. The basic earnings per share for the first half of 2021 was 10.57 US cents, compared to the basic loss per share of 8.49 US cents for the corresponding period of last year.

The Group is inclined to preserve cash momentarily during the dynamic business environment until the pandemic is under control and the company’s profitability has stabilized. It remains committed to upholding a relatively steady dividend level over the long term.

For the six months ended June 30, 2021, revenue attributed to footwear manufacturing activity (including athletic/outdoor shoes, casual shoes and sports sandals) increased by 11.8 percent to US$2,505.5 million compared with the corresponding period last year. The Group benefited strongly from demand recovery with the volume of shoes shipped during the period increasing by 5.0 percent to 136.4 million pairs, with the continued refinement and optimization of its capacity and product mix.

The average selling price increased by 6.5 percent to US$18.37 per pair compared with the corresponding period last year, led largely by demand for high-end categories in its product portfolio and the continued efforts to upgrade its mix focused on high-value orders.

The Group’s total revenue, with respect to the manufacturing business, including footwear, soles, components, and others, was US$2,786.6 million in the first half of 2021, representing an increase of 15.2 percent as compared to the corresponding period last year.

In the six months ended June 30, 2021, revenue attributed to Pou Sheng, the Group’s retail subsidiary, increased by 21.2 percent to US$2,020.5 million, compared to US$1,667.1 million in the corresponding period of last year. In RMB terms, Pou Sheng’s reporting currency, revenue in the first half of 2021 increased by 11.4 percent to RMB13,073.9 million compared to RMB11,740.2 million in the corresponding period last year. The increase in revenue was mainly attributed to strong consumer recovery in China in the first quarter, despite the impact of market dynamics in the second quarter of 2021. As of June 30, 2021, Pou Sheng had 4,968 directly operated retail outlets and 3,860 sub-distributors stores across the Greater China region representing a net closure of 247 stores as compared with the year-end of 2020, a result of continued refinement of its store portfolios.

Gross Profit
In the six months ended June 30, 2021, the Group’s gross profit increased by 48.7 percent to US$1,238.4 million. The gross profit of the manufacturing business increased by 52.7 percent to US$508.6 million, whilst the gross profit margin expanded by 4.5 percentage points to 18.3 percent, as compared to the corresponding period of last year, alongside positive operating leverage. Its cost structure was well-streamlined primarily due to a higher-order fill rate and more balanced capacity utilization, all of which attributed to increased operational efficiency.

Pou Sheng’s gross profit margin increased by 6.1 percentage points to 36.1 percent in the first half of 2021, as compared to the corresponding period of last year, which was mainly attributed to its effective promotion strategy, disciplined discount control and enhanced sales mix, along with increasing sales. Gross profit margins for the overall Group, manufacturing business and Pou Sheng all registered sequential improvements during the second quarter of 2021, as compared to the first quarter of 2021.

Net other expenses for the first half of 2021 decreased by 68.0 percent to US$46.2 million (first half of 2020: US$144.3 million), equivalent to approximately 1.0 percent (first half of 2020: 3.5 percent) of revenue. The sharp decrease was mostly due to a high base in the corresponding period of last year, the majority of which were one-off charges totaling US$84 million arising from factory adjustments on the manufacturing side.

Prospects
The Group is cautiously optimistic about its continued recovery momentum, particularly for the demand for its manufacturing business, with many global vaccination campaigns proceeding well. This will further support the recovery of global demand for the Group’s footwear products.

The Group recognizes, however, the heightened operating risks on the manufacturing side, posed by the resurgence of COVID-19 in certain Southeast Asian countries where its production sites are located, which has disrupted its operational efficiency thus far into the third quarter of 2021. The Group will continue to look at ways to maintain the highest level of flexibility to sustain its efficiency and productivity, and leverage its core strengths, adaptability and competitive edges to overcome any short-term disruptions and safeguard its growth recovery and sustainable profitability.

It will continue to prioritize value growth, rather than pure volume growth, and will leverage the ‘athleisure’ trend and seek more premium orders with a better product mix. It will continue to allocate and expand its manufacturing capacity, where needed, in the coming quarters while balancing increasing demand and its order pipeline, as well as labor supply, which will hinge on the extent of the COVID-19 outbreak in Southeast Asia.

With the Group having recently rolled out the third wave of SAP ERP implementation in its manufacturing business as an integral part of its digital transformation strategy, it will continue to explore ways to digitalize its processes for manufacturing excellence. Over the longer term, it will continue to adapt its production capacity and capability to cater to the fast-moving market environment and ongoing trends, including increased demand from brand customers for greater versatility, flexibility, faster turnaround times, on-time delivery, and end-to-end capability. This includes enabling more flexible set-ups and frequent line change-overs through process re-engineering, increased automation levels and ERP system implementation to optimize its ongoing manufacturing strategy, and finally, leveraging on its Greater China retail operation for better cross-business synergies. This will ensure that the Group can continue to provide differentiated value-added and services to customers and strategic partners with whom it has long-term relationships.

With respect of its retail business, Pou Sheng, the Group, is cautiously optimistic about its long-term growth with its digital transformation and cross-channel integrations supported by its optimized channel structure, diversified B2C channels and interactions with consumers that use sports services content to enrich the consumer experience. While its short-term performance will be impacted by current market conditions and uncertainties, it expects its path to recovery to continue in a neutrally optimistic manner. It will also closely monitor the market dynamics in Mainland China while working closely with its brand partners for sustainable growth.

Lu Chin Chu, chairman, commented, “While our strong performance in the first half of 2021 was supported by a recovery in market demand, we should not lose sight of the contribution that came from the implementation of our long-term strategies. This includes the significant progress we have made in enhancing our product mix and improving our production efficiency. Although some short-term headwinds remain, we will continue to focus our full efforts in positioning ourselves for sustainable and profitable growth.”