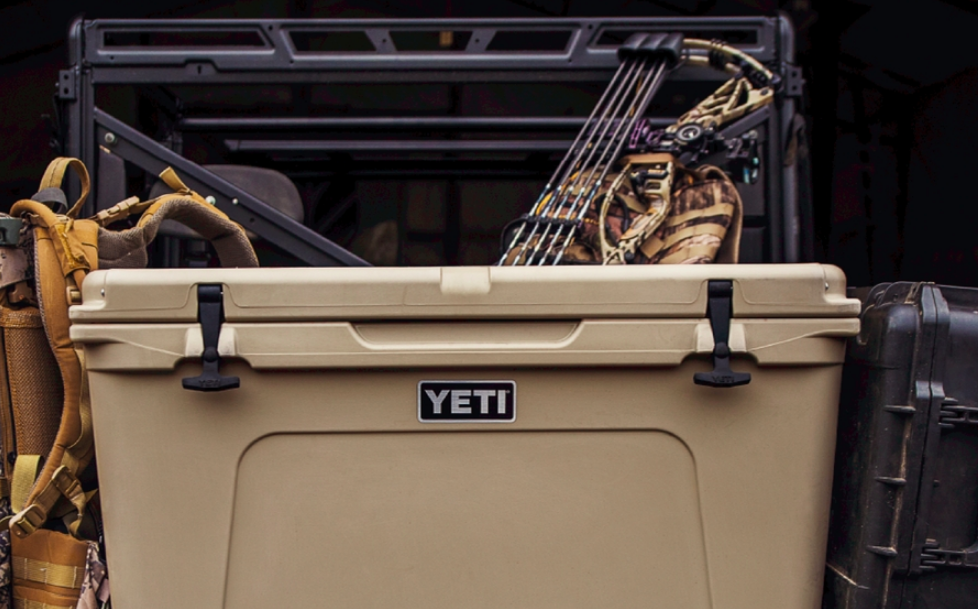 Yeti is taking its second crack at going public after seeing sales plunge 22 percent in 2017 and witnessing a robust recovery so far this year.

Yeti had previously filed to go public in July 2016, but officially withdrew its initial filing in March of this year. The company never provided a reason for postponing its offering, but the prospectus shows that the company saw a sharp slowdown in business in the second half of 2016.

Driven by strong customer demand and a shortage of product in 2015, retailers wound up aggressively stocking up on Yeti products during 2016. That helped drive up sales in 2016 by 74.6 percent to $818.9 million.

But the aggressive buys led to excess inventory in the wholesale channel and drove many of the company’s retail partners to reduce purchases in the first half of 2017.

Yeti added, “During this period, we were also impacted by a challenging wholesale marketplace generally, notably the delayed merger of Bass Pro Shops and Cabela’s, which slowed ordering, negative trends in the U.S. retail environment, including several retailer bankruptcies and the repositioning by a major retail partner towards ‘every day low prices’ and private label products at the expense of our premium products.”

Finally, Yeti said the company settled several lawsuits it had initiated against competitors over copyright allegations. While the settlements were favorable to Yeti over the long-term, during the first half of 2017 they resulted in competitors being allowed to liquidate the disputed inventory at low prices.

“These initiatives enabled us to successfully expand our customer base, both demographically and geographically, enhance existing product lines, accelerate new product innovation and improve customer service,” Yeti wrote. “Furthermore, despite the challenges during 2017, our brand remained strong and Yeti awareness continued to grow. Today, we operate a more balanced omni-channel distribution model, anchored by a stronger and more diversified retailer network and more powerful DTC platform, with a wider range of products. As a result, we believe that we are better positioned to achieve sustainable long-term growth.”

The prospectus shows that the business has turned around with sales ahead 35 percent in the first six months of this year on healthy profitability gains. The prospectus also details that the brand has further diversified the company’s product mix and customer base well beyond its roots in hunting and fishing that brothers Roy and Ryan Seiders founded the brand on in 2006 and beyond the original hard cooler the brand was first known for.

The company wrote, “Today, we are a rapidly growing designer, marketer, retailer and distributor of a variety of innovative, branded, premium products to a wide-ranging customer base. Our brand promise is to ensure each Yeti product delivers exceptional performance and durability in any environment, whether in the remote wilderness, at the beach or anywhere else life takes you.”

Yeti’s prospectus also detailed a number of surveys that showed the brand still has a passionate fan base. Indeed, the company’s passionate following was cited as a main reason the brand stands out from competitors.

“The Yeti brand stands for innovation, performance, uncompromising quality and durability,” the company wrote in the prospectus. “We believe these attributes have made us the preferred choice of a wide variety of customers, from professional outdoors people to those who simply appreciate product excellence. Our products are used in and around an expanding range of pursuits, such as fishing, hunting, camping, climbing, snow sports, surfing, barbecuing, tailgating, ranch and rodeo and general outdoors, as well as in life’s daily activities”

According to the prospectus, the Yeti brand is embodied and personified by its Yeti Ambassadors, a diverse group of men and women from throughout the U.S. and select international markets, comprised of world-class anglers, hunters, rodeo cowboys, barbecue pitmasters, surfers and outdoor adventurers. The brand said its successful brand-building strategy is partially demonstrated by the approximately 1.4 million new customers to Yeti.com since 2013 and approximately 1.0 million Instagram followers as of June 30, 2018. In 2017 and the first six months of 2018, Yeti added approximately 0.5 million and 0.2 million new customers to Yeti.com, respectively.

Yeti further pointed to a May 2018 Yeti owner study that indicated that 95 percent say they have proactively recommended Yeti products to their friends, family and others through social media or by word-of-mouth. The company stated, “Their brand advocacy, coupled with our varied marketing efforts, has consistently extended our appeal to the broader ‘Yeti Nation.’ As we have expanded our product lines, extended our Yeti Ambassador base and broadened our marketing messaging, we have cultivated an audience of both men and women living throughout the United States and, increasingly, in international markets.”

Finally, Yeti noted that based on annual owner studies, from 2015 to 2018, Yeti’s customer base has evolved from 9 percent female to 34 percent and from 64 percent aged 45 and under to 70 percent. While continuing to expand with heritage hunting and fishing communities, Yeti’s customer base has evolved from 69 percent hunters to 38 percent during that same time period as appeal broadened beyond those heritage communities. Further, based on the company’s quarterly Brand Tracking Study, Yeti’s unaided brand awareness in the coolers ands drinkware markets in the U.S. has grown from 7 percent in 2015 to 24 percent in 2017, representing 243 percent growth during that period and “indicating significant opportunity for future expansion, particularly in more densely populated United States markets.”

A second reason Yeti stands out is its design capabilities and product development. The company expanded well beyond the original hard cooler offering and beyond its hunting and fishing heritage with a number of new products, including soft coolers, drinkware, travel bags, backpacks, multipurpose buckets, outdoor chairs, blankets, dog bowls, apparel and accessories.

According to the prospectus, “Our current product portfolio gives customers access to our brand at multiple price points ranging from a $20 Rambler tumbler to a $1,300 Tundra hard cooler. We expand our existing product families and enter new product categories by creating solutions grounded in consumer insights and relevant market knowledge. We believe our product families, extensions, variations and colorways, in addition to new product launches, result in repeat purchases by existing customers and consistently attract new customers to Yeti.”

Yeti also believes it benefits from the company’s balanced distribution. As of June 30, 2018, Yeti sold through nearly 4,800 independent retail partners, including outdoor specialty, hardware, sporting goods and farm and ranch supply stores among others. DTC has grown from 8 percent of sales in 2015 to 30 percent in 2017. DTC also helps Yeti directly interact with customers, more effectively control the brand experience, better understand consumer behavior and preferences and offer exclusive products, content and customization capabilities. Said Yeti, “We believe our control over our DTC channel provides our customers the highest level of brand engagement and further builds customer loyalty, while generating attractive margins.”

Finally, Yeti said the company stands out for its scalable infrastructure that is expected to support future growth and experienced management team, led by President and CEO Matt Reintjes.

In the six months ended June 30, sales jumped 34.4 percent to $341.5 million. The increase was driven by growth across both wholesale and DTC channels.

Net sales through DTC jumped 75 percent to $105.8 million. DTC sales were driven by an increase in customer purchases on Yeti’s website and Yeti Authorized on the Amazon Marketplace as well as increased consumer and corporate customized Drinkware and hard cooler sales primarily from Yeticustomshop.com.

By product category, Coolers & Equipment sales in the half increased 21 percent to $153.3 million. The overall category benefitted from a continued increase in hard cooler sales and the expansion of soft cooler products, as well as the introduction of several storage, transport and outdoor living products.

Drinkware sales increased 49 percent, to $176.7 million and benefitted from the expansion of Drinkware product line, new Drinkware accessories and the introduction of new Drinkware colorways.

Gross margins in the period decreased 70 basis points to 46.2 percent from 46.9 percent. Price reductions on select hard cooler, soft cooler and Drinkware products in the second half of 2017 and in 2018 to reposition these products in the market to create pricing space for planned new product introductions reduced gross margin by approximately 570 basis points. Increased inbound freight expense on incoming Drinkware colorways to meet increased demand reduced gross margin by approximately 120 basis points.

These reductions in gross margin in the six months were partially offset by the favorable benefit of 320 basis points from leveraging fixed costs on higher net sales, 180 basis points from increased higher margin DTC channel sales and 70 basis points incurred in the prior period for price protection related to the first-generation Hopper.

SG&A in the six months increased 17 percent overall but was lowered by 540 basis points to 35.5 percent as a percent of sales due to sales leverage.

Net income came to $15.6 million against $156,000 a year ago. Adjusted to exclude including stock-based compensation expense, transition expenses in becoming a public company, costs related to recruiting new additions to management, investments in new retail locations and international market expansion and other non-recurring items, adjusted net income was $24.5 million against $5.3 million a year ago.

The company has filed with the SEC to raise up to $100 million in an initial public offering. However, according to Renaissance Capital, that deal size is likely a placeholder for an IPO that the research firm estimates could raise upwards of $300 million.

The amount of shares to be sold, shares being sold by the company versus selling shareholders, as well as projected offering price, has not yet been revealed. In 2012, the founding Seiders brothers sold majority ownership in Yeti to private equity firm Cortec Group Management Services LLC. Cortec will control more than 50 percent of the total voting power of Yeti’s common stock following the offering and remain its largest stockholder. 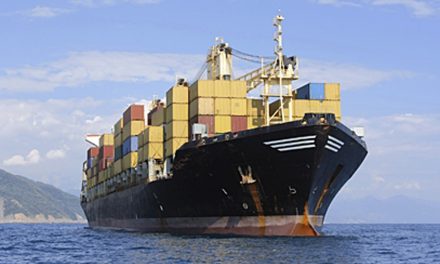 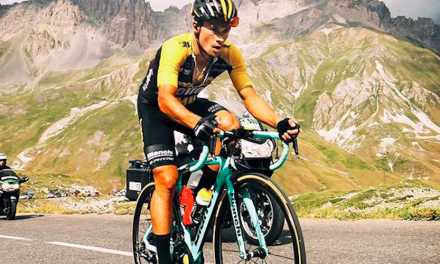